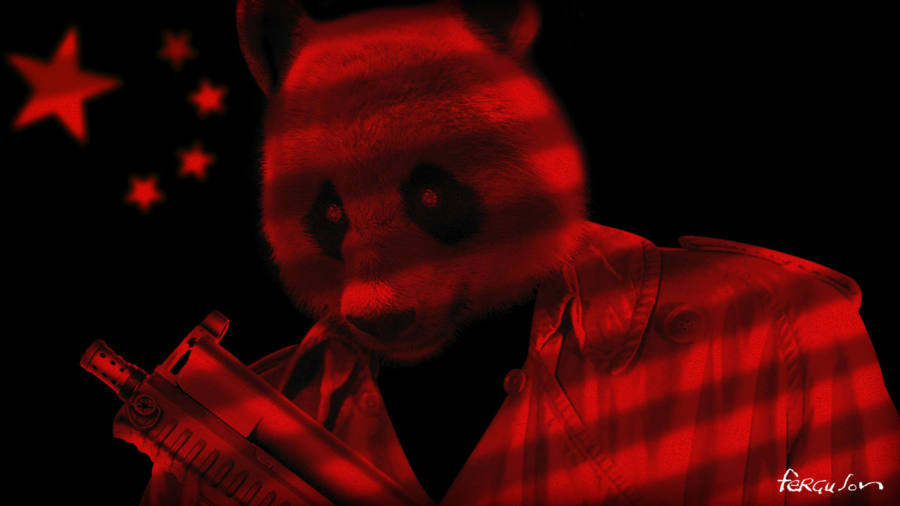 What is China up to? From Hong Kong to Taiwan and from the South China Sea to the Indian border, the Chinese government, led by President Xi Jinping, is pursuing more aggressive policies. There is growing concern about Beijing’s behaviour, not just in Washington but in Delhi, London, Tokyo and Canberra.

The Chinese government may feel that coronavirus makes this a good time to act, while the world is looking away. The turmoil on the streets of America has further divided and distracted the west. But democracies cannot afford to lose focus on east Asia. A new global crisis could easily break out there, with even graver long-term consequences than the pandemic.

After 40 years of rapid economic growth, China is now — by some measures — the world’s largest economy. Its navy has more warships and submarines than that of the US. Its internet bubbles with nationalistic chatter about the inexorable rise of the nation.

The biggest grossing film in Chinese history is Wolf Warrior 2 — a Rambo-style action movie, released in 2017, that features heroic Chinese soldiers battling against mercenaries, led by a racist American. A promotional poster for the film featured the slogan, “Anyone who insults China — no matter how remote — must be exterminated”. When Chinese diplomats respond to criticism of Beijing with threats and insults, they are often said to be practising “wolf-warrior diplomacy”.

But, alongside the pride, there are plenty of reasons for paranoia at the top levels of government in Beijing. The past 12 months have presented Mr Xi with an unprecedented range of threats and challenges. The pandemic has seen China widely accused of responsibility for a global calamity. A regime that used to believe it needed 8 per cent growth a year to maintain social stability now has to deal with a deep economic contraction — compounded by a trade war with the US. Pro-democracy protests in Hong Kong have continued for more than a year and represent a severe challenge to Communist party authority. And in January, Taiwan’s president, Tsai Ing-wen, won a crushing re-election victory — a humiliation for Beijing, which had worked hard to undermine her.

All of this seems to be creating a siege mentality in government. In response, Beijing has intensified its appeal to nationalism. The propaganda goal is to rally the people against external threats and deflect anger about Covid-19 outwards, to the world beyond China.

Beijing’s external and internal policies are increasingly bold and aggressive. A new national security law is to be imposed on Hong Kong, which threatens to inflict mainland-style censorship on a free city. Military exercises and rhetoric aimed at intimidating Taiwan have been stepped up. Confrontational naval activity in the South China Sea has also increased, aimed at rival claimants such as Malaysia and Vietnam. Thousands of Chinese troops have skirmished with the Indians at their disputed border — albeit without known fatalities. Some hawks in Delhi claim China has seized some 40-60 square kilometres of Indian territory. Countries that dare to criticise China over Covid-19 are getting a dose of wolf-warrior diplomacy — Beijing even imposed tariffs on some Australian exports, after Canberra called for an international inquiry.

The Xi government may genuinely be convinced that hostile “outside forces” are plotting against China. But understanding how the world looks from Beijing’s perspective cannot slide into acquiescence. Even if Mr Xi and his cohorts firmly believe that China’s actions are “defensive” in nature, the system they are defending is a one-party state that seeks to repress criticism at home and abroad — while pushing forward with a series of unreasonable international demands.

Beijing will argue its case on legal, diplomatic and historical grounds. But it will never convince democratic countries in Asia and the west to be anything but horrified by the sight of China threatening the freedoms of Hong Kong and Taiwan.

The fact that China is the rising power of the 21st century means Beijing’s actions now have global implications. Countries around the world watch the wolf-warrior diplomacy — and wonder if they might be next in line for coercion.

China’s policy has always been to make an example of countries that displease it. Foreign nations or leaders that upset Beijing find themselves shut out of meetings and business deals. These tactics are often effective because the global response is so divided. Critics of Beijing can be singled out for punishment — as has just happened with Australia. Over the years, China has learnt that an aggressive response often works, persuading foreign critics to back down.

Changing that pattern of behaviour will require a more unified and principled response from the world’s democracies, perhaps through the formation of a permanent contact group to discuss policy towards China. Given the paranoia and nationalism in Beijing, there is clearly a danger that a tougher, more co-ordinated response will spark an even more aggressive reaction. But the bigger danger is that the outside world is too distracted, divided and intimidated to respond coherently. That may persuade Beijing to take one risk too many — plunging the world into a new and dangerous crisis.