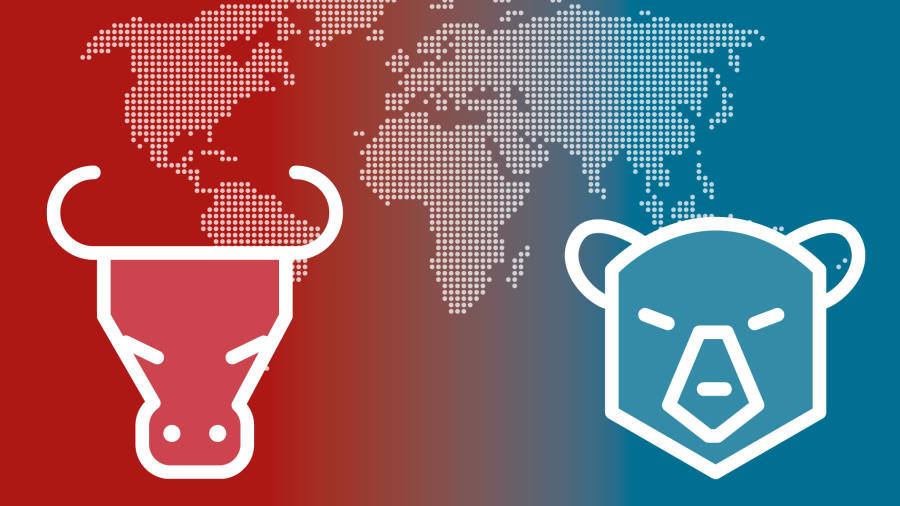 US stocks notched up their longest losing streak since early May as investors remained cautious about the prospect of a breakthrough in the trade dispute between the US and China against the latest rhetoric from Washington.

Presidents Donald Trump and Xi Jinping are expected to meet on the fringes of this week’s G20 summit in Osaka. Mr Trump told Fox Business it was possible the US would reach a deal with China, but additional tariffs remained an option if not.

Beforehand, US Treasury Secretary Steven Mnuchin told CNBC that a deal was “90 per cent complete”.

That assessment echoed remarks made in April, and gave an initial lift to investor sentiment in early trade and soon after Mr Trump gave his latest interview.

Mr Trump doubled down on his criticism of the Federal Reserve, going as far as suggesting the European Central Bank’s president, Mario Draghi, should take the helm of the US central bank because chairman Jay Powell was doing a “bad job”.

Wall Street’s S&P 500 finished 0.1 per cent lower, having been up as much as 0.5 per cent in early trade. It was the benchmark’s fourth consecutive down day and the longest losing streak since early May.

The Dow Jones Industrial Average fell less than 0.1 per cent, while a strong showing for chipmakers helped the Nasdaq Composite cling to a ⅓ of 1 per cent advance.

Investors stepped away from US government debt, despite the soft day for equities, helping lift the yield on 10-year Treasuries 5.8 basis points to 2.0503 per cent, and the two-year yield up 6.7 bps to 1.7730 per cent.

The trading pattern survived bleak US data, which pointed towards slowing economic growth. Durable goods orders for May fell 1.3 per cent month-on-month, significantly worse than the decline of 0.3 per cent forecast, stoking fears about the impact of the trade dispute on demand for products such as cars and domestic appliances.

The dollar index, which hit a three-month intraday low on Tuesday, strengthened by 0.1 per cent to 96.233 and even as Mr Trump again accused other countries and their central banks of keeping their currencies weak.

Gold’s brisk run higher cooled, with the metal shrinking back from six-year highs, down 1 per cent to $1,408.95. That leaves it up by over 8 per cent this month, amid demand from investors seeking protection from wider macroeconomic uncertainty.

Brent crude continued to rise, with attention also on tense geopolitics in the Middle East. The international oil marker settled up 2.2 per cent at $66.49, taking it up over 10 per cent from its June lows.

European bourses were steady having turned around from modest declines as the US trade rhetoric improved. They were led higher by sectors exposed to the dispute. The export-heavy Xetra Dax 30 rose 0.1 per cent against a 0.3 per cent decline for the region-wide Stoxx 600. The index tracking industrial metals stocks rose 2.5 per cent.