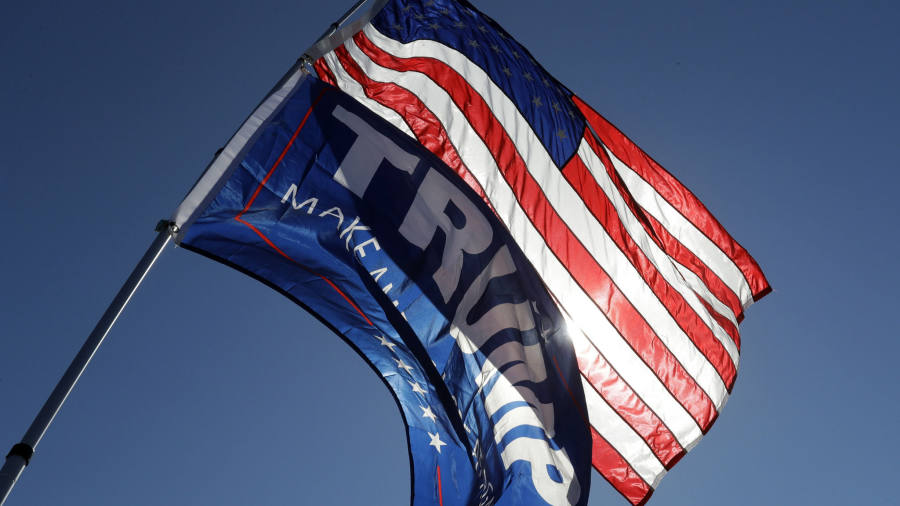 The US president and those around him are set on a showdown with China for mastery of the century. There is assent — even enthusiasm — from other quarters of the American establishment. As well as the end we know the means: tariffs and sanctions rather than ordnance, though both countries are arming and a proxy skirmish in some third nation is not all that hard to picture.

So that is decided, then. If history is whatever leaders elect to do, we can anticipate the outlines of the next 50 years, and they are as fraught as billed. The air of certainty, even teleology, that is starting to characterise talk of a new cold war is warranted. It will happen. The great lever-pullers of state say so.

Just a small word, though, about the 330m Americans below them. If there is to be a lasting struggle with China, the US public, who can vote for something else whenever they want, will have to consent. This implies an open-ended public tolerance for economic disruption, military expenditure and the sheer psychic burden of conflict, with its high-risk moments and enervating longueurs. Perhaps the appetite is there. Even if it is not quite yet, I suspect it can be rallied. But to take popular support for granted — or to not even account for it, as though all that is needed for a conflict is the bellicosity of two governments — is to see politics exclusively from the commanding heights.

The similarities between the onset of the cold war and the world of today are plain enough. There is the bipolarity and the clash of governing models. Less is said about the differences.

When the US entered its long contest with the Soviets, it was, in a way that seems almost quaint now, a nation suited to a war footing. Deference to government was near-unanimous. As late as 1964, 77 per cent of Americans said they trusted Washington most or all of the time. The military still bathed in the afterglow of the second world war. Conscription in peace time, and in the Korean war, happened without wrenching acrimony. Citizens bore high tax rates, knowing that the receipts were not just funding their own interstate roads but the defence of West Germany and Japan. There was so little partisanship that the consecutive presidencies of Harry Truman (a Democrat) and Dwight Eisenhower (a Republican) seemed more or less of a piece.

No doubt, there were rumblings under the conformist 1950s idyll. The mistreatment of black Americans was an increasingly vexed question. A counterculture was in utero. Both of these forces would break through in the next decade. But otherwise, the cultural resources were there for an indefinite competition against a foreign power. The governing class did not strain to persuade people of the necessity of the fight and its attendant hardships.

You need only itemise these facts to understand the contrast with today. In March of this year, 17 per cent of Americans said they trusted Washington most or all of the time. The armed forces themselves are revered, but the effectiveness of hard power-projection is now doubted even by conservatives. As for cross-partisan unity, it is a feat to imagine how there could be less of it. Gauging the public’s tolerance of economic pain is tricker, yes, but polls suggest a nation split over tariffs, with opinion trending against them. At the start of the cold war, there was living memory of a depression and wartime privation. There is none of either now.

The problem with realpolitik was always its “billiard ball” view of states. It treats them as undifferentiated entities bumping against each other. Their internal characteristics are held to matter less than their timeless goal, which is survival and, to that end, power. It makes for theoretical elegance — the scholar’s idea of success — but it is not a description of reality. It matters that the US is a messier, more sceptical nation than the one that volunteered for an unlimited tussle with communism a human lifetime ago.

The point is not that America today lacks the “stomach” or the “heart”, or any other body part, for a fight, but that it might not see the need for a fight in the first place. The burden is on the governing class to show that a nation posing no conventional threat to the homeland must be countered, over an unspecified period, and at some expense.

Too many assume that this has already been done, or that it does not matter. Just because the structure of international relations seems to mandate a new cold war, and some in power will one, it does not follow that it is inevitable. The public matter, too, and where they stand remains mysterious. The next election will start to tell us. The century is not written.

Let me make it clear about English and Comparative Literary Studies