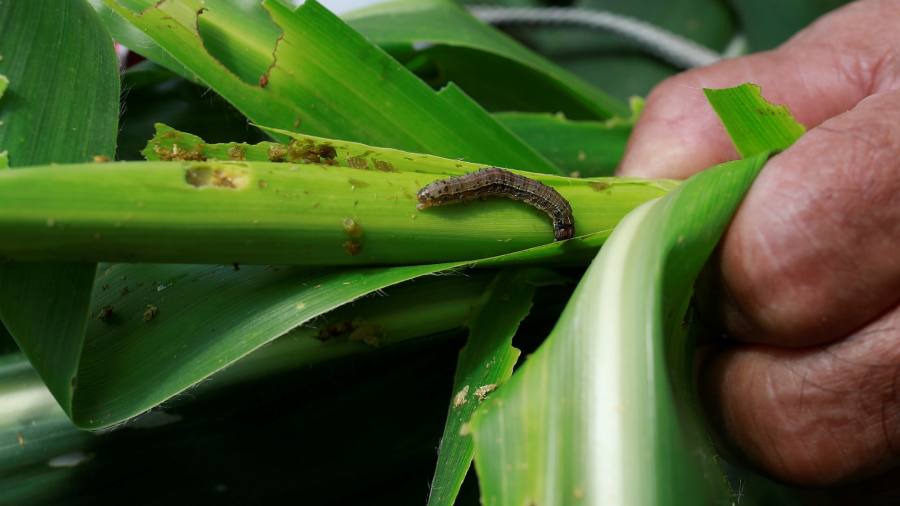 China has now found the crop-destroying fall armyworm in over half of its provinces, further threatening the country’s food security amid an outbreak of African swine fever that has led to the culling of at least 1m pigs.

China’s agriculture ministry said on Wednesday that it had found fall armyworm in 19 of its 34 provinces, largely in the south of the country, covering 5m mu (333,333 hectares) of cropland. The ministry added that it was continuing to spread north, but that “timely and vigorous preventative measures” had slowed its progression.

China is the world’s second-largest producer of corn, with production of the staple focused in the country’s north east.

Fall armyworm is a caterpillar native to North and South America. It was first detected in Africa in 2016, and has gradually spread across South and Southeast Asia. Invasions can result in corn yield losses as high as 50 per cent, and adult moths can travel hundreds of kilometres.

The UN’s Food and Agriculture Organisation has said fall armyworm “is far too widespread and numerous to be eliminated” from areas it has invaded extensively, leaving farmers to attempt to limit losses through a combination of chemical and biological pesticides, genetically modified variants of corn or alternative crops.

Their relentless march comes as China is battling an outbreak of African swine fever. More than 1m pigs have been culled across China, devastating a domestic pork industry worth some $128bn. Swine fever has now spread to every province in China.

The twin outbreaks are expected to further push up food price inflation, according to analysts at Capital Economics. Data released earlier this month showed consumer prices rising at the fastest pace in 15 months, driven largely by an 18.2 per cent year on year rise in pork prices.