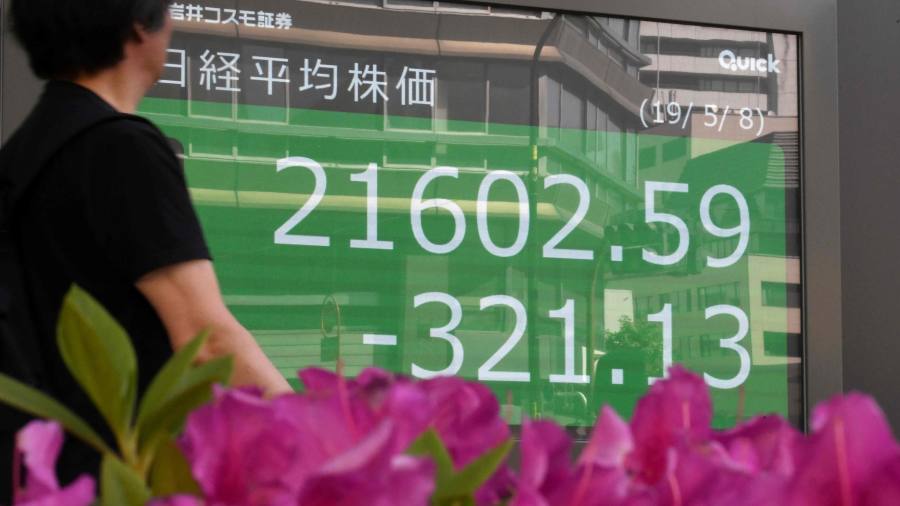 Equity markets in Asia-Pacific were mixed on Wednesday as trade war fears showed signs of easing, following a rebound on Wall Street after optimistic remarks from President Donald Trump.

Japan’s Topix slipped 0.2 per cent after closing at a four-month low on Tuesday. The index had risen slightly at the open before reversing gains. Nissan dropped 7 per cent as profits at the carmaker fell to their lowest level in more than a decade.

Australia’s S&P/ASX 200 rose 0.2 per cent after ending lower on Tuesday. South Korea’s Kospi index was flat after it switched between losses and gains in early trading.

Futures tip Hong Kong’s Hang Seng index to open up 0.3 per cent later this morning. The index has lost 5.3 per cent this month but remains up 8.8 per cent on the year.

Overnight on Wall Street, the S&P 500 finished 0.8 per cent higher, after gaining as much as 1.5 per cent during the trading day. The move came as Mr Trump issued a series of tweets that appeared to signal optimism that the US-China trade war could be resolved quickly.