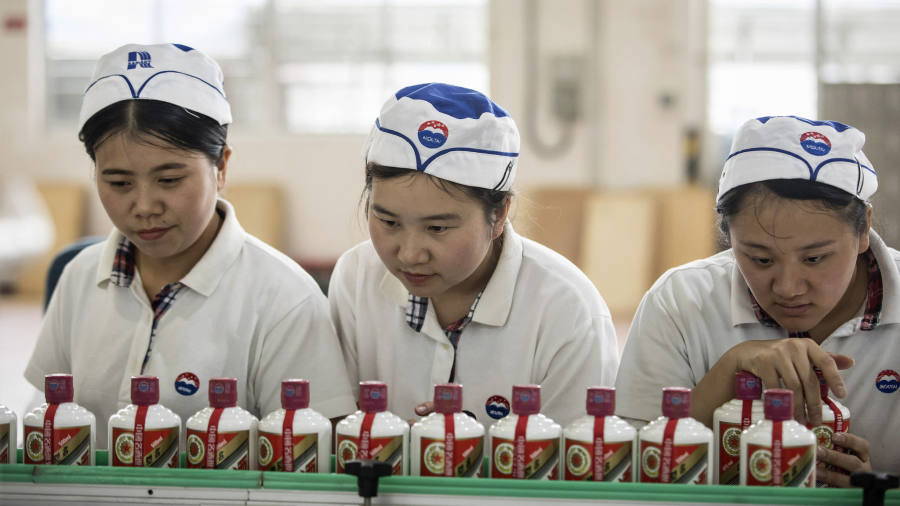 Some say baijiu, a traditional Chinese liquor, tastes like paint thinner with sugar. Fans say it is pure sweetness. They included Mao Zedong, who toasted the People’s Republic in baijiu made by Kweichow Moutai. Investors have less reason to greet a drastic sales overhaul at the company by yelling “Ganbai!” (cheers!).

China is the biggest alcohol market and Moutai is the world’s largest distiller by value. Its Maotai brand is the top baijiu. This is so popular some joke it is the official bribe of China. The drink is the cash cow of Moutai, whose shares have gained 50 per cent this year, twice as much as the CSI 300 index.

Success can breed a sense of entitlement. Moutai’s parent, Moutai Winery Group, is setting up an unlisted subsidiary with a separate sales network. This unit will sell its baijiu directly to customers. A portion of sales would be taken away from the listed company’s 3,000 sales staff.

That appears unfair. The parent owns 100 per cent of the new sales company, compared with 62 per cent of Shanghai-listed Moutai. Profits that should have been Moutai’s may be diverted from the unlisted company to the parent at the expense of independent shareholders.

New chairman Li Baofang may be thinking that cutting out middlemen will raise margins. For now, Moutai is on track to meet its 14 per cent revenue growth target for the year. A gross profit margin of 91 per cent is impressive.

Longer term, the new company could eat into Moutai’s profits. Shares fell as much as 13 per cent this week, but still trade at a steep 26 times forward earnings.

Beijing’s Belt and Road Initiative gives Moutai a chance to increase exports. A prospering middle class should support domestic sales. But if one day drinkers of Maotai outnumber those of Smirnoff, investors would still see a smaller cut of the windfall. As the supply of good cheer grows, external investors are destined to slurp a smaller proportion of it.

Effect on credit history. Simply how much do payday advances adversely impact your credit rating?