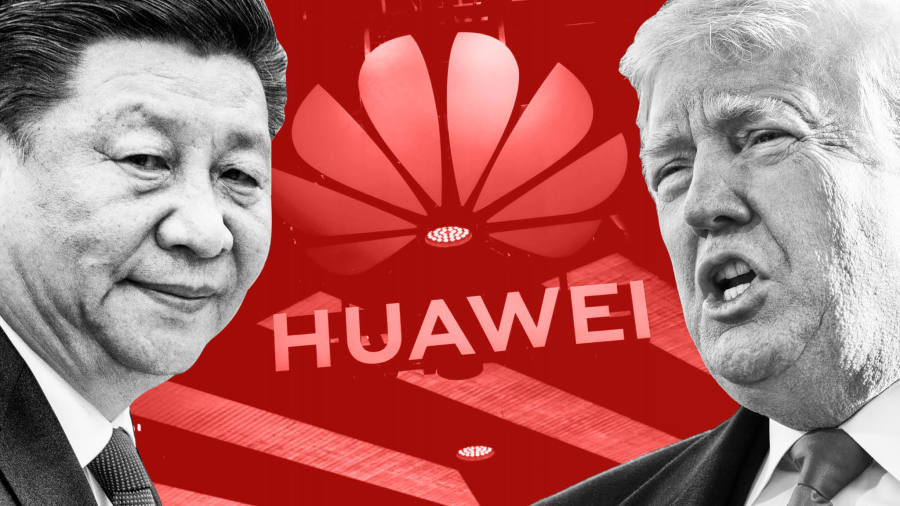 Washington’s decision to blacklist Huawei, preventing US companies from buying its products, may be a death sentence for China’s leading technology group. It is hard to see how Huawei can survive without a negotiated settlement between presidents Donald Trump and Xi Jinping.

But this fight is about more than the fate of one company. After 30 years of globalisation, we now face the very real prospect that an economic iron curtain may descend. Technology has become a core problem in the US-China relationship, blurring the lines between economic competitiveness and national security. The battle is about whose economy will drive the technology of the future and set the standards for it.

These issues are among the most intractable because they strike at the core of each country’s national security and competitiveness, and there is no playbook for resolving them. Increasingly, the west and China will compete over whose technologies and standards will become dominant. The battle could fragment the world as some regions choose Chinese products and standards while others opt for infrastructure that is dependent on US and western technology and standards. One likely source of friction is the competition to build and deploy 5G architecture, which will underpin a vast array of commercial and military technologies.

Mutual efforts to exclude one another’s technologies from national supply chains would break the global innovation ecosystem. For strictly military systems, there is of course a straightforward national security basis for exclusion. But few hardware or software systems are straightforwardly military any more.

The US faces a twofold problem. First, other countries are unlikely to sever their technology relationships with China. A full-blown US push to freeze out applications with widespread or beneficial commercial uses is likely to flounder when other countries refuse to go along.

Some wealthy democracies may follow the US and seek to strip Chinese equipment out of their backbone technological systems. But most, and maybe all, developing economies will not and neither will some US allies.

America also risks isolating itself. The Huawei supply ban will reverberate well beyond China because it sets a precedent. Others may stop doing business with American companies and relying on US suppliers rather than run the risk that Washington might step in and inflict great harm on them by terminating the commercial relationship.

Understandably, Americans abhor China’s history of pervasive technology theft and forced technology transfer. They also rightly dislike the Chinese models of internet governance and regulation. But innovation cannot be separated from competitiveness. Balkanising technology could harm global innovation, hurting the competitiveness not just of Chinese firms but also of US companies around the world.

US policymakers are now focused on finding ways to hurt China and weaken its technological progress in advanced and emerging industries such as artificial intelligence, quantum computing, and advanced manufacturing. But they aren’t focused enough on what that effort might mean for America’s own technological progress and economic competitiveness, both of which underpin our national security.

As much as business and innovation leaders welcome the actions the US government is now taking to protect vital new technologies, they worry that government bureaucrats will introduce controls without fully considering the impact on America’s global position and its access to some of the world’s largest and fastest-growing markets.

Detaching the US from Chinese entrepreneurs, scientists and inventors — and the ecosystem in which they foster innovation — will undermine America’s own ability to innovate. China and other countries will continue to jointly make progress by working with one another.

At worst, we could sequester so much important technology in the US that American companies would no longer be able to participate in the international research collaborations and supply chains that fuel the fastest-growing industries. The US would also lose its place as the world’s most attractive investment destination.

The whole world will be watching when Messrs Trump and Xi attend the G20 meeting in Osaka on Friday. Business and government leaders everywhere hope the two leaders can reboot the trade negotiations and drive them to a successful conclusion. But as arduous as these talks have been, this challenge pales in comparison to managing the looming technology competition.

This is the paramount challenge for US economic and national security because innovation is one of America’s defining strengths. We need to protect it — but without erecting an economic iron curtain that weakens us by closing us off from other innovative economies and people.

The writer, a former US Treasury secretary, chairs the Paulson Institute