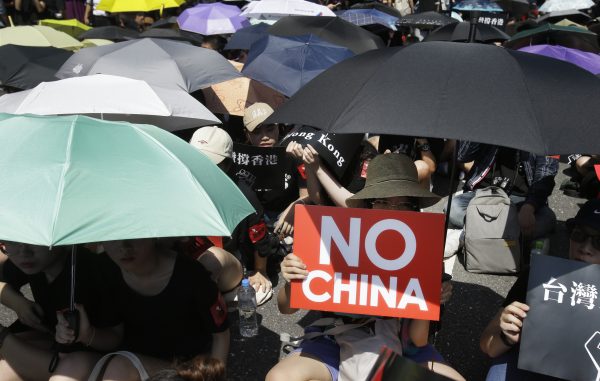 As Taiwan’s 2020 election nears, Beijing is bracing for Tsai Ing-wen’s re-election. Beijing is still struggling with winning the hearts of Taiwan’s people, and its chances of pulling Taiwan closer seemingly again largely depend on a victory by the opposition Nationalist Party or KMT.

The most recent polls show the incumbent Tsai leading her main competitor, the KMT’s Han Kuo-yu, by 16 to 33 percentage points, depending on the polling institution. Tsai’s lead represents a remarkable rebound from her Democratic Progressive Party’s (DPP’s) devastating defeat in the 2018 local elections, the same polls that saw Han emerge as the KMT’s poster boy and the president hopeful. According to Taiwan expert Bonnie Glaser, Tsai’s support has surged thanks to her adopting a firm stance against Beijing’s political pressure and utilizing the Hong Kong protests to warn against supporting pro-mainland policies and parties.

It is easy to point fingers at Beijing’s failure to woo Taiwanese hearts and minds and list the negative repercussions. The more important question is why, in spite of the thousands of missiles pointed at Taiwan, is Beijing still chronically seeking to prevent Taiwan’s independence, rather than shifting toward approaches that are less coercive and resonate more with the Taiwanese populace? It should be observable to Beijing that its attempts at coercion have mostly led to increasing support for Tsai, Why then does Beijing continue to adopt coercive policies that deter “Taiwan independence” but at a heavy cost to the hope for peaceful “unification”?

Beijing holds the belief that the idea of “Taiwan independence” is top-down by nature and made possible only by pro-independence leaders (e.g. Chen Shui-bian and Lee Teng-hui). Beijing has repeatedly condemned the DPP’s attempts at “de-Sinicization,” such as the downgrading of Chinese history in Taiwanese textbooks. Beijing also consistently frames anti-China social movements as instigated by politicians and due to economic frustration rather than the will of the public. This disregard for the Taiwan public’s spontaneous political attitudes has resulted in political measures aimed at the Taiwanese leadership — such as blocking Taiwan’s entry into international organizations and severing diplomatic ties — but neglects the real risk of fomenting discontent among the general population of Taiwan.

Under this backdrop, as tensions have escalated between China and the United States during Tsai’s administration, Beijing has become increasingly uneasy with Washington’s increased support for Taiwan. Coercive tactics are therefore employed as deterrence for deepening U.S.-Taiwan ties – as seen by Beijing’s repeated decisions to intimidate Taiwan during instances of heightened U.S.-Taiwan military cooperation. Beijing’s coercive measures are as much about warning the United States about China’s resolve to deter independence as threatening the DPP to refrain from considering such an option. However, Taiwan is observed to take most of the brunt of China’s signaling since the cost of directly antagonizing the United States is greater.

The trauma from China’s “century of humiliation” is frequently referred to a way of explaining Beijing’s relentless and uncompromising attachment to the One China principle. In addition, pressuring Tsai also serves to demonstrate Beijing’s consistency and determination to maintain political cohesion and ideological resolve, especially in times of external pressure – much owing to the paranoia that China could follow in the footsteps of the Soviet collapse.

Another rarely mentioned point is the “level-match-level” political norm prevalent in China, under which it is “out of bounds” for a divisional-level official to receive the arrival of a ministerial-level official. Since the DPP doesn’t recognize Taiwan as a province of China (the KMT maintains the idea that the Republic of China government in Taipei is the legitimate claimant of all of China), its party leader falls short of being a “national party leader.” Tsai is thus considered a mere “provincial” leader in Beijing’s eyes – and in no position to engage in dialogue with the mainland government leaders unless her party acknowledges Taiwan’s provincehood by accepting the “1992 consensus.” Beijing, therefore, has adopted forceful measures to coerce the Tsai into accepting the 1992 consensus,

In Beijing’s conception, unification can only be achieved by cooperation through official channels – a tendency that can be explained by Beijing’s belief in authoritarian governance and experience. Since a rejection of the One China policy and the DPP’s “provincial” status has left Tsai “unqualified” to communicate with the People’s Republic and Xi, Beijing sees its only option to be deterring Tsai from trending toward independence and increased cooperation with the United States, especially during times of domestic and international turbulence. By contrast, during Ma Ying-jeou’s administration in Taiwan, Beijing adopted “pro-unification” (rather than merely “anti-independence”) policies such as enhanced economic cooperation and personnel exchanges. Beijing tolerated Taiwan’s diplomatic presence, refrained from mentioning “one country two systems,” and did not respond to U.S. arms sales by militarily intimidating Taiwan.

As Tsai is likely to stay on for a second term, Beijing is also expected to continue its coercive practices. While Beijing has attempted to pair sticks with carrots – for example, through the “26 measures” aimed at “development opportunities” for the Taiwanese – the policies only benefit the Taiwanese under the condition of assimilation. Given the perceived risk of earning governance points for the DPP, it is unlikely Beijing will issue any policies that benefit the Taiwanese population without stoking fears of infringing on Taiwan’s autonomy.