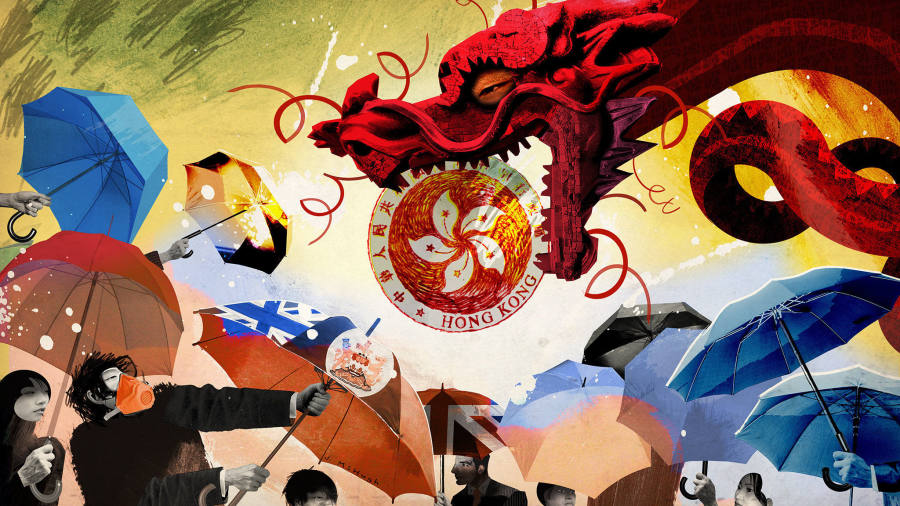 In 2015, Tony Abbott, then Australian prime minister, told German chancellor Angela Merkel that his government’s policy on China was based on a mixture of fear and greed. The view of many other western leaders during the years of China’s economic rise has been much the same.

Quite properly welcoming the growing prosperity of China, too many who regard themselves as driven at home by a concern for human rights and pluralist values have found it convenient not to pack too much of that vocabulary when accompanying a trade mission there.

So how should Britain handle its relations with China? Should we regard our responsibilities for the freedom and wellbeing of Hong Kong as an unfortunate complication in our pecuniary ventures?

The conduct of foreign policy has often had difficulty in finding a place for values. I take the rather old-fashioned view that doing the right thing in foreign affairs is usually the right thing to do. This opinion was partly formed by my experiences in Hong Kong as the last British governor. I was told over and over again that having an argument with China about protecting Hong Kong’s promised autonomy and pluralist freedoms would damage British trade with China.

As it happened, British exports to China fell in the years before my alleged trade-wrecking arrival in Hong Kong. In the years when I was there our share of OECD exports as a whole grew faster than the average in this group of countries. All this proves is that over time whatever huffing and puffing emits from China’s “struggle school” of diplomacy, on the whole politics do not have too much impact on trade. Trading with China is always difficult.

This is the attitude that inevitably affects my attitude to British obligations to Hong Kong. For many years the UK was responsible for this great Asian city with an understanding of the relationship between economic and political freedom deep in its bones. Unlike with almost every other British colony, we were not in a position to prepare it for life as an independent democracy. Under the terms of the original accord which ceded most of Hong Kong to Britain for 99 years, it always had to be handed back to China. But in a historic agreement with former Chinese leader Deng Xiaoping that was probably originally intended to speed Taiwan’s reunification with the rest of China, the basis for the return of Hong Kong was his formula that two different systems could coexist in one country.

So we were in no position to promise Hong Kong that it could decide on its own future. We assured its citizens that, under a treaty with China signed in 1984, it would be guaranteed a high degree of local autonomy and the survival of its freedom under the rule of law for 50 years after the handover in 1997.

The treaty, called the Joint Declaration, did this explicitly. It was lodged at the UN. It placed responsibilities on Britain before 1997. We managed them pretty sensitively, despite the deep anxieties engendered by the Tiananmen massacre in 1989, keeping China fully informed about what we were doing. China has to undertake similar responsibilities until 2047, and the UK has every right to discuss with China what is happening in its former colony.

China now denies that the Joint Declaration has any meaning or effect after 1997. Beijing officials say that this treaty is simply a historic document. This abrogation of legal responsibility is a declaration that China is prepared to break a treaty and go back on its word when it wants. The world should take note. If you cannot trust China on Hong Kong where can you trust it?

Hong Kong did pretty well for over a decade after 1997. By and large China let things be (though it went back on its promises to allow the continued development of democratic accountability). But the arrival of Xi Jinping as China’s president has changed things. He has rolled back Deng’s approach of a slow but steady opening up of the economy and to some extent politics. The party is now in charge of everything and Mr Xi has promoted a cult of personality.

In Hong Kong, China has tightened its grip. That is why people have been demonstrating in such huge numbers. Beijing interferes more. People have been abducted. Freedom of speech has been whittled away. Elected politicians have been banned from the legislature. The chief executive, Carrie Lam, does more or less what she is told. That is why Beijing put her there.

The proposed extradition legislation was the last straw. It would demolish the firewall between the rule of law and the rule of the Communist party in mainland China. In Hong Kong, people protested in their hundreds of thousands. They knew what was involved.

China’s ambassador, Liu Xiaoming, seems to think that Britain is trying to impede Hong Kong’s embrace by the motherland. But it is precisely that embrace by the Communist party which worries people in Hong Kong.

The violent scenes at the Legislative Council building earlier this week played into the hands of Chinese propagandists and hardliners. But they should not distract attention from the peaceful marches by up to 2m Hong Kong citizens. Anyway, one way of dealing with minority violence and with concerns about how the demonstrations have been handled would be to establish an independent and open inquiry into what has happened in recent weeks.

The British government should press for this and argue for a complete withdrawal of the previous extradition proposals. It should also make clear, as UK foreign secretary Jeremy Hunt did in his remarks this week, that there would be serious consequences if the international and binding legal agreement with China were not to be honoured. We must hope that Britain has rediscovered its sense of obligation to the citizens whose bravery and seriousness of purpose put to shame our current insular and often delusional political debate.

Britain may have lost some of its soft power recently. It would be nice to think, however, that it still understands how to behave with integrity. Our own “golden age” with China should put more emphasis on honour and less on “fear and greed”. That is where our national interest really lies.

The writer was the last British governor of Hong Kong