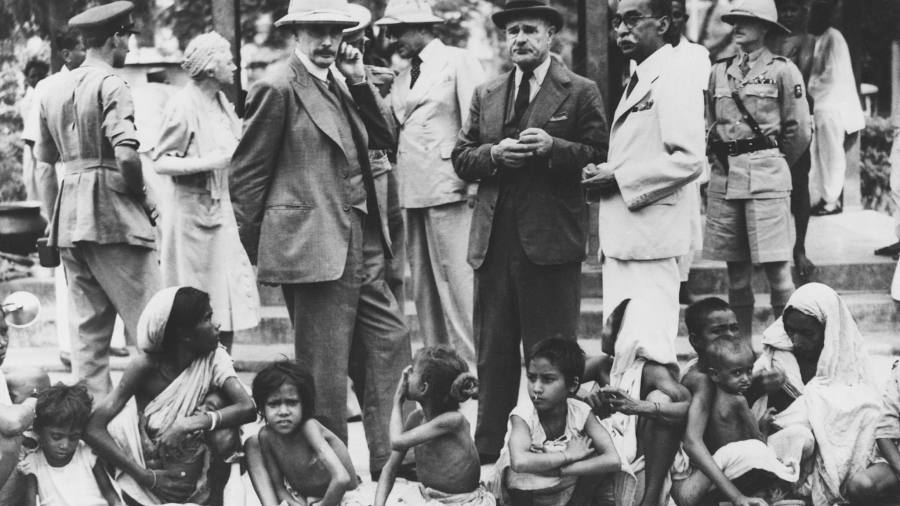 A couple of years ago I was walking through a small town in rural China when a young boy approached me nervously. I expected him to practice his English but instead he demanded to know why I had burnt down the Summer Palace in Beijing.

Drilled by his teachers on all aspects of the atrocity carried out by British and French troops in 1860, he bravely confronted the first person he saw who resembled those barbarian invaders.

Not long after that I was sitting at a dinner party in Delhi when a slightly inebriated gentleman demanded all British at the table acknowledge Winston Churchill as a far worse historical villain than Adolf Hitler.

Many in the west are barely aware that the world’s two most populous nations were founded in explicit opposition to western colonialism and imperialism, particularly the British variety. They are even less conscious of how these narratives have become powerful tools in the construction of sometimes vituperative nationalism. It is this that allowed the spokesman of the Chinese foreign ministry to claim last week — and be believed by many in China — that the coronavirus was brought to Wuhan by the US military.

Today, China and India account for almost a third of the global economy in purchasing power terms. Demographics and development levels almost guarantee their economic and geopolitical power will continue to grow. Without a clear understanding of historical events that have formed their world views, the west will find it increasingly difficult to deal with these nascent superpowers.

For the People’s Republic of China, modern history officially begins with the first opium war of 1840, when Britain defeated the Qing empire and gained the colony of Hong Kong, thus launching a “century of humiliation” that only ended with communist victory in 1949.

Virtually every schoolchild in China and India can recite the treacherous deeds of Lord Palmerston, who served twice as prime minister and dominated British foreign policy from 1830 to 1865. Everyone in Japan knows about the “black ships of American Commodore Perry” that forcefully opened the country to trade in the 1850s.

But how many British or American students have heard of Perry, the battle of Plassey or the Boxer Rebellion? How many could explain the differences between the Bengal famine of 1770 and the Bengal famine of 1943? That second tragedy, which killed millions and was exacerbated by British policy, is the reason many Indians hate Churchill so much. Indian historians quote the feted wartime prime minister blaming the famine on the “beastly people” of India who had caused the food shortages themselves by “breeding like rabbits”.

In Britain, America and most of Europe it is exceedingly rare for people to learn about colonial history unless they specialise in it at university. For the average British conservative, the empire evokes vague feeling of nostalgia. For the average liberal, it conjures up a fuzzy sense of guilt. The campaign for Brexit, with its slogan, “take back control”, was based on an amorphous vision of a return to the times when Britannia ruled the waves. There were also grand promises of free trade deals with economic powerhouses in the Far East.

If the average Brit had even a cursory understanding of colonial history they would have understood how unrealistic that is. With their creation myths built on humiliation at the hands of perfidious Albion, it is very unlikely that China or India will ever agree to a trade deal with the UK on anything but the most punitive terms.

It is surprising how few western diplomats are aware of their own countries’ troubled legacies. In addition to including colonial history in the curriculums of western school systems, governments should make intensive courses compulsory for foreign service officers. I am not suggesting the UK and other former colonial powers indulge in self-flagellation or ask their citizens to apologise in perpetuity. History is always more nuanced than the narratives created by nation states to serve political goals.

This complexity was summed up by George Orwell in his short essay, “Shooting an Elephant”, in which the protagonist, a white colonial policeman in Burma, muses on the brutality of imperialism: “With one part of my mind I thought of the British Raj as an unbreakable tyranny . . . with another part I thought that the greatest joy in the world would be to drive a bayonet into a Buddhist priest’s guts.”

Only when armed with historical facts and an understanding of this nuance can western diplomats, scholars and businesspeople develop the empathy needed to navigate the minefield of historical grievance in former colonies. That understanding would also allow them to push back on some of the more corrosive nationalist ideas in places like China and India.

In some cases this would be a service to people in those countries. The narrative of victimhood that blames all current problems on historic colonialism too often allows bad leaders to exonerate themselves for their misrule today.