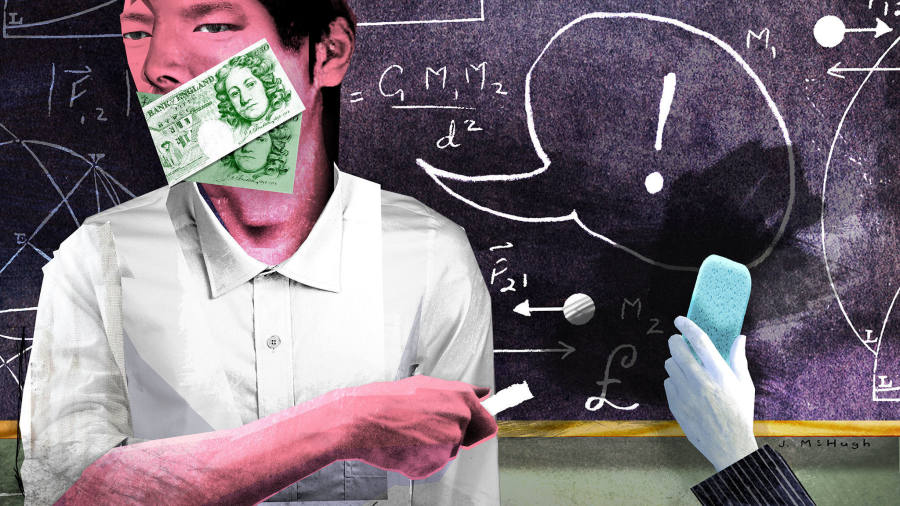 Imagine you are running a midsize university, and you get a call from the Chinese embassy expressing concern that one of your professors has an annoying habit of speaking out against the Communist party. A senior politician is visiting your country next week, says the caller. It would be embarrassing if your professor made any media appearances during that time. There would be consequences.

This is ridiculous, you think. But you are rather reliant on fee income from Chinese students. So you send a message to the professor concerned. You ask him, as a personal favour, to refrain from publishing or speaking that week. Nothing is written down, nothing has changed. Except one thing. You have crossed a Rubicon. You have sacrificed academic freedom for money. And that can become a nasty little habit.

This story is not fiction. The British intelligence services are now deeply concerned about meddling at universities by China, Russia and other autocracies. So are the governments of Australia, France and the US. As is the UK House of Commons foreign affairs select committee, whose blistering new report describes co-ordinated efforts by China to influence research and to prevent discussion of sensitive subjects on campuses, including Tibet, Tiananmen Square and the plight of Uighur Muslims. Pressure is being put on Chinese students to inform on others, it states, and to undermine pro-Hong Kong demonstrations. In Sheffield, Leeds, Birmingham and London, Chinese students have claimed that they have been intimidated and harassed by pro-Beijing demonstrators.

This is a concerted effort to change perceptions. Universities most vulnerable are those which rely most heavily on foreign students. One of those, the London School of Economics, has faced down demands from Chinese students to alter a huge globe sculpture in its forecourt which shows Taiwan as separate from China. It has halted advanced discussions with a vocal supporter of Beijing who wanted to fund a wide-ranging China programme, after two outraged academics insisted it would compromise the school’s values.

The LSE has been wary of foreign donors since its then-director Howard Davies resigned in 2011 after the university accepted money from sources linked to the Libyan dictator Muammer Gaddafi. Some other institutions seem less sure where to draw the line. According to reports, managers at the University of Nottingham have pressured academics to cancel events on Tibet and Taiwan. But it has a lot at stake: it has a branch in China.

The UK government and higher education sector seem reluctant to acknowledge these problems. The foreign affairs select committee is scathing about the inability of either the Foreign Office, or the Russell Group of top universities, to make any meaningful contribution to their report. The Australian government has set up a task force to protect universities from foreign influence. The UK government is perhaps more concerned not to upset any potential partner with whom it will be forced to strike trade deals, post-Brexit.

Are the Australians overreacting? I don’t think so. The New South Wales department of education recently shut down another arm of Chinese propaganda: its Confucius Institutes. Financed and run by Hanban, a branch of the Chinese ministry of education, these teach a Beijing version of history. There are over 500 of these institutes on college campuses across the world. Not all of them are a problem. But there are suspicions that some may be helping to subsidise core university budgets, as well as prompting self-censorship.

Both Australia and Britain are benefiting from overseas students’ talent, and cash. There are now over 106,000 Chinese students studying at UK universities. Many of these students are highly able, and both sides stand to gain by building friendships. But what is needed is far greater vigilance — and co-operation with Australia and the US, to stop autocracies playing institutions and nations off against each other.

“What China is doing is not acceptable to our value system,” one academic told me, “but that’s what they do. The real issue is university leadership. If our VCs were all like Louise Richardson, who has more balls than any male VC, there would be no problem”. Ms Richardson, Oxford’s vice-chancellor, was admirably robust when threatened by the Chinese embassy with the withdrawal of Chinese students from Oxford unless she stopped its chancellor Chris Patten visiting Hong Kong. She said no.

Saying no should be easy. But the sector has form in failing to uphold liberal values. A few years ago, when some student Islamic societies were holding events which segregated men and women, I asked a vice-chancellor I respected what he thought. It was not the university’s job to get involved, he said. That seemed inadequate.

Protecting intellectual property on the commercial side is imperative — and the security services want universities to wise up. Yet in some ways, that’s also the easy bit. Censorship is harder to spot, and to police.

The UK is a powerhouse of international research collaboration, not least because top academics know that their intellectual property and freedom of thought will be respected. For a few universities to jeopardise that reputation, in order to plug gaps in their balance sheets, is madness.

Universities have no business promoting propaganda. Operating in a global marketplace does not mean selling out your principles. As China tries to push censorship beyond its own borders, the free world must push back.

The writer, a former head of the Downing Street policy unit, is a Harvard senior fellow