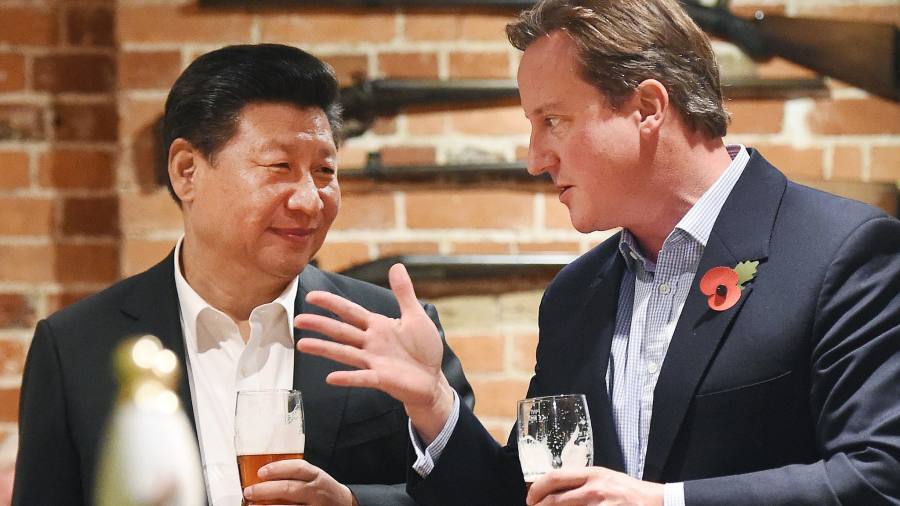 David Cameron has failed to raise the cash he was targeting for his planned $1bn China investment fund 16 months after it was announced, with one person who was asked to invest describing the project as “moribund”.

People close to the former UK prime minister’s initiative, which has been endorsed by both the British and Chinese governments, acknowledged it had not yet completed a first round of fundraising, which would typically amount to up to half the targeted size.

They said they hoped to make a breakthrough soon and had commitments of “substantial funds”, while declining to be specific.

But investors have been unenthusiastic, said the person who has been asked to participate in the project: “It’s completely moribund . . . They approached all the big banks and other serious investors. And I don’t know of anyone that’s put money up.”

Named the UK-China Fund, the private sector initiative is intended to seek opportunities for co-operation between the two countries in technology, healthcare, energy and manufacturing.

It is Mr Cameron’s most ambitious commercial undertaking since he left office in the summer of 2016 after losing the EU referendum.

He and other backers had previously hoped to reach the “first closing” — the point when a fund has attained enough capital to begin making investments — by last autumn.

One person close to the fund said announcements were now likely within three weeks — and blamed uncertainty caused by Brexit for the delay.

“Work on the UK-China Fund is progressing very well,” said Mr Cameron’s office. “Positive discussions with potential investors have been ongoing both in the UK and China and substantial funds [are] already committed.”

Mr Cameron’s office added that it hoped the initiative would mark up its first closing shortly.

It is unclear whether Mr Cameron is aiming for a first closing of half the original target of $1bn because the former UK prime minister is likely to be tapping into sources not usually targeted by traditional buyout funds, according to private equity insiders.

Standard Chartered had been touted as a likely anchor investor but is understood to have made no firm commitment. It is unclear whether China Investment Corporation, the Chinese sovereign wealth group cited as another potential backer, will support the fund either.

Mr Cameron, who has hailed the initiative as the product of a “golden era” in UK-Chinese relations, first discussed it with the Beijing authorities in September 2017 and was named as its vice-chair in December that year.

But little more than a month later there were indications that big banks were reluctant to get involved in the fund, despite his courting of potential backers.

Philip Hammond, the UK chancellor of the exchequer, last week attended the annual Belt and Road Forum in Beijing, along with the leaders from dozens of other countries.

However, one China expert said there had long been widespread industry doubts about Mr Cameron’s proposed fund because it was in competition with more established operators. “It never made a lot of sense,” he said.

HSBC recently announced it was working on a separate initiative with CIC to raise £1bn to invest in British companies with Chinese links.

There has also been greater tension between London and Beijing under Theresa May, the prime minister, than under Mr Cameron — despite the government’s decision last week to allow Huawei, the Chinese telecoms operator, access to some parts of the UK’s 5G infrastructure.

The fund is an initiative of Lord Chadlington, a prominent Tory donor and public relations veteran who was president of the Witney Conservative association in Oxfordshire when Mr Cameron successfully sought selection to be the party’s candidate for the constituency in 2000.

Mr Cameron’s appointment as the fund’s vice-chair was approved by the government’s Advisory Committee on Business Appointments.

It ruled that his previous role as prime minister would not “provide an unfair advantage to the fund” but banned him from lobbying the UK government for two years after leaving office — until June 2018.

Will you ever do a tour that is european? (: