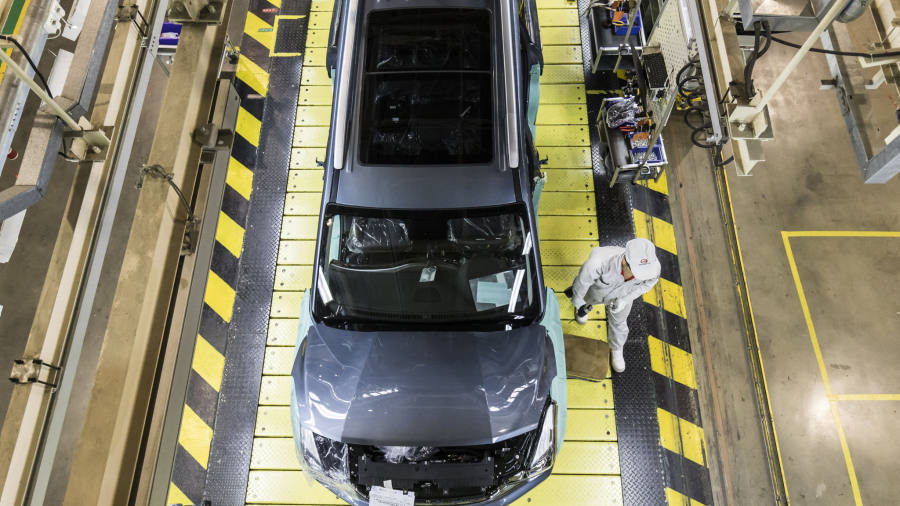 Car manufacturers in China saw their sales fall by nearly a fifth last month as consumers in the world’s largest vehicle market remained reluctant to purchase due to new emissions rules and concerns about the economy.

Key passenger vehicles sales fell 17.4 in May compared with the same month last year, following a 17.7 per cent decline in April, according to wholesale data from the China Association of Automobile Manufacturers.

In the overall market, vehicle sales fell 16.4 per cent in May, their fastest year-on-year decline on record, mainly due to a sharp drop in sales of commercial vehicles such as buses and trucks, which fell 11.8 per cent, the association said.

China’s passenger vehicle market shrunk for the first time since the 1990s last year, due to a reduction in subsidies for buyers and an economic slowdown which knocked consumer confidence, hitting revenue for the world’s largest carmakers such as GM and Volkswagen. GM’s China sales decreased 17.5 per cent in the first quarter of 2019.

All major foreign brands, with the exception of Toyota and Honda, saw a year-on-year sales decline in May as consumers wait to buy cars ahead of stricter vehicle emissions regulations, which go into effect in many Chinese cities from July.

“The emissions policy is a key reason for the decline,” said Paul Gong, an auto analyst at UBS. Retail sales by car dealers fell more slowly last month with a 12.5 per cent decline as dealers worked through their unsold stock.

Beijing has announced several policies to support the sector such as a tax cut for rural consumers, while cities such as Guangzhou and Shenzhen announced they would increase the issuance of licence plates by up to 50 per cent.

“Consumers are waiting for stimulus policies,” Jefferies analyst Patrick Yuan wrote in a note. “We believe car wholesale volumes will remain weak in June given the current complexity.”

Car company executives expect the market to pick up in the second half of the year once the emissions regulations are introduced. The measures mean China’s auto sales can grow by 2 per cent this year, according to analysts at Moody’s.

Some analysts argue that the worsening of the trade war between China and the US, with both sides introducing new tariffs in the past month, will hit the car market.

“The economy in China is still struggling to get on its feet and the trade war is heating up which might have an effect on household sentiment,” said Jochen Siebert of consultancy JSC Automotive, who forecasts sales could decline 5 per cent this year.