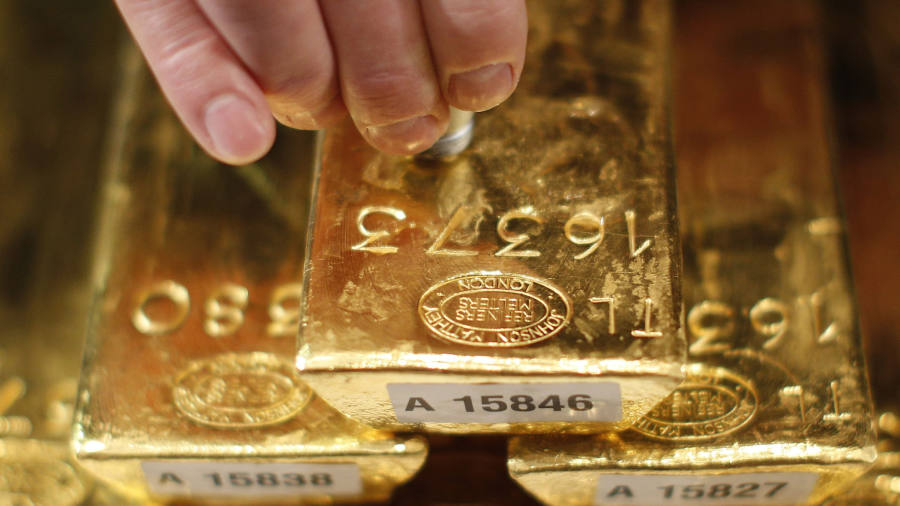 The central banks of Russia and China helped drive a 7 per cent increase in global gold demand in the first quarter from a year earlier, according to the World Gold Council, as they continued efforts to trim their exposure to US dollars.

Central banks purchased a total of 145.5 tonnes of gold worth about $6bn, an increase of 68 per cent compared with last year and the strongest first quarter since 2013, the industry-led body said.

Russia was the biggest buyer during the period, adding 55.3 tonnes of the yellow metal to tilt the composition of its reserves away from the US dollar, amid rising tensions with Washington and the prospect of further sanctions. China added 33 tonnes to its holdings and Ecuador bought gold for the first time since 2014, said the WGC.

“There’s been lots of purchases by emerging market central banks looking to diversify their US dollar exposure, or in the case of Russia there are potential implications for FX reserve management if they become subject to sanction risk,” said Alistair Hewitt, a director at the WGC.

Last year central banks bought more gold than at any time since the end of the gold standard in 1971, led by Russia and Kazakhstan.

Still, the WGC data show that purchases have started to slow from last year. In the third quarter of 2018 central banks bought a total of 253 tonnes of gold, and 165.6 tonnes in the fourth quarter.

Overall gold demand also fell 17 per cent from the fourth quarter of 2018, said the WGC.

Total gold demand hit 1,053 tonnes in the first quarter, the WGC said, an increase of 7 per cent from a year earlier, with jewellery accounting for the largest share of demand at 530.3 tonnes.

Inflows into exchange traded funds backed by gold rose 49 per cent from a year earlier to hit 40.3 tonnes, said the WGC.

European gold-backed exchange traded funds hit a record high of $48bn during the first quarter, now accounting for 45 per cent of the global gold ETF market, it added.