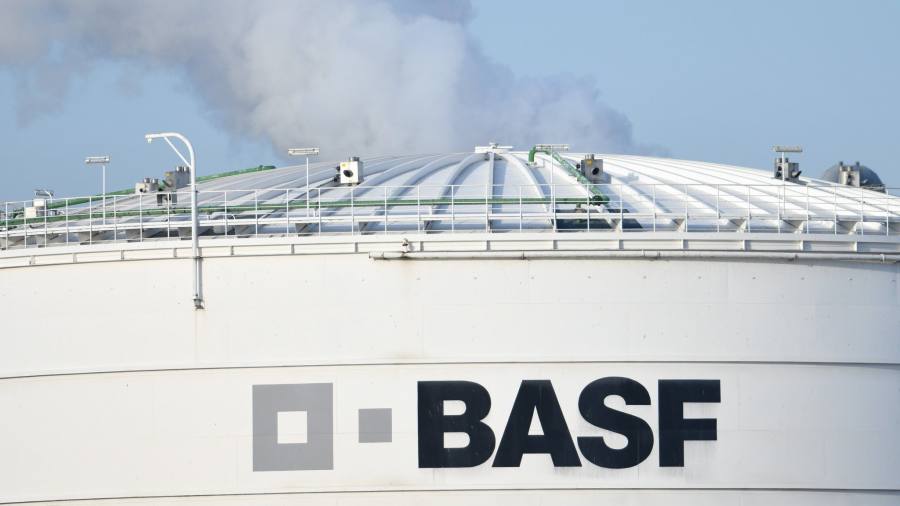 German chemicals group BASF on Monday cut its full-year forecast and warned profits would nearly halve in the second quarter, pinning the blame on a slowdown in the global economy and industrial production driven by trade conflicts.

The world’s biggest chemicals company forecast earning before interest and taxes and excluding special items to fall up to 30 per cent this year compared to 2018 levels, against its previous forecast for an increase of 1-10 per cent.

It also expects a “slight decline” in sales, compared with its previous projection for growth of 1-5 per cent.

The gloomier outlook followed “considerably weaker-than-expected business development in the second quarter of 2019 and the slowdown in global economic growth and industrial production, mainly due to the trade conflicts,” the company said in a statement.

“To date, the conflicts between the United States and its trading partners, particularly China, have not eased,” the company added. “In fact, the G20 summit at the end of June has shown that a rapid detente is not to be expected in the second half of 2019. Overall, uncertainty remains high.”

For the second quarter, the company warned of a 47 per cent year-on-year decline in profits to €1bn, driven by “considerably lower earnings in the materials, chemicals and agricultural solutions segments compared with the prior-year quarter”. That compared with analysts’ estimates of €1.6bn, according to a survey of analysts by Refinitiv.

Shares in the group in the US over-the-counter market fell more than 5 per cent on the news, which was announced after the close of European markets.

The company pointed to “significantly weaker-than-expected industrial production” and in particular weakness in the global automotive industry, especially China.

Difficult weather conditions in North America hurt the agricultural sector, as did trade disputes that resulted in lower demand for crop protection products.

The company said it still expected to cut 6,000 jobs by the end of 2021 as part of a cost-cutting plan, a move it first announced last month.