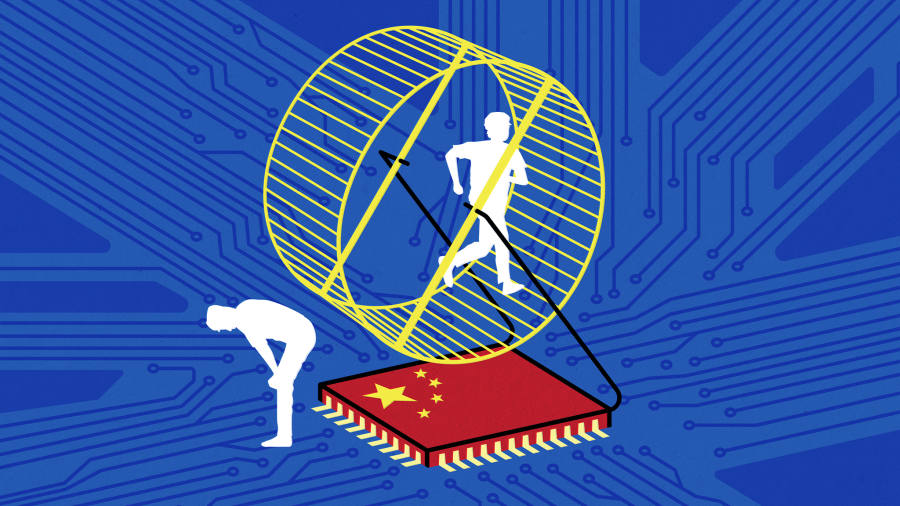 Over the past month, a wave of protest has electrified China’s tech world: a movement against long work hours. The Anti-996 campaign, named after the 9am-9pm shifts six days a week common to many of the country’s tech giants, has gained such traction that it is already the second-most-favourited project on GitHub, the Microsoft-owned code-sharing platform that is essential to many Chinese companies.

The call has sparked reactions from Beijing to Silicon Valley, where Microsoft workers have called on Chinese tech companies to respect local labour laws limiting workers to 40 hours a week (with a further 36 hours per month overtime).

One voice, though, has noticeably opposed the campaign: Jack Ma, co-founder of Alibaba — and China’s most famous entrepreneur. Perhaps unsurprisingly for a man who once ran a company employing 70,000 people, Ma recently proclaimed the 996 schedule a “blessing” for those fortunate enough to be able to work it. Appearing to channel Ayn Rand, Ma wrote: “Business is the greatest public good. In this world, everyone wants success . . . so I ask you all: if you don’t put in more time than everyone else, how are you going to achieve your success?”

Despite being at odds with the Marxist spirit of the Communist party, Ma’s championing of individualistic competition fits perfectly into the social narrative that China’s overachievers are taught from kindergarten to graduation. There’s also some overlap with the philosophy of western tech giants: Ma thinks you must #dowhatyoulove. “I hope Alibaba workers passionately love [their] work . . . if you love it, then even 12 hours [a day] is not too much,” he said.

The idea that love should justify working long hours is misplaced. Love is an emotion that belongs to people with agency, which big companies often deprive their employees of. The Anti-996 campaign is not just about work or passion: it is also about servitude.

Several members of the Anti-996 movement, all highly driven graduates in their twenties, have expressed to me their devotion to the campaign with one caveat: if you’re working for yourself, starting up your dream project, then it’s fine to do these hours. But working for the man — or Ma? That’s labour exploitation.

When working for a massive company, it’s also easy to be forced to do meaningless work of the kind the anthropologist David Graeber categorises in his 2018 book Bullshit Jobs. This and an earlier essay on the subject struck a chord across the west in much the same way the Anti-996 movement has resonated in China: both reactions show that a surprising number of highly educated professionals feel their day-to-day work is meaningless.

It’s not, Graeber argues, that these “bullshit” jobs are necessarily hard, menial or disgusting (such as cleaning a toilet, say). The problem is that, unlike cleaning a toilet, they erode one’s sense of purpose by seeming pointless and having little positive impact on the world. It’s true that many 996 jobs contain a significant portion of “bullshit”. Presenteeism is rife, in a form that Graeber would characterise as “flunky jobs”: people who sit there to make someone else look good.

A friend of mine was recruited during the hiring mania in Chinese tech a few years ago, when companies were expanding rapidly, and was told to stay until 9pm but not given instructions on what to do. Another friend working at a state-owned enterprise says that during China’s annual National People’s Congress, their team was told to work night shifts despite there being nothing to do at night: the aim was to “respect the spirit of the People’s Congress”.

There are also jobs that have meaning for the company but not for the individual. As one friend leaving a tech firm to start her own company says: “I’m tired of being a tiny cog in a big machine.” The cog analogy is apt: cogs are turned until they wear out, like the Chinese professionals who have reportedly fainted on the job. If workers were treated less like machinery, perhaps tech companies would gain what they have been promising all this time: more output for less labour.