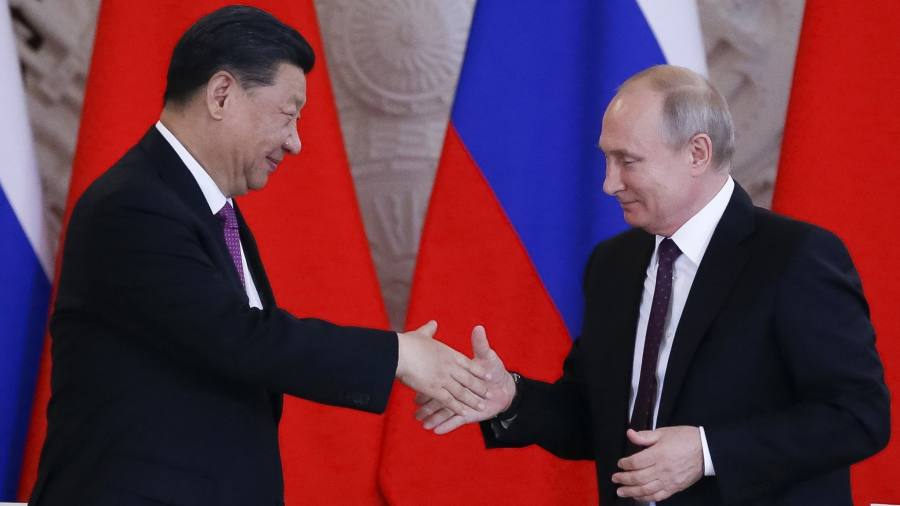 The US-China trade war is a symbol of the world’s biggest geopolitical schism since 1945, and it is not going away. We should see it as the “logic of conflict in the grammar of commerce”, a phrase first used by the American political scientist Edward Luttwak to describe the Japanese and German trade challenge to the US more than 30 years ago. Today, it is more chilling because the US and China are adversaries as well as competitors, and they lack the effective institutional architecture for engagement that once bound them.

President Donald Trump has struck a chord with his call for a reset of the US-China relationship. China’s leaders would add “for a new era”. Yet, the damage to this relationship is now considerable and invites the question as to whether and how it can be repaired. The unique economic interdependence between the US and China still offers a ray of hope about managing a more fractious, future relationship, politics permitting.

The backdrop is admittedly not auspicious. The US has not helped itself in resetting the relationship, by undermining its allies, threatening or using tariffs against them, and appearing ambivalent about its commitments in Asia.

China has been more diligent, but President Xi Jinping’s meeting with Russian president Vladimir Putin this week, the 29th such rendezvous according to the Kremlin, should set off a State Department klaxon. The two leaders agreed to upgrade their relationship to confront a common rival, allow Chinese group Huawei to develop Russia’s 5G telecoms system, and encourage bilateral trade using the yuan and the rouble. This move away from the US currency will do nothing to dethrone the greenback, but Washington should take serious note.

US efforts to manage the China relationship clearly aren’t working. Beijing has balked at American demands that it sees as an intrusion on its economic and industrial policy sovereignty. For the Chinese, this carries echoes of the 19th and 20th century “unequal treaties” with the west that are part of the Communist party’s core narrative. The optics here have to change.

Yet, it is not a one-sided problem. US trade negotiators, mostly skilled lawyers, want agreements codified and committed to in public. China’s senior negotiators are administrators with an embedded preference for directives, low-level regulations, and unenforceable quotas and targets, which the US side distrusts, with cause.

Neither boilerplate public statements on complex industrial policy matters, nor bureaucratic fudges are going to cut it. Ideally, big disputes such as state aid and subsidies could be referred to the World Trade Organization, despite Mr Trump’s dislike of it. Then bilateral talks could focus on a more tedious, but perhaps more fruitful, industry and sector approach to issues like intellectual property protection, market access, and caps on overseas ownership.

The two governments should endeavour to exploit this bottom-up approach. Many foreign companies in China, which support Mr Trump’s broad relationship reset, continue to have good relationships with local and provincial government officials. They should negotiate rules and sanctions based around the principle of reciprocity for specific sectors and industries. That would help avoid a more brutal and generic tariff war, and keep most private companies and entities out of the fray.

Unfortunately, the escalation of the trade war in recent weeks to include the targeting of private firms has become dangerous. The US wants to stop the sale of microchips and other components to Huawei, and other Chinese tech groups, while China intends to blacklist and punish companies and individuals that it thinks are hurting Chinese interests.

Technology trade is different from steel or soyabeans. It is a truly global sector and it could pose the kind of highly integrated and systemic threat to the global economy that banking and finance did in 2008. Leading groups, not just in the US and China, but also in the UK, Europe and all over Asia, will become caught up in this war, forcing each to choose whether to subscribe to Chinese or US laws at the risk of punishment by the other.

The consequences of an escalating trade war, in which supply chains fracture and the tech sector becomes Balkanised, are unequivocally negative in the immediate future and for years to come. Bad economic outcomes will undermine the prospects for re-engagement and increase the chances of fracture in other areas of contention.

It is not too late to appeal to economic reason, notwithstanding the claims made by self-serving interests in favour of self-reliance or decoupling. China’s economy is fragile and it is keen for the trade war to go away. It remains reliant on foreign technology and imports. President Xi’s approach to the US over the past year has not gone without criticism at home. Meanwhile, US consumers and stock markets are seeping confidence, and the economy could easily be knocked as the 2020 election campaign gears up.

The economic rationale for a re-engagement is both compelling and possible, even allowing for irreconcilable beliefs and practices. Both Beijing and Washington prize economic and technological success, and both are in danger of compromising it. They need to keep talking to rebuild trust. The G20 summit in Osaka later this month is a good place to start. The risks of failure are now too high.

The writer is the author of ‘Red Flags: Why Xi’s China is in Jeopardy’