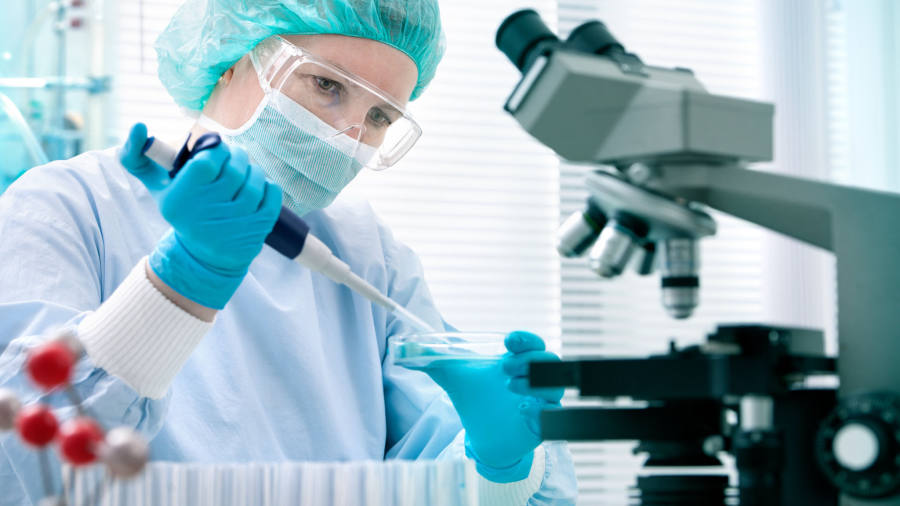 Last year Chinese biotechs made 164 cross-border licensing deals, more than double the number five years ago, according to consultancy China Bio. Such deals accounted for most of the $13.8bn that Chinese pharmaceutical groups spent on licensing agreements, the consultancy said.

“Chinese companies are hungry for new tech so they can bring more advanced drugs to the country’s population, and the Chinese government is supporting that effort,” said Gregg Scott of China Bio. “There is a lot of pent-up demand” being released as Beijing speeds up new drug approvals.

Now those companies are on the hunt for drug candidates at a pre-clinical stage that they can develop and commercialise.

For European and US biotechs, such partnerships provide a vital route into a country that can otherwise be hard to penetrate.

Shanghai-based Everest Medicines set a record in April when it agreed to pay US peer Immunomedics $65m for the China rights to a cancer drug, followed by another $60m payment if the medication is approved in the US and up to $710m further depending on its sales.

Zai Lab, another Shanghai biotech company, this month said it would pay $20m for rights in greater China to a cancer drug candidate developed by US-based Deciphera, which will be eligible for further payment of up to $185m if the drug is successfully commercialised.

Britain’s ReNeuron, which develops stem-cell treatments for eye disease and strokes, is set to receive £80m plus royalty payments from China’s Fosun Pharma for the rights to two treatments.

Zai Lab has licensed more than a dozen medicines, and competition among Chinese biotechs is inflating prices for drug candidates, said Samantha Du, Zai Lab chief executive. “Three years ago I spent $25m to license three drugs,” she said. “It is hard to understand the prices which some companies are paying” now.

While most deals are for rights to sell the drugs in their home market, some Chinese companies are securing global rights to early-stage medicines in the hope they can carry out clinical trials and eventually win commercial approval in the US and Europe.

“A large pharma company will not give you global rights in the late stage. So in general, we license in the early stage and we definitely consider global rights,” said Ms Du.

The deals provide biotech companies in Europe and the US with fresh funds for new drug discovery, as well as the potential to leverage their Chinese partners’ local regulatory expertise to enter the Chinese market.

Dan Mahony, a partner at Polar Capital, which manages global healthcare funds, pointed to Oncimmune, whose test to diagnose early stage lung cancer has recently proved itself in a large randomised control trial. Last year it said it was taking a £10m equity investment from Hong Kong-based Genostics Company, as part of a licence, distribution, manufacturing and future development agreement for all products related to its lung cancer detection programme in China.

Mr Mahony said the company had taken the investment “to create a sales channel into China. This is a super-duper attractive market . . . but it is better to [access it] with a local player that gives you a conduit into that market.”