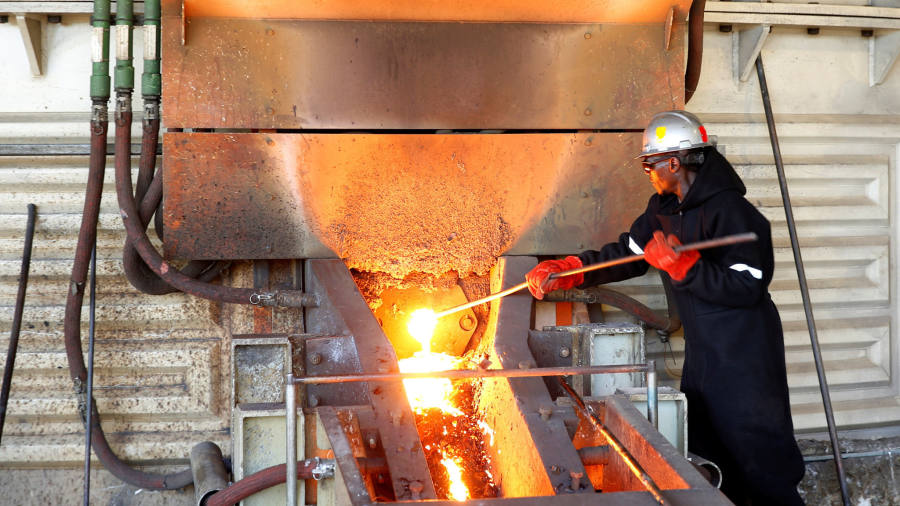 The Shanghai Gold Exchange has delayed plans for a platinum contract after failing to gain political clearance, threatening a push to open up a market for the precious metal dominated by the arm of a big state-owned company.

The SGE had been due to launch a two-way cash-settled contract — enabling users to sell and buy platinum — in the first quarter but it failed to win approval, according to two people familiar with the exchange.

A platinum contract in China would have given carmakers in the world’s largest auto market the ability to hedge the platinum they use in their catalytic converters or fuel cell vehicles. Investors would also have been able to speculate on prices of the metal.

“It is quite a setback for the market,” said one industry source in China.

China is the world’s largest consumer of platinum, using 73.8 tonnes last year, a third of global demand, according to Johnson Matthey, a maker of platinum-based catalysts.

The two main platinum contracts in the world are on the CME exchange in the US and the Tocom exchange in Japan. China’s commodities markets are some of the world’s most active, with a greater share of retail investors than in the US and Europe.

But China’s platinum market is dominated by China Platinum Company, which is owned by state-owned Citic. In 2003 CPC was awarded an exemption on paying value added tax on the platinum it imports into China, giving it a big advantage.

Its dominance over the market, however, has lessened in recent years due to imports of platinum via unofficial routes as well as increased use of recycled metal. Some users are also importing platinum and paying the VAT.

SGE’s proposed platinum contract was opposed by CPC, according to a person familiar with the situation. Reached by phone, CPC said it did not have anyone who handled media requests.

The SGE, which imports all the gold into China, was set up in 2002 by the People’s Bank of China and is supervised by the central bank. Users can buy physical platinum from the exchange but not sell it back.

The exchange, which paid a visit to London in the past week, is now considering a contract targeted at foreign investors on its international board, the two people said. But no timetable has been set.

The exchange was also considering launching a contract for palladium, another metal used in catalytic converters, at the same time, according to the two people.