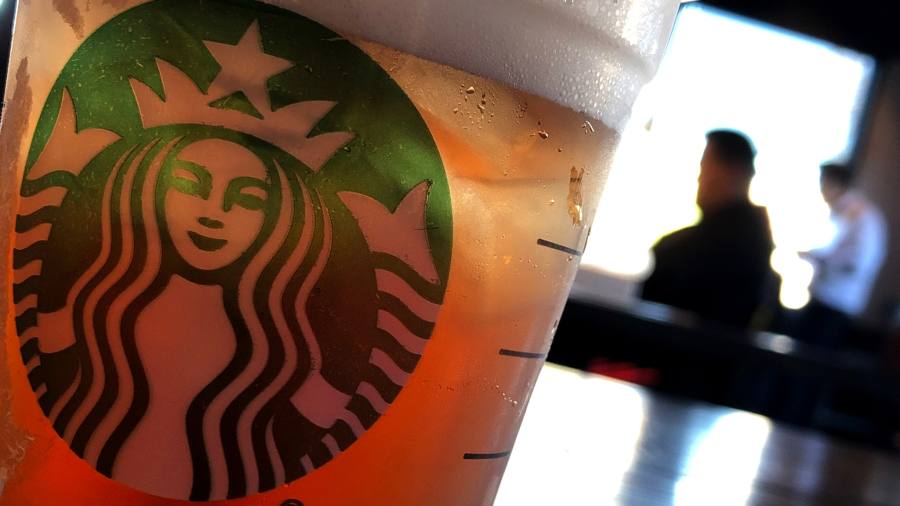 Starbucks is planning to bring coffee delivery to another 15 cities in China as the US chain faces off against fast-growing rival Luckin Coffee in the world’s second-biggest economy.

Kevin Johnson, Starbucks chief executive, said that the company had already expanded to 35 Chinese cities in just four months, with 2,100 outlets, and by October would be offering delivery services from 3,000 outlets across the country.

Results published on Thursday showed how Starbucks, as its once-rapid US expansion has levelled off, is capitalising on China’s growing taste for coffee and expanding middle class.

Yet the company is being challenged in China by fast-growing Luckin, the country’s second largest coffee network, which filed paperwork with regulators this week for a New York stock market launch.

Luckin specialises in delivery and takeaway coffee, and is trying to open more outlets on the mainland than Starbucks. It was valued in a recent funding round at $2.9bn.

The “long-term opportunity” in China would “continue to attract many competitors”, Mr Johnson said. But he added: “Our leadership position is underpinned by our brand strength and operating results, which are the key points of competitive advantage in China.”

He said the delivery service, in partnership with Alibaba, was “still in the launch phase” but that early results were encouraging. Beverages were brought to doorsteps in less than 20 minutes on average.

The company also planned to make it possible to order and pay from mobile devices in China by October. “We’re building a meaningful and sustainable delivery channel, to complement our in-store experience,” Mr Johnson said.

Sales at Starbucks’ coffee shops in China that have been open 13 months or longer ticked up 3 per cent from a year ago in the first quarter, yet new openings helped power a 9 per cent rise in net sales in the country to $703m.

The Seattle-based company’s global café count passed the 30,000 mark after it opened about 1,000 outlets in the Asia Pacific region over the past year. About 94 per cent of openings were outside the US in the three months to the end of March.

The figures also indicated Starbucks was driving growth with higher prices rather than attracting more customers. Volumes ticked 1 per cent lower in China during the quarter, and were flat in the US, where the company has about 14,780 outlets. In both markets, however, average prices rose 4 per cent.

Starbucks shares were just under 1 per cent higher at $77.73 each, in after-hours trading on Thursday