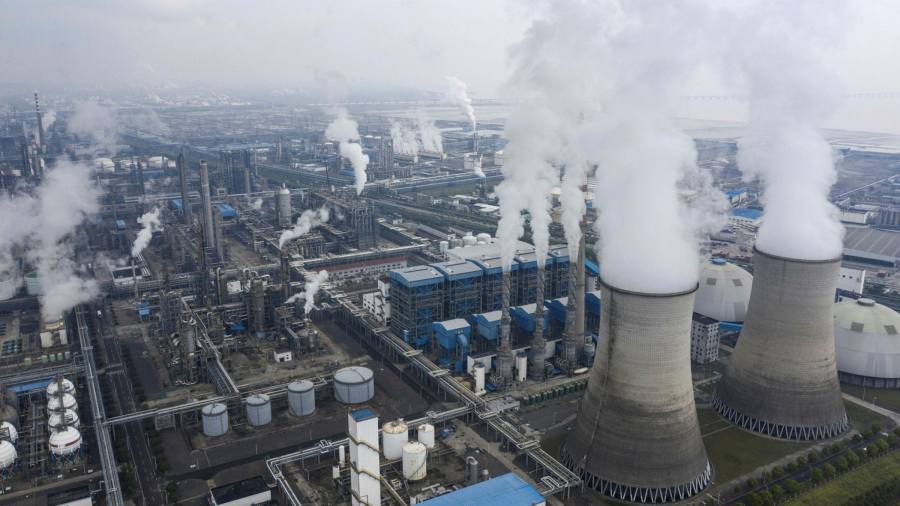 Beijing’s war on pollution is sharpening up. On Friday, legislators are expected to set out a new five-year plan that focuses on climate change and lowering emissions. The country’s largest companies will be prime targets. Expect coal-powered steel and aluminium producers to be most affected.

China is the world’s largest producer of both metals, accounting for 59 per cent of crude steel and more than half of all aluminium production.

The anti-pollution push means that a fall in steel production is unavoidable. Chinese steel rebar futures rose more than 5 per cent on Wednesday, the highest level in almost a decade, as shortfalls were expected. Investors are not just looking at potential restrictions from the new plan. Local governments have already begun to impose curbs. Seven blast furnaces are under pressure to shut by next week in the city of Tangshan, a steelmaking hub. An earlier government announcement promised to cut crude steel output this year.

Falling supply could serve to boost prices. These were already ticking up as the quality of Chinese steel improved. Toyota began using electrical steel sheets from Baowu Steel, China’s largest maker, last year. It joins a growing list of clients that includes US electric carmaker Tesla.

There are other options. Using higher-quality iron ore could cut down on pollution. Processing low-grade ore is cheaper but larger companies such as Baowu Steel and Maanshan could cover the additional input costs if steel prices rise.

In the near term, global demand for steel and aluminium should remain high as countries look for new infrastructure projects to boost slowing economies. Reduced capacity will mean higher metal prices.

Shares in Chinese producers have started to reflect that squeeze. Stock prices of Aluminum Corporation of China and China Hongqiao Group rose more than 7 per cent, while Baowu Steel gained more than 9 per cent. Public infrastructure spending, and emission targets, will determine the earnings trend for local steelmakers.