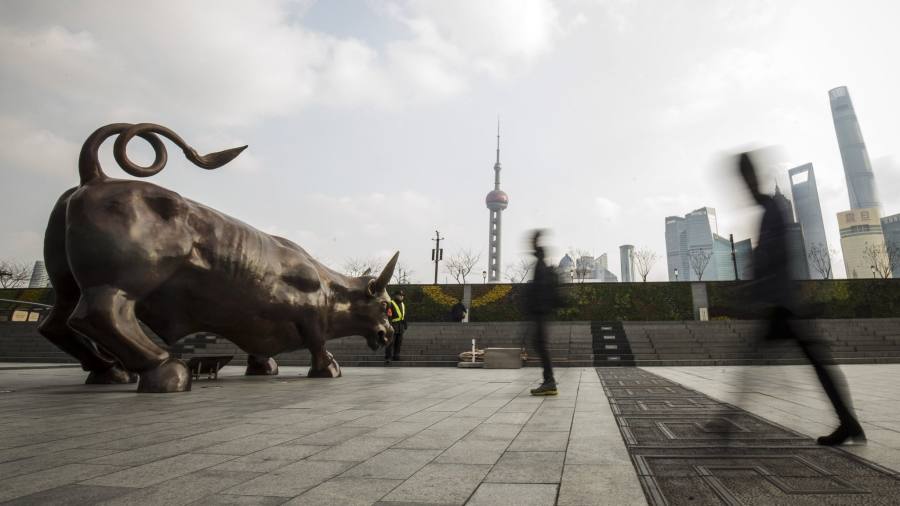 Beijing is gearing up to channel billions of dollars’ worth of domestic savings to China’s technology companies via a new stock exchange modelled on the US’s Nasdaq, as the sector grapples with slowing venture capital funding and a trade war with the US.

More than 100 tech companies ranging from artificial intelligence software developers to biotech and microchip makers have applied to list on the Shanghai technology board, aiming to raise a combined $16bn. By comparison, IPOs on Shanghai’s main board last year raised $11.7bn, according to Refinitiv data.

Beijing hopes the Star board, which is set to launch within weeks, will tempt fast-growing start-ups to choose it over Nasdaq by offering them the chance to gain higher valuations, while also giving China’s vast asset management industry an alternative to the financial and industrial stocks that dominate the country’s main Shanghai and Shenzhen exchanges. Unlike these boards, the new stock exchange will also allow short selling.

The tech board has taken on added significance in recent months as Washington’s trade dispute with Beijing has widened to target the rise of China’s tech sector.

A bipartisan bill introduced in the US Congress this month would force the delisting of companies that do not make audit paper trails available to regulators — a move widely seen as targeting Chinese companies, because Beijing has in the past ordered its companies not to comply with such requests, according to venture capitalists advising start-ups looking to list.

Chinese investors fear the impact on US-listed companies of the necessity to comply with local laws restricting business with groups such as Huawei, and that as tensions deepen Washington could one day simply ban Chinese companies from listing.

“Any Chinese company listing in the US could become hostage to the US,” said one venture capitalist who invests on both sides of the Pacific. “Why should they let Chinese tech companies raise money in New York so they can be more competitive against American companies?”

Private valuations for Chinese tech start-ups have risen rapidly in recent years thanks to venture capital funding, and the country now boasts 100 “unicorns”, private companies valued at more than $1bn.

As VC activity has cooled, authorities are seeking alternative ways to channel money to start-ups, particularly those unable to list on China’s existing boards.

The new tech board will be the country’s first exchange-run board to permit lossmaking companies to list, and under its registration-based system approvals will be granted in weeks, rather than months as is the case for China’s two main current boards. Companies with a dual-class shareholding structure, which gives founders greater voting rights over individual investors and has proven popular among entrepreneurs, will also be eligible.

In an effort to curtail potential fraud, banks sponsoring companies will be required to take a 2 to 5 per cent stake in those they back, according to Huang Hongyuan, Shanghai Stock Exchange chairman.

Lu Xianping, founder of Chipscreen, a biotech company that hopes to raise Rmb800m on the board, said: “The crux of the trade war is that as far as the Chinese economy is concerned there are many core technologies which China lacks. This is the task of the tech board: to push China’s technology companies forward”.

There are nine companies with preliminary approval to list on the board, ranging from robotics company Beiren to chipmaker Hejian and targeting an average valuation of Rmb7.3bn ($1.1bn).

Companies must be incorporated in mainland China to be eligible to list, ruling out the likes of Alibaba and Tencent, which are registered in low-tax jurisdictions overseas. In addition, the limited liquidity of the nascent board would not be able to support such groups, which are valued in the hundreds of billions of dollars.

Chinese tech start-ups also expect higher valuations from listing domestically, as their brands have better recognition at home and the country has a huge pool of savings.

“We think valuations on this board will exceed those for similar companies on China’s other main exchanges,” said Zhou Liang of Shanghai Minority Asset, a private equity fund.

Professionally managed funds are expected to dominate trading of shares on the tech board: its rules require companies listing to allocate at least 50 per cent of their listed stock to mutual, social security, pension and insurance funds.

Seven of China’s largest asset management companies have already raised Rmb1bn each to invest in companies listing on the Star board. Analysts at Galaxy Securities, a Chinese brokerage, expect that Rmb300bn could be raised this year.

Still, Nasdaq’s Asia-Pacific chairman Bob McCooey said last month that the US board anticipated that it could host as many as 40 initial public offerings from China this year, a number that would set a record.

Several tech companies and fund managers, who did not wish to be identified, told the Financial Times they were taking a “wait and see” attitude to the board, citing concerns that investors were immature and therefore there was a greater level of risk.

The founder of one Chinese “unicorn” who was approached by officials to list on the board said Beijing’s tighter political controls have worried private business owners, who seek Nasdaq listings as a way of moving their assets out of the country.

“I’m worried that Chinese markets are still essentially a casino,” said the founder, who declined to be named. “US investors focus more on value fundamentals. I would prefer to list there.”