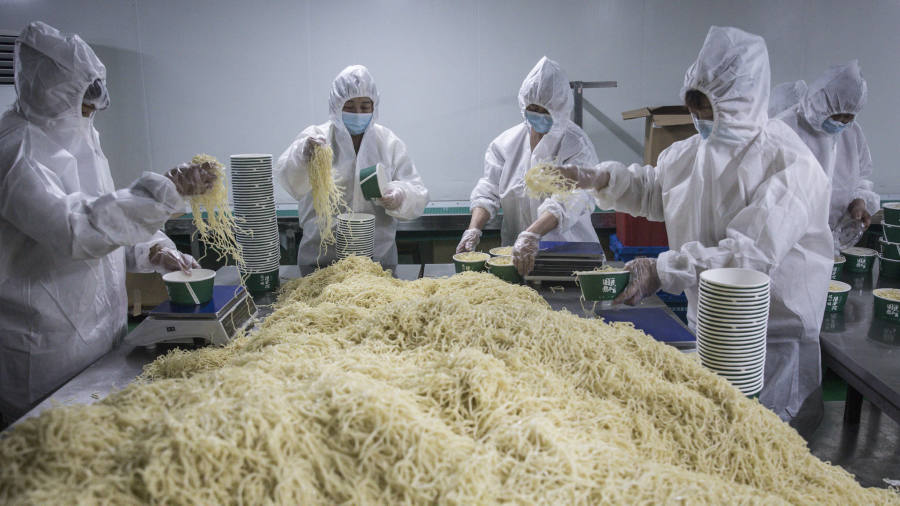 As the world heads into what may be its worst crisis since the Great Depression, two glimmers of hope are emanating from China. The first is that the Chinese economy appears to be staging a measured recovery from the 6.8 per cent contraction in gross domestic product in the first quarter — its worst performance since the 1970s. The second is that Beijing is talking about more policy support for the economy.

But make no mistake, China shows no intention of launching a credit bazooka of the type that helped pull the global economy out of recession in the aftermath of the 2008 financial crisis. Beijing is far more wary in tone and in action than it was back then, probably because a total ratio of debt to GDP of more than 300 per cent means that it can ill-afford to run up hefty new debts.

Nevertheless, statements made by China’s leaders late last week are to be welcomed. The 25-member politburo, the country’s highest body, announced it would boost domestic demand, encourage consumer spending and raise public spending. The statement also emphasised prudence and caution.

China could be more vigorous both for its own sake and that of the wider world. A 20 basis point cut in the benchmark lending rate, announced on Monday, was mild compared with the actions of most other central banks in the region. Similarly, a plan to issue special bonds to finance infrastructure is likely to boost building activity by a modest 10-20 per cent, according to Gavekal, a research firm.

True, China may feel ill-disposed to help the outside world, especially after the tumult of criticism that followed its early mishandling of the outbreak and its aggressive diplomacy in recent weeks. But a terrifying pandemic such as this presents an opportunity to lead. Seizing it could enhance the country’s standing on the world stage at a time when — in the absence of US authority — the field has been left to smaller players such as New Zealand, Taiwan, South Korea and Hong Kong to demonstrate a best-in-class response.

Beijing may not realise how deeply its reputation has been damaged — not just because the virus spread from Wuhan, but thanks to statements from its own diplomats. An allegation by Zhao Lijian, a foreign ministry spokesman, that the virus may have originated in the US has raised hackles all over the world. More recently, the Chinese embassy in France published a vitriolic letter that accused carers in old people’s homes of abandoning their posts and leaving old people to die.

The deplorable treatment of African citizens in southern China and the export of faulty medical equipment have also sullied the country’s image. But it is not too late. If Beijing still wants to recoup some of the soft power it had built up in recent decades, it should lead with its strongest card: the economy. Purposeful action to stimulate Chinese demand could offset the decline in global GDP growth. Running a sizeable current account deficit — and in doing so importing more from the rest of the world — would assist beleaguered economies everywhere.

Such a course would also benefit China itself, burnishing its globalising credentials in a world beset with anti-globalisation sentiment. Pushing through structural reforms at home, and unleashing a vigorous private sector, would reinforce its intent. Freeing up the rural economy would tap into a multiyear wellspring of growth.

China now has a choice. It can nurse a brooding sense of injury and resentment. Or it can rise above — and help show the world a way out of its humanitarian and economic calamity.

Short-Term Personal Loans: What You Should Know. Generally speaking, short-term loans that are personal built to be small-dollar and paid back within per year.

Spotlight on Research: Innovative techniques to Build Savings and riches of Low-Income Families