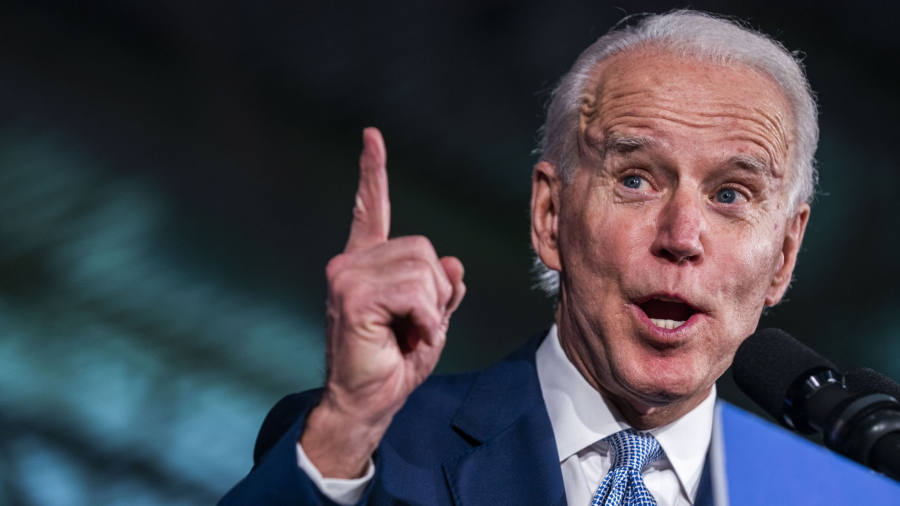 Joe Biden is old enough to beware an American Democrat who talks tougher than a Republican. The former vice-president was 17 when John F Kennedy shamed Richard Nixon for “losing” Cuba to communism. As politics, it worked well enough; Kennedy clinched the presidential election of 1960. But it also set a standard of aggression that seemed to bind him in office. Within months, he would sign off on a proxy invasion of the island. Soon after, he dispatched more “advisers” to South Vietnam. History would not thank him for either gesture.

Campaign rhetoric, then, is never costless. As the Democrats’ White House nominee, Mr Biden cannot ignore President Donald Trump’s jibe that he is soft on China. But the more he answers in kind (Mr Trump “rolled over for the Chinese”, says one Biden advert) the more he boxes himself in. We are seeing two men counterbid each other into an ever harder line against Beijing. Whoever wins, don’t assume it can be relaxed.

The pity of it is that Mr Biden has a better course open to him. He should redefine what a firm China policy entails. It is not a self-harming tariff war or an exorbitant arms race. Rather, the point is to maximise the share of the world that favours US leadership. If there is to be another cold war, it should be fought with the subtlety of the first.

Memory being a simplifying instrument, we recall the US-Soviet conflict as a bilateral one: arsenal against arsenal, spy for spy. More than that, though, it was a contest for the allegiance of third parties. There was nothing inevitable about France staying true to the west, and not sliding into nonaligned status. There was nothing given about a bloc that encompassed both Greece and Turkey, both Japan and South Korea. The US achieved these miracles through cultural attraction, economic inducement, diplomatic finesse and military protection. In Latin America there were moral compromises with tyrants. In the end, the US alliance stuck, and the opposing one frayed. The Soviets simply ran out of countries that aspired to their ­patronage.

The cold war was not just a missile race, then. It was a popularity contest. If we are entering another one, Mr Trump is uniquely unsuited to winning it. China has much more to lose from a Biden White House. Its efforts to peel countries away from the US, or at least to make them hedge, count on un­attractive leadership in Washington. A change of president would complicate the task. Mr Biden need not be a statesman of Metternichian cunning, just one that is benign and attentive to familiar allies.

“Soft power” is the reflex term here, but it implies something fancy, when what we mean is the plainest common sense. A renewed commitment to Nato, less trade militancy, a pretence of seriousness on climate change: all could stop Europe, Australia and other American allies slipping out of Washington’s orbit through neglect.

If anything, the US has to be more creative than it was from 1945 to 1989. It accounts for a smaller share of world output than it did in the postwar Marshall Plan era. It cannot just shore up wavering countries with raw largesse. Nor is it up against a closed rival, but rather a trading one that beguiles third countries with commercial treasure. If it is to recruit and retain allies, they must come to regard Washington as a less high-handed master than Beijing. It is not work for which Mr Trump is temperamentally fitted.

Even if he loses in November, Mr Trump will go down as a landmark president. He hardened the US line on China in a way that now appears irreversible. Mr Biden’s job is to persuade voters who salute Mr Trump for that feat that his usefulness has been served. Identifying a rival takes pugnacity and even a certain paranoia: maybe no other president could have done it. But the same traits disqualify him from the patient, nuanced work of building and tending a non-China bloc.

Landing this argument will be tricky for a speaker as ragged as Mr Biden. But not as hopeless as out-toughing the president. Kennedy only pulled it off because Nixon had some sense of restraint.

Even before the Covid-19 pandemic, there was nothing that Mr Trump was not willing to say about China. With the economic boom gone, his way to ­re-election is to foment a sense of siege against the world outside America. Mr Biden should not emulate this fire so much as point out its counter-productiveness. China wants nothing more than to launch a charm offensive against an unarmed opponent.

Short-Term Personal Loans: What You Should Know. Generally speaking, short-term loans that are personal built to be small-dollar and paid back within per year.

Spotlight on Research: Innovative techniques to Build Savings and riches of Low-Income Families