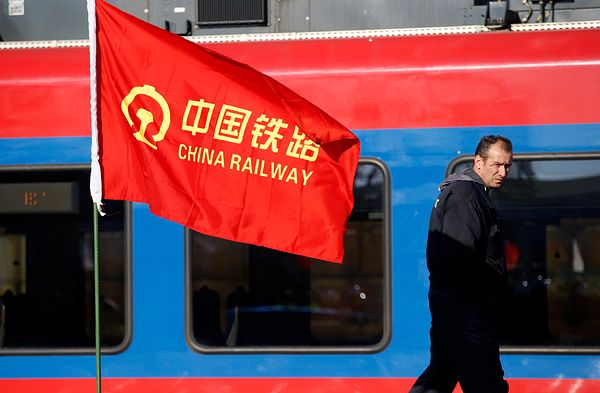 The Chinese presence in Europe is rapidly gaining momentum; however, China should not be seen as an emerging power with a single strategic master plan. On the contrary, China is highly pragmatic and experimental in its approach. Beijing follows different motives and uses different approaches toward different regions and countries, within different sectors, each of which creates particular challenges and opportunities. The access to successful brands, high technology, and know-how motivates China when entering western European markets; investments in the green energy industry and sustainability bring Chinese companies to Nordic countries; while greenfield investments (manufacturing) and recently also infrastructural projects pull them to Central and Eastern Europe (CEE), including the non-EU member western Balkan countries. Moreover, European responses to these approaches also vary considerably in different regions of the continent: some countries have reservations about a growing Chinese presence while others welcome the resulting economic opportunities. These responses hence still represent European fragmentation, when a coordinated European response is direly needed.

These growing Chinese engagements — accompanied by multiple challenges, such as the protection of strategic industries and the competitiveness of European firms — in Europe are increasingly contested. Indeed, there are not too many topics that have full support from all European (or EU) countries when it comes to the Europe-China relationship. Beijing is probably well aware of this situation and — not surprisingly and quite understandably — tries to turn these divisions to its own advantage.

When approaching European countries, China usually tries to find topics where both sides can achieve mutual understanding, topics that can be labelled as “positive” by all parties involved. For example, in the case of the core EU countries the Chinese believe that one of these topics is climate change, while infrastructure development seems to be the key issue for countries in Central and Eastern Europe. This, of course, connects well to China’s Belt and Road initiative.

Consequently, the patterns of Chinese infrastructure projects in Europe are the mirror opposite of foreign direct investment (FDI) patterns: while the majority of Chinese outward FDI flows to core EU countries, infrastructure projects are implemented rather in European peripheries such as CEE. Similarly, within the CEE region, EU member CEE countries host relatively more Chinese outward FDI while already implemented or ongoing infrastructure projects are more common in the non-EU CEE states. The reasons for that seem to be obvious: 1) the infrastructure is relatively poor in, for example, the Balkans; 2) there are fewer political and economic complaints about China; 3) strict EU rules and regulations do not hamper negotiations and processes; and 4) other financial resources (such as EU structural funds) are not available or are less accessible.

China has been planning and negotiating several infrastructure-related projects in the CEE region. Chinese companies are interested in building highways, constructing or reconstructing railways, as well as building or expanding power plants (among others thermal, hydro, coal-fired, and nuclear power plants). When taking a closer look, a clear link can be found between China’s Belt and Road Initiative and the former 16 +1, now 17+1 platform. On one hand, the CEE region is a strategic area for the Belt and Road and infrastructure cooperation of this kind can also enhance relations between China and the CEE countries. On the other hand, China can also learn from the experiences of the 17+1 initiative so far and those lessons in its broader Belt and Road strategy. In its first infrastructure-building attempt in CEE, China tried to replicate its experience from the developing countries in Southeast Asia or Africa, not considering the different (and sometimes very strict) rules and regulations or standards of the EU. After a few years, the Chinese have begun to realize that 1) more effective communication and a clearer definition of goals could help to avoid excessive expectations and subsequent backlash; and 2) it may make sense to implement the first projects in non-EU countries, which will later provide a reference for further Chinese investments in other parts of Europe.

So far it seems that China’s engagement in the EU’s infrastructure may not be too significant in the near future, since more and more member states have become cautious of engaging with non-EU players, especially when it comes to critical infrastructure. By contrast, there are a number of potential projects in non-EU countries – Serbia and Bosnia and Herzegovina, for instance – that have either begun or are already completed. In those fields, however, where China is in the lead, such as information technology, there are differences even within the EU about whether Beijing should be seen as a security threat. The case of Huawei and the development of CEE countries’ 5G networks well illustrates the complexity of such questions. On the political level, countries of the region often do not want to give China more leverage, but on the business level they actually do. The reason is simple: Huawei is ahead in developing 5G technology, so far it seems that there is no stronger, more prepared, or cheaper player on the market, while other companies from the EU cannot offer better solutions.

China, like any other actor, creates both challenges and opportunities. Whether China’s engagements with CEE can work to the benefit or detriment of the regional countries, however, very much depends on how the region is able to respond to these engagements. In order to respond properly, a joint CEE approach is a must, since individual countries on their own do not have the strength and competence to respond. On the one hand, CEE countries should define jointly — also involving the EU — what they want from China, where they want to involve Chinese companies, and the sectors where their participation should be limited or blocked. After agreeing on a strategy, based on common ground, certain safeguard measures should be adopted in order to have a joint “toolbox.” The expansion of the investment screening regulations can also be a potential tool; similarly, information (and practice) sharing could be vital in the future in order to secure standards, avoid debt traps, and promote transparency. On the other hand, the private sector’s needs (i.e. to have the best but still financially affordable solutions) and political interests (i.e. not to give China more leverage) have to be more coherent. If European — including CEE — companies would like to cooperate with Chinese companies, politicians need to create and use the necessary institutions and conditions so that both parties’ interests are granted, monitored, and secured.

Agnes Szunomar, Ph.D., is the head of the Research Group on Development Economics at the Institute of World Economics, CERS, Hungary and assistant professor at Corvinus University of Budapest.