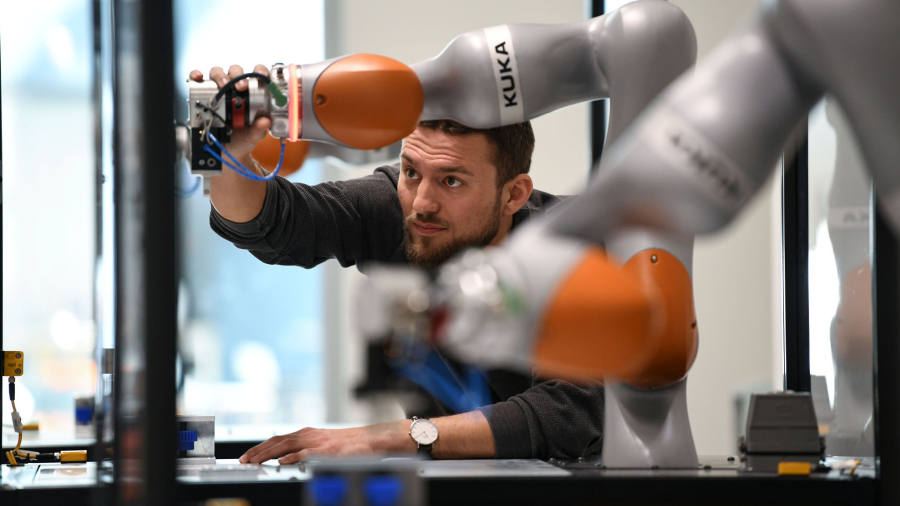 How will we know whether Europe succeeds or fails? The discussion in the EU right now is focused sharply on macroeconomics. But I suspect the ultimate test will be the EU’s ability to develop a common position on China.

The two are linked. China has shown remarkable skill in playing EU countries off against one another — for example in the race to develop 5G mobile networks. But this is just the beginning. China is well on the way to emerge as the most influential external power for the EU.

China’s Belt and Road Initiative, a project of long-term infrastructure investment spanning the Eurasian continent, lies at the heart of China’s global industrial strategy. EU governments understand this well. The Franco-German proposal for the €500bn coronavirus recovery fund includes a specific demand for an industrial policy to protect Europe against investments by third countries in strategic sectors. Yet such a strategy would pose problems for Italy, the likely main beneficiary of future Chinese investment in Europe.

Italy became an official signatory to Belt and Road in March 2019, the only large EU country to do so. Successive Italian leaders have nurtured close bilateral relationships with their Chinese counterparts. Among existing EU countries, Italy has also attracted the second largest share of Chinese direct foreign investments since 2000. Germany has been China’s most favourite location for inward investment in the EU over that period — after the UK.

But the German government has started to impose restrictions on take­overs by making it possible for it to take stakes in high-tech companies it wants to protect. This was triggered by a Chinese takeover of Germany’s leading robotics group, Kuka, in 2016. German car companies were still developing diesel engines when China strategically invested in electrical car batteries. Germans may have a reputation for long-term investments, but China is in a different league.

Italy is well placed to benefit from the Franco-German fear of technological brain drain. Italy had lost business to China during the early years of the millennium, but these days has more to gain than to fear from the country.

However, this depends critically on whether the Italian government actively courts China or whether it aligns with the policies of France and Germany. Beijing has promised investments in the port of Trieste on Italy’s Adriatic coast, but this is not a done deal. Italy is competing with alternative locations in Croatia and Slovenia. Trieste had its heyday during the Habsburg empire. One indirect effect of the Belt and Road will be to shift Europe’s political gravity back eastward.

Maybe it was the EU’s lack of solidarity with Italy in the early phase of the Covid-19 crisis that brought latent Euroscepticism out into the open. Either way, these are deeply alarming figures. Twenty years of eurozone membership have taken Italians to a point where they consider China as their most important strategic partner.

This is absurd on so many levels, but it is also an astonishing failure of the EU to have let it come to that. The EU hopes that the recovery fund will go some way to address Italy’s lurch into full-blown Euroscepticism. Some have celebrated Europe’s “Hamiltonian moment” when German chancellor Angela Merkel and France’s President Emmanuel Macron agreed their deal for the recovery fund. A back-of-the-envelope calculation of the net fiscal effect for Italy will tell you that it is unlikely to exceed 1.5 per cent of gross domestic product, in the best scenario. I am not sure that will be enough to persuade Italy to stop breaking European ranks on China.

Even in Germany, China’s reputation is increasing. A recent poll found that the number of Germans who seek closer relations with China is 36 per cent, against 37 per cent who favour the US. That gap used to be much wider. Among young Germans, China leads the US by a wide margin. Beijing’s clampdown in Hong Kong and the Chinese government’s role in suppressing the free flow of information about Covid-19 seems to have had little effect on public opinion in Europe, yet.

The risk for the EU is not outright disintegration, but progressive loss of cohesion. The damage done to the bloc through Brexit will be nothing compared with the damage Italy and other countries could unleash by opening up to China.