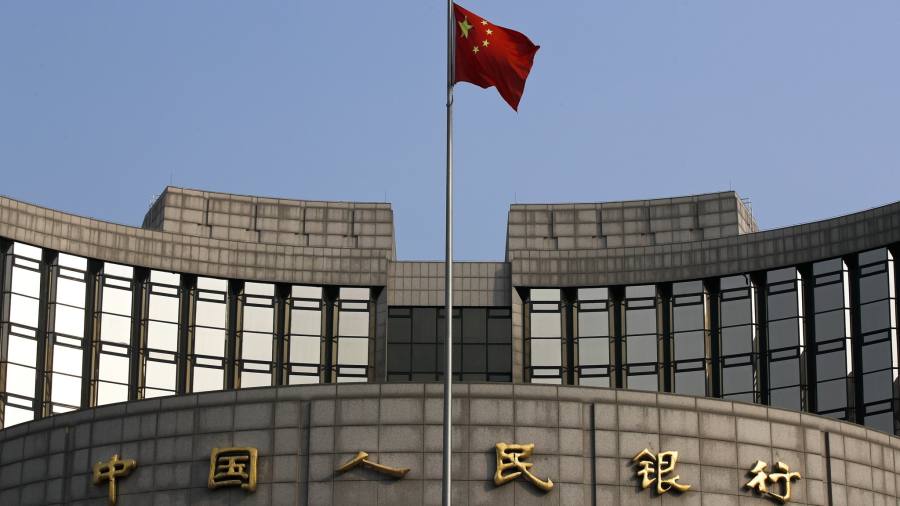 China’s central bank has set its newly christened benchmark lending rate lower, as expected, in a bid to reduce funding costs as the world’s second-largest economy grapples with slowing growth and a trade war with the US.

The People’s Bank of China on Tuesday set the revamped loan prime rate at 4.25 per cent — just 6 basis points below the previous level, but in line with its stated goal of bringing the rate more closely in step with its medium-term lending facility for one-year loans, which stands at 3.3 per cent.

When it announced the LPR at the weekend, the PBoC said the new lending benchmark was intended to “deepen reform of interest rate marketisation, improve the efficiency of interest rate transmission and promote reduced financing costs for the real economy”.

According to some analysts, the LPR is more market-driven than the PBoC-set lending rate it is meant to supplant since the one-year medium-term lending facility rate to which it is tied is based on input from banks.

Beijing is requiring all new bank lending to be benchmarked against the LPR, but existing loans — including Rmb27tn ($3.8tn) in long-term mortgage loans — are exempted. Analysts said that could limit the LPR’s impact.

“The problem is the LPR doesn’t impact deposit rates and it doesn’t help re-price the existing loan stock,” said Helen Qiao, chief Greater China economist for Bank of America Merrill Lynch. She added that the new rate increased uncertainty for businesses accustomed to the stability of China’s longstanding lending and deposit benchmarks, last adjusted in 2015.

Ms Qiao said the adjustment to 4.25 per cent for the new LPR was smaller than the 25-basis-point move downward that markets had been expecting.

Under the regime — which is a revamp of the previous LPR that was introduced in 2013 but was largely ignored by banks — a quote will be published on the 20th of every month, collated from submissions by 18 state-owned, commercial and foreign banks that are based on the one-year MLF rate plus a premium.

The central bank’s move is part of efforts to simplify its monetary policy mechanisms, which currently include open market operations to influence short-term lending rates, as well as longer-term benchmark loan and deposit rates also set by the PBoC.

The new lending benchmark should also help lower the cost of borrowing for private companies facing tighter credit conditions and an economic downturn linked to the trade war with the US.

The PBoC now can ostensibly cut the medium-term lending facility rate to which the LPR is linked and direct any margins on top of that lower via verbal guidance to banks, while phasing out benchmark deposit and lending rates.

However, Ms Qiao warned the new LPR risked being simply another policy signal in an already crowded mix.

Officials have talked up its potential to lower funding costs for small businesses. But lower interest rates would also add to pressure on margins at smaller lenders at a time when Beijing is seeking to lessen systemic risk in the country’s banking system, following the bailouts this year of Baoshang Bank and Bank of Jinzhou.

Analysts at Nomura wrote in a note on Monday that the PBoC’s ability to lower lending rates was “quite limited due to restraints on credit growth as well as banks’ vulnerability”, while rating agency Moody’s said the new LPR mechanism was credit-negative for Chinese banks’ profitability.

Booty-Bumping Meth: Harm Decrease for the practice that is under-Discussed