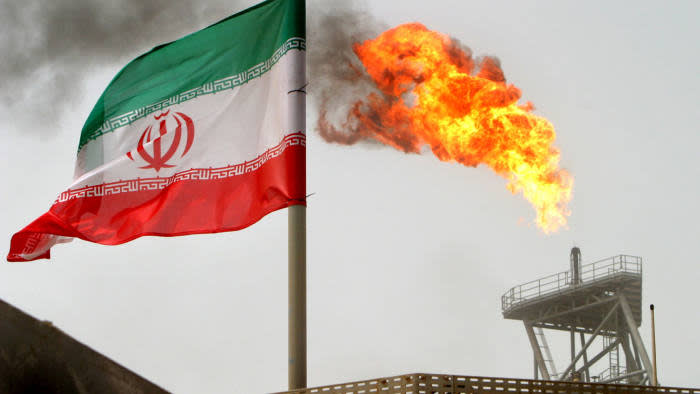 China’s crude imports from Iran jumped by a fifth last month before the US removed sanction waivers on oil purchases from the Middle Eastern country, Financial Times calculations show.

Data from China’s General Administration of Customs show the country imported 3.24m tonnes of crude from Iran in April, a year-on-year rise of 21 per cent. The figure soared 46 per cent in April from March.

In the year to date, China’s purchases of crude oil from Iran remain below last year’s levels.

The surge in imports came before the US ended sanctions waivers on Iranian oil for eight nations including China in April, in an effort to pressure the regime in Tehran and bring Iran’s crude exports “to zero”. The US extended the waivers by six months ahead of the anticipated start of sanctions late last year.

Iran was China’s seventh-largest crude supplier in 2018, accounting for about 6 per cent of imports. Analysts said China was unlikely to eliminate oil imports from Iran entirely.

Li Li, director of research at ICIS, a petrochemical consulting firm, said she expected China to continue purchases, saying “a big drop in volumes would be fine” to placate US authorities.

“We may see a drop in China’s oil imports but they will continue purchases whether officially or unofficially,” said an Iranian energy sector businessman with links to the political establishment.

The Chinese government voiced strong opposition following Washington’s decision not to extend the waivers, saying its dealings with Iran were “reasonable and legitimate”. It condemned unilateral sanctions and warned the move would destabilise the international energy market.

Since then, Sino-US trade tensions have worsened, throwing China’s compliance with US demands over Iran further into doubt.

“Everyone knew the waivers were up so it was natural to buy more ahead of time,” said Lin Boqiang, energy expert at Xiamen University. Chinese oil companies exhibited a similar bump in purchase volumes ahead of the expected start of sanctions last year.

“But it may be inconvenient to buy more now,” he added.

On the Iranian side, the export of crude to China is seen as a lifeline under current circumstances, with the economy in recession and inflation soaring to nearly 35 per cent as oil production has dipped.

The Islamic republic’s hopes of withstanding US sanctions will receive a boost if China continues buying oil, even in smaller volumes than before.

However, Iran’s oil ministry said it would not disclose details even to regime insiders on how it was circumventing oil sanctions on fears the information could leak to the US.