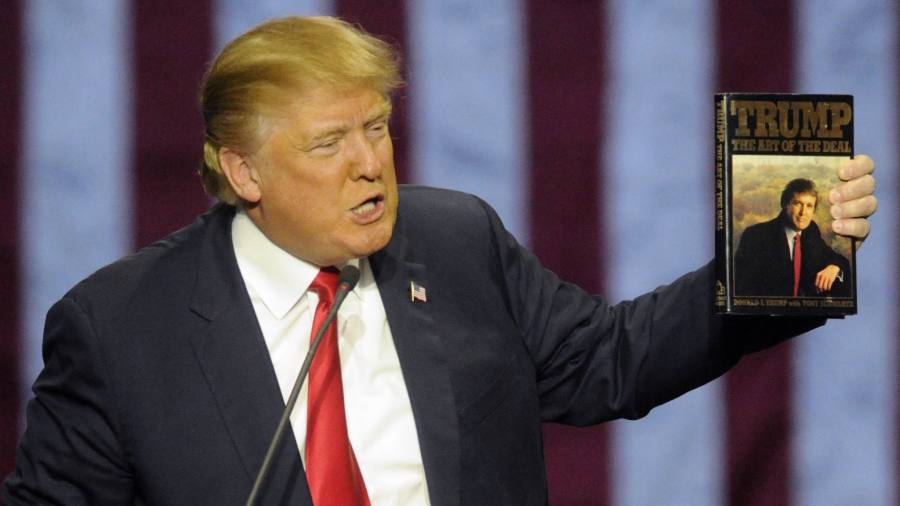 For anyone who has negotiated with either Donald Trump or the Chinese Communist party, the collapse of US-China trade talks thanks to last-minute brinkmanship will come as no surprise.

At noon Beijing time on Friday — midnight Thursday in Washington — the US increased tariffs on $200bn of Chinese imports from 10 per cent to 25 per cent after it accused China of “reneging” on earlier promises at the eleventh hour.

To a US audience, Beijing’s tactics seem straight out of the president’s playbook as described in his 1987 book Trump: The Art of the Deal.

But this is actually standard operating procedure in the Chinese Communist system. Frontline negotiators — in this case vice-premier Liu He — are never empowered to finalise agreements and must always seek final approval from their bosses before a deal is signed.

This dynamic allows the negotiator to portray himself as a “good cop” who is trying his best to convince the emperor back home to agree to the barbarians’ unreasonable demands. When major revisions to an agreement suddenly appear at the last minute, they are presented as non-negotiable and the best the dealmaker could secure from his leader.

Anyone who has ever dealt with the Chinese system can describe this maddening process in detail. They will also tell you it is highly effective.

But on this occasion, Beijing appears to have overestimated Mr Trump’s desperation for a deal and underestimated the depth of frustration and anger in Washington when it comes to China.

Over the course of the past two years, the old American consensus around the need to engage and accommodate China and bring it into the US-led international system as a “responsible stakeholder” has evaporated. Today, the bipartisan consensus is that an increasingly authoritarian and expansionist China presents an existential threat to that world order.

Beijing’s miscalculation over these trade talks stems not only from a misreading of American resolve.

It is also the result of changes made by Chinese President Xi Jinping to the Communist Party’s internal structures since he took power in late 2012.

People familiar with the inner workings of the Chinese leadership say it is impossible for anyone to privately criticise or disagree with Mr Xi, especially since he abolished term limits on himself and abandoned a tradition of collective leadership that has been in place since the start of China’s economic reforms in the late 1970s.

This has fostered a culture of sycophancy at the very top of the ruling party and increased the chances of over-reach and miscalculation.

It also greatly reduces the ability of China’s negotiators to make significant concessions, since the face that would be lost belongs to the man at the very top.

Unfortunately, that applies to the ultra-sensitive Mr Trump as well.

Global trade is now hostage to the fragile egos of two autocratic men.