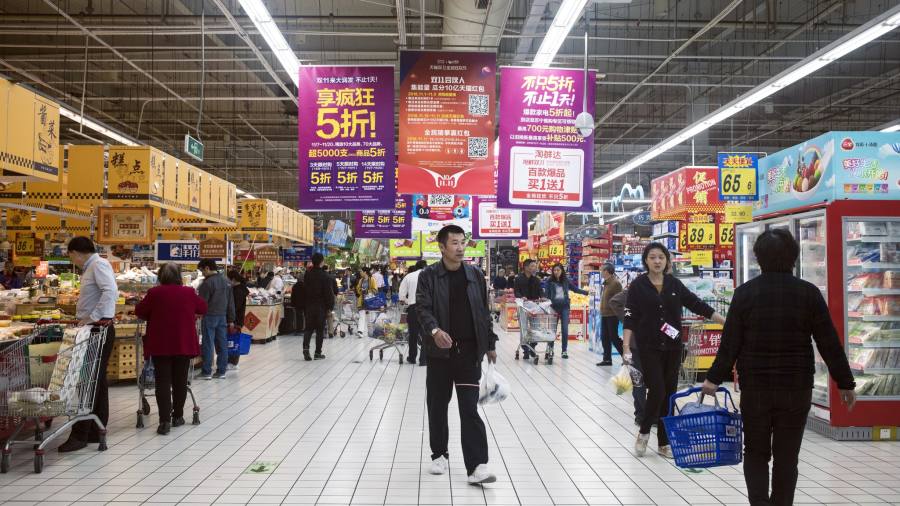 Chinese retail sales grew at the slowest pace in nearly 16 years in April while industrial output and fixed asset investment came in short of estimates as Beijing battles to reinvigorate the economy in the face of trade tensions with the US.

Retail sales grew 7.2 per cent year on year in April, according to the National Bureau of Statistics, recording the slowest pace of growth since 2003 as sales of consumer goods and cosmetics slowed. That was short of a Reuters poll of economists forecasting 8.6 per cent growth, which was just shy of the 8.7 per cent increase in the previous month.

Growth in industrial production slowed to 5.4 per cent, below the 6.5 per cent increase forecast and level with November’s figure, which was in turn the weakest rate since the financial crisis.

Meanwhile, fixed asset investment in the four months to April grew 6.1 per cent compared to the same period last year, coming in below the 6.4 per cent forecast and slowing from the 6.3 per cent growth in the previous period. Private investment grew 5.5 per cent for the year to date while state-owned investment grew 7.8 per cent.

China’s economy grew at a faster pace than forecast in the first quarter, with gross domestic product picking up from the final three months of 2018 as government stimulus took root.

The US-China trade war, which appeared on course for resolution, was reignited this month after Donald Trump raised tariffs on $200bn of Chinese goods and Beijing retaliated in kind.

“We had warned that economic momentum risked weakening again in the near-term as the prop from this year’s fiscal front-loading faded,” Mr Evans-Pritchard said. “The latest data appear to bear this view out and reinforce our expectations for more policy stimulus in the coming months. Given budget constraints on local governments, monetary policy will probably take the lead.”