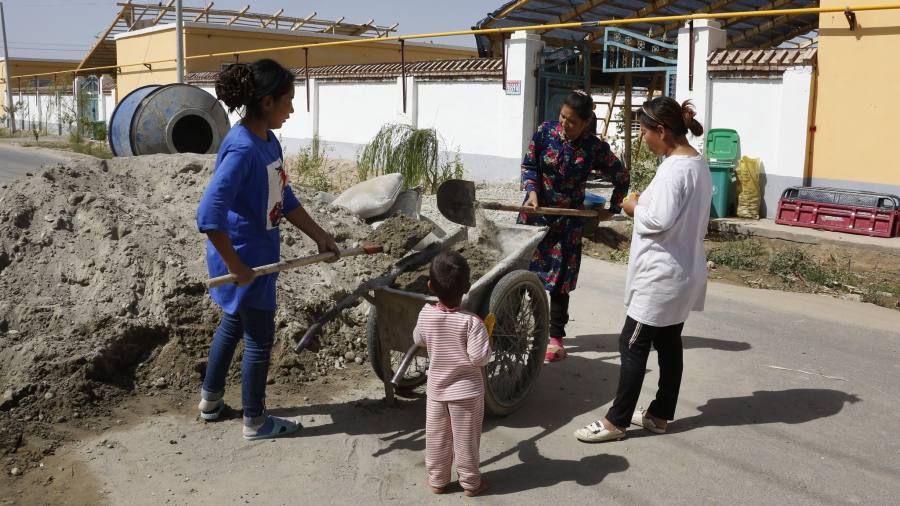 China is separating tens of thousands of Muslim children from their parents in the restive western province of Xinjiang by placing them in boarding schools as part of the latest stage of a mass internment programme, according to new research.

About 1.5m Uighurs, Kazakhs and other mostly Muslim minorities in Xinjiang are being held in re-education camps, in a Chinese government “deradicalisation” drive that has been condemned by the UN, western governments and human rights groups.

The Financial Times reported last year that families in Xinjiang were being forcibly separated, with authorities placing the young children of parents who were in the camps in de facto orphanages.

China has described the camps as a necessary tool in fighting terrorism in the region and denies the allegations, saying that it is providing “vocational training”.

But new research by Adrian Zenz at the European School of Culture and Theology has shown that these were not isolated cases. Since 2017, the Chinese state has rushed “to create a vast and multi-layered care system that enables it to provide full-time or near full-time care”, including kindergartens for children from as young as one or two years of age, according to the research commissioned by the BBC.

The facilities were likely to be part of “a deliberate strategy and crucial element in the state’s systematic campaign of social re-engineering and cultural genocide in Xinjiang”, Mr Zenz added.

Children of “double detained” parents — when both are in camps or arrested — are singled out as requiring “additional” or “centralised” care in purpose-built facilities with dormitories.

The Xinjiang government and China’s Ministry of Education did not respond to faxed requests for comment about Mr Zenz’s research.

Children are a core focus of China’s Communist party’s attempt to control ideas about religion, race and identity. In Xinjiang, Uighur children have long been pushed to learn Mandarin rather than their native languages, and the government has clamped down on attempts by families to teach children about their culture and religion.

By looking at government announcements and state media articles, Mr Zenz found that the build-up of Xinjiang’s education system had far outstripped the rest of the country. In the south of the province, where the concentration of Uighurs is highest, 4,387 “bilingual” schools that teach almost exclusively in Mandarin were built.

Uighur families have in the past responded to such measures by increasing efforts to teach children at home or arranging Uighur language classes outside the control of the state.

Mr Zenz said the recent efforts make such resistance much more difficult as “the state gets more time to influence the next generation than parents do”. The Chinese government’s increasing focus on building schools over security measures suggests the crackdown is moving from mere policing towards long-term social control, he added.

The BBC gathered testimonies about family separations from 60 families that had fled Xinjiang and now live in Turkey. Those interviewed were searching for over 100 missing children.

“I don’t know who is looking after them, there is no contact at all,” one mother told the BBC.