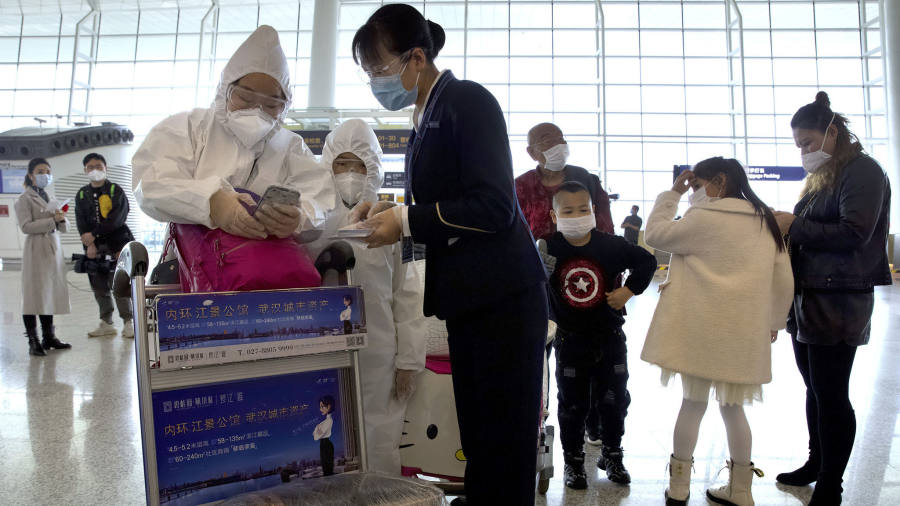 Wuhan’s 76-day lockdown has been lifted at last. For China’s leaders, it marked the final stage of what President Xi Jinping had called the “people’s war against the coronavirus”, in which he himself played a decisive role.

Success has allowed the government to restart the economy and rewrite the pandemic narrative from a tale of its own mis-steps to one highlighting its global leadership and governance role — in a marked contrast to the “incompetence” of the US.

Yet, the story is by no means complete, and real success depends critically on outcomes in epidemiology and economics, over which dark clouds will continue to linger for some time.

We may never know the true number of Covid infections and fatalities in China. The criteria for confirmed cases have changed several times, and there has been speculation about much higher estimates. State media report only a few new cases involving people returning from overseas. That certainly suits the political script. The government’s governance role in battling the virus and in restarting the economy are now inextricably linked.

As factories, offices and some shops reopen, and public transportation resumes, there are unofficial reports of local transmissions, and of continuing or new restrictions on residential compounds. But none indicate any surge in new hospital admissions or an imminent “second wave” of infections. So much the better if this persists.

The economy has certainly bottomed, following a significant contraction early in the year. Production, especially among state enterprises and in heavy industry, has now risen back to January levels. The drift back to work and resumption of transportation has eased the supply choke points in the economy. Even so, demand remains very soft. Retail footfall, city subway systems, property transactions, many service sectors and consumer demand are all improving, but from an extremely weak baseline.

The official urban unemployment rate of 6.2 per cent in February understates the true level of joblessness and doesn’t include China’s 280m migrant worker population, many of whom haven’t returned to work yet. Close to 500,000 small and medium-sized businesses, the heart of the economy, which were sidelined politically before the crisis, are reported to have failed in the first quarter alone.

The hope that exports might come to the rescue now seems forlorn. The pandemic has sunk demand into a crater around the world, with no early or significant economic recovery in sight.

China’s own economy may no longer be in freefall, but it still faces a demand shock as well as more familiar structural headwinds, including over-indebtedness that has so far kept the government’s bridge finance and stimulus programmes restrained. At little more than 2.5 per cent of gross domestic product, they pale against the quasi-fiscal credit programmes adopted in 2008-09 and 2014-15 or current western policy announcements. Credit expansion, even if unwise, may yet be unleashed again with adverse consequences for the renminbi.

Yet, for the moment, China is able to use its self-proclaimed success to step up further into a global leadership role in health and global governance. Expertise in treating disease, producing life-saving medical equipment and manufacturing medicines has enabled it to show it is a provider of crucial public goods. The US, UK, Italy, Iran and several EU countries are among the recipients of medical supplies shipped in from China. Beijing has also organised crisis response initiatives among member states of the Shanghai Co-operation Organisation, the 17+1 countries of central and eastern Europe, some African countries, and the Pacific islands. It continues to have a strong influence in the World Health Organization, which does not recognise Taiwan as a sovereign state.

Recently, the government also sought — but failed as a result of American pressure — to lead the World Intellectual Property Organisation. It is trying to convince the UN to adopt facial recognition and surveillance standards and persuade it to endorse changes to the architecture and standards underpinning the internet so that state-run service providers have more control. Earlier this month, China was appointed to a seat on the panel in the UN Human Rights Commission that oversees human rights governance, freedom of speech and arbitrary detention.

The irony of many of these initiatives may be self-evident. But it is important to see how China is trying to seize the moment to raise its global political profile. Ultimately, that profile is likely to be determined by whether China has the capacity and will to become a global leader that others follow willingly, without sanction. It will also depend on the US’s own behaviour on the world stage.

In the meantime, China is hostage to confirmation that the outbreak at home is reverting to a nuisance from a crisis. It must also show that economic growth can overcome the malaise in demand, employment and the private sector, without stressing the financial system and nation’s debt capacity even more.

There is a long way to go before success can be proclaimed, if at all.

The writer is author of ‘Red Flags: Why Xi’s China is in Jeopardy’, and an associate at Oxford university’s China Centre