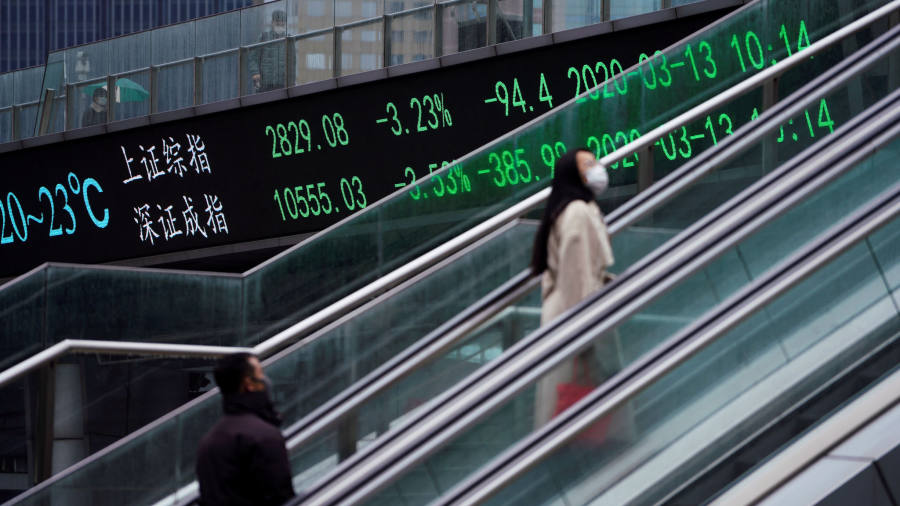 The economic fallout from the pandemic is starting to feel like 2008 reprised. Share prices have slumped. The global economy is lurching toward recession and unemployment is swelling. Once again, policymakers, investors and others are asking a crucial question: can China revive the world’s economy?

China — where the coronavirus outbreak originated — appears on track to stage the first recovery among leading economies. Key metrics such as real estate sold, coal used in power stations and traffic congestion are all on the increase, suggesting at least a measured recuperation in demand. But the unpalatable reality is that China — and the world — find themselves in very different positions today than they did in 2008. Beijing then led the world’s return to growth by pushing out a massive $590bn stimulus package that was equivalent to 13 per cent of its 2008 GDP. By contrast, the US and Japan pumped a comparatively modest $152bn and $100bn into their larger domestic markets.

Those hoping for a repeat performance may well be disappointed. The simple truth is that China has run up so much debt in the credit-fuelled 12 years since the financial crisis that it can ill-afford another “big bazooka”. Nor does it appear as willing as it was in 2008 to identify the world’s problems as its own. Total bank assets in China have risen by 4.5 times since 2008 to $41.8tn at the end of 2019 — equivalent to about half of global GDP, according to the Rhodium Group, a consultancy. By contrast, Chinese GDP has increased by three times over the same period — meaning that much of China’s stellar decade of growth has been borrowed rather than bought.

Beijing has made it a policy priority to bring down credit growth. Thus, if Xi Jinping, China’s president, was now to decree a large credit-fuelled stimulus it would amount to tearing up a fundamental principle in the economic playbook. Statements from other officials also seem to indicate little appetite for a massive stimulus. Li Keqiang, premier, was quoted by the official media in March as saying: “variations in economic growth do not matter that much, as long as employment stabilises this year”.

Yet China should recognise that its fate is linked to that of the world. No matter how parlous its relationship with the US has become and regardless of how fiercely it resents being blamed for the initial viral outbreak, self-interest demands Beijing prepares for a key role in the world’s economic revival. Perhaps the pledges of “co-operation” made in a recent phone call between Mr Xi and Donald Trump, the US president, represent a positive sign.

If a credit bazooka is out of the question, other levers could be pulled. Beijing could budget for a much larger fiscal deficit this year, allowing it to extend tax cuts throughout the economy. It could instruct banks to hold off on calling in debts and discourage state-owned enterprises from laying off workers. It could also speed up infrastructure projects and boost housing construction, financed through bond issuance by local governments.

Such measures would be aimed primarily at shoring up domestic constituencies but they will be of limited benefit to global demand. If China wants to show real leadership as it did after 2008, it should ramp up imports while keeping the renminbi steady against the US dollar. The hefty current account deficits that should result would be proof of its contribution to the international community — and assist in rehabilitating its reputation after the early mis-steps in the spread of the virus in Wuhan.

How For you to Become Internet World wide web casino Towards Compensate Out?

On line Dating Scams and just how to acknowledge Them