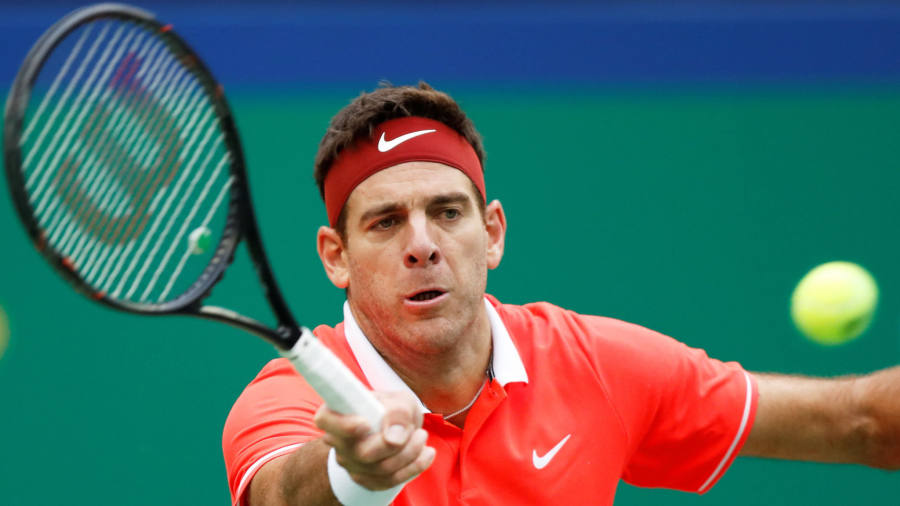 Shares in Anta, China’s largest sportswear brand by sales, fell more than 7 per cent after a US short seller alleged fraudulent activity at the company, which earlier this year completed a €5.6bn takeover of Finland’s Amer Sports.

Hong Kong-listed shares in the Chinese company were down 7.3 per cent before it suspended trading in its stock, after short-seller Muddy Waters published a report saying Anta has secretly controlled distributors to fraudulently boost its profit margins.

In March, Anta led a €5.6bn acquisition of Finland’s Amer Sports, the maker of Wilson tennis rackets and Louisville Slugger baseball bats, highlighting its ambitions to expand beyond China where the company derives almost all its revenue.

Despite Monday’s decline, Anta’s shares are up nearly 37 per cent this year, buoyed by a record net profit of Rmb4.1bn (then $613m) for 2018. The company’s profit margin of about 17 per cent is more than twice that of industry peers such as Nike and Adidas.

Analysts say that sportswear companies tend to be more profitable in China than in markets such as the US and Europe because retail wage costs are lower, and as logistics costs can be reduced because production is local.

But Muddy Waters, a US-based firm that has accused a string of Chinese companies of fraudulent accounting over the past decade, says that Anta’s distributors are controlled by the company, allowing it to artificially inflate profits.

“Anta is a real business, and in terms of operations and marketing, there’s much to be admired,” the report said. “The purpose of controlling the distributors, we believe, is to fraudulently inflate Anta’s reported revenues and/or decrease its reported expenses.”

Anta said it would comment on the report later on Monday.

Muddy Waters has had a mixed record of success with its criticism of Chinese companies. Its 2011 report into Canada-listed company Sino Forest led to the delisting of the Chinese forestry group. Other companies it has targeted have been relatively unscathed.

Anta is one of several sportswear companies dubbed the “Fujian Tigers” that emerged in the 1980s in south-eastern China. After making products for the likes of Nike and Adidas, it shifted to own-brand goods and eventually began moving into the higher-end market with its acquisition of the Chinese rights for Italian brand Fila in 2009.

Anta secured a 58 per cent stake in Finland’s Amer this year as part of a consortium including Chip Wilson, the Canadian businessman behind Lululemon, and Chinese technology group Tencent.