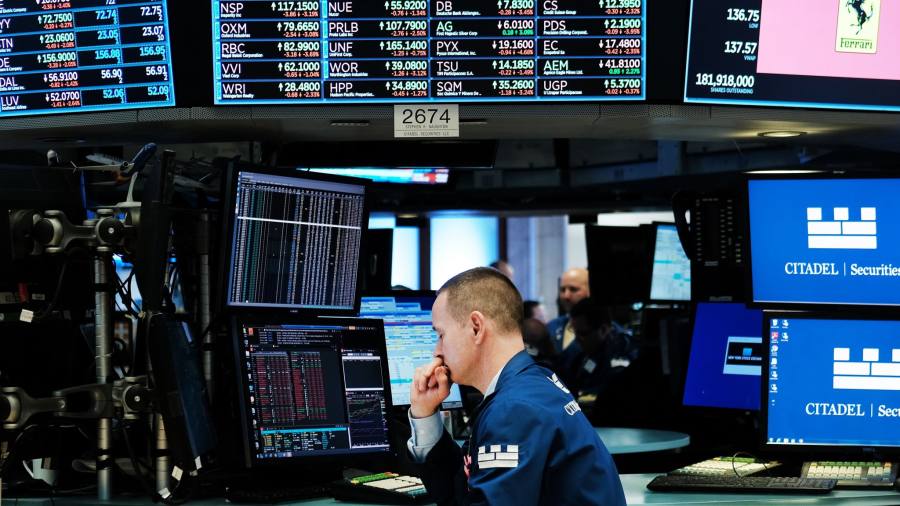 Chinese stocks fell to their lowest level in two months on Wednesday as investors weighed the odds that the US would follow through on a threat to increase import tariffs on all goods from the country.

The CSI 300 index of Shanghai- and Shenzhen-listed equities shed as much as 2.1 per cent at the open, which took the benchmark to its lowest level since February, before paring losses to 0.3 per cent by late morning.

The sell-off extended across Asia, with Hong Kong’s Hang Seng dropping 0.7 per cent while Tokyo’s Topix was down 1.6 per cent, having initially touched a six-week low.

Steve Cochrane, chief Asia-Pacific economist at Moody’s Analytics, described US President Donald Trump’s plan to raise tariffs on Friday as a “worst-case scenario” and said no country would escape the impact on global trade.

The losses for Asia-Pacific equities came on the heels of one of the worst days this year for global equities. The MSCI World index of global stock markets dropped 1.7 per cent on Tuesday, its second-biggest decline in 2019. That slide came despite confirmation that Liu He, China’s vice-premier, would arrive in Washington on Thursday for an abbreviated round of trade negotiations.

William Stephens, managing director and head of Asia-Pacific equity strategy at Deutsche Bank, said there was “some concern in the market that the brinkmanship we have seen over the last few months has moved from being just a negotiating tactic to a tangible impasse”.

He added the broad-based nature of the sell-off in Asia might mean investors were taking profits after double-digit gains for some markets in the region this year.

Dong Chen, senior Asia economist at Pictet Wealth Management, said a “number of factors could still support Chinese equities in 2019, such as Trump’s eagerness to strike a deal, the scope for further stimulus in China, and the ongoing inclusion of A-shares in major equity indices”.

As Asian equities lost ground, the yen, a go-to haven in periods of geopolitical uncertainty, rose as much as 0.3 per cent to a five-week high of ¥109.97 per US dollar. The Japanese currency has gained 1 per cent against the dollar since Mr Trump promised new tariffs on Sunday.

In another troubling sign for the global economy, New Zealand’s central bank cut its benchmark rate for the first time since 2016 to a record low of 1.5 per cent, citing slow economic growth.