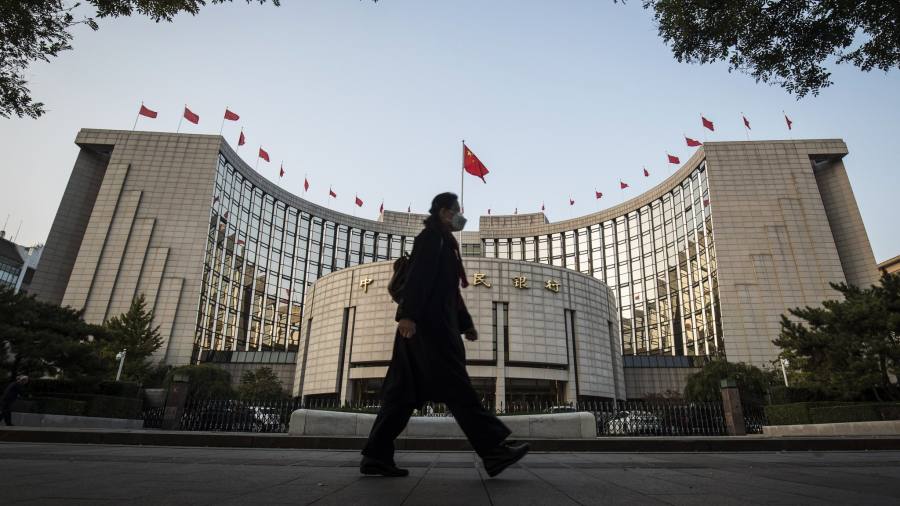 China’s central bank will replace its key lending rate with a more market-driven benchmark in a long-awaited reform aimed at lowering borrowing costs for companies experiencing record defaults this year.

Bank lending in China is priced based on a lending rate set daily by the People’s Bank of China. Banks have used the rate as guidance but the central bank has maintained a strong position in determining the cost of corporate loans.

New measures announced by the central bank at the weekend will make the loan prime rate, or LPR, the benchmark for lending.

Under the new regime, the LPR pricing will be linked to the one-year medium-term lending facility, a rate that is viewed as being closer to market rates for credit and will help lower the cost of borrowing for private companies.

The central bank said in a statement that the move was a “market-based reform measure that will lower real lending rates”.

New urgency has been added to Beijing’s efforts to liberalise rates over the past year as private companies in China face tightened access to credit and an economic downturn linked to the intensifying trade dispute with the US.

The early effects on loan pricing of the latest reform would be hard to gauge, analysts said. The lending rate under the old regime was 4.35 per cent, while the one-year medium-term lending facility, to which the new LPR will be linked, was 3.3 per cent.

“In any case, since policymakers are keen to lower the funding cost in the real economy, both the LPR and average loan rate will probably drop, albeit modestly, after the new mechanism starts,” said Larry Hu, head of greater China economics at Macquarie Capital. “Otherwise, they could put more pressure on banks.”

Analysts said while they expected the new rate to move closer to market-driven pricing they also foresaw continued influence from the People’s Bank of China.

“There are still some obstacles ahead for full-on interest rate liberalisation in China,” CICC analyst Eva Yi said in a note to investors. “The PBoC will probably remain involved in the LPR pricing for now, in order to safeguard the transition and prevent potential spikes in interest rate volatility.”

The LPR will be published on the 20th of each month, starting on Tuesday.

Interest rate liberalisation in China has been a painfully slow aspect of financial sector reform.

China’s banking system was designed to channel the savings of its people into low-cost loans for state-owned companies. For many years, deposit rates and lending rates were kept artificially low for this purpose.

Delays in moving away from that state-planned pricing system have been linked with the creation of government-controlled “zombie companies” that are kept alive only through their privileged access to loans priced far below market rates.

In recent years, state financial planners have pushed through a number of reforms that have nudged the system closer to market forces. The official lending rate was scrapped in 2013, although it has until now remained the key benchmark for the cost of loans. In 2015, the central bank also removed its cap on deposit rates, helping average people earn more interest on their savings.