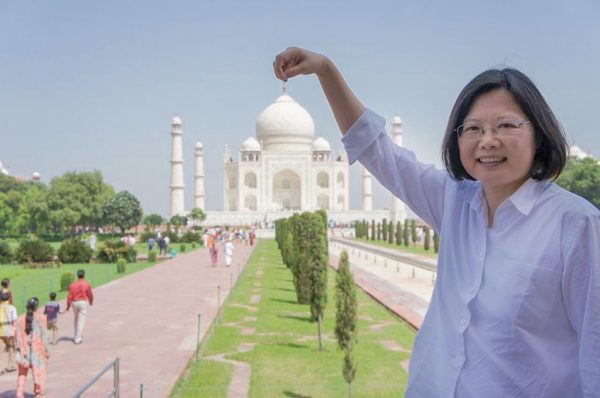 China decided last week to send “guidelines” to Indian media on how to refer to Taiwan ahead of its October 10 National Day. It’s safe to say that decision backfired.

The heavy-handed move by the Chinese Embassy in Delhi, which sent a letter to Indian outlets demanding that they not refer to Taiwan as a country, led to outrage in both India and Taiwan.

“It looks like communist China is hoping to march into the subcontinent by imposing censorship,” Taiwan’s Foreign Minister Joseph Wu tweeted on October 7. “Taiwan’s Indian friends will have one reply: GET LOST!”

China’s brazen move also started a snowball effect of mutual goodwill between India and Taiwan that carried out throughout the week and has shown no signs of slowing.

In India, #TaiwanNationalDay trended on Twitter throughout the day on October 10 as internet users, along with journalists and politicians, sent well wishes to Taiwan.

Y. Satya Kumar, national secretary of India’s ruling Bharatiya Janata Party (BJP), tweeted: “Greetings to my Taiwanese brothers and sisters on #TaiwanNationalDay. India stands in solidarity with the courage, strength and resolve that you people have displayed in your struggle against colonialism and oppression by the imperial power!”

On Thursday, she praised Taiwan’s Indian restaurants, writing that “Taiwanese people love them” and asking Twitter users to share their favorite Indian dishes.

Taiwan and India do not have formal diplomatic ties, but their citizens have bonded over a shared feeling of being targets of Chinese aggression and censorship. This year’s China-India border skirmishes inflamed anti-Beijing sentiments in India and drew netizens to support their counterparts in Taiwan and Hong Kong, bringing along masala chai to become an adjacent member of the online pro-democracy “Milk Tea Alliance.”

While India does not have formal diplomatic ties with Taiwan, it has also not publicly endorsed a “one China policy” of any sort since 2010. (Many countries, such as the United States, endorse their own version of a “one China” policy or principle. Beijing often falsely equates these with its own policy that Taiwan is a part of China.)

Abhijnan Rej of The Diplomat questioned last week what the Chinese Embassy may have hoped to achieve by demanding that Indian media conform to Beijing’s standards, especially when New Delhi refuses to do so itself. He wrote: “It is also possible now there would be a greater, reactive, media coverage of, and op-eds around, Taiwan and its National Day – thanks to China’s sadly on-brand ham-handedness.”

The Chinese demand did, in fact, spur a flurry of op-eds and news coverage of Taiwan’s National Day, and the state of Taiwan-India ties, in both countries.

Wu, the foreign minister, gave an interview to India Today TV, calling for economic and health cooperation between Taiwan and India and saying the two countries should “start by thinking on how to exchange views or intelligence with each other” to counter “the expansionism of [the] authoritarian Chinese Communist Party.”

“We have traditional, good relations with the United States, with Japan and we want to develop closer ties with India as well,” he said.

Wu Yu-chin, a Taiwanese legislator and chairperson of the Taiwan-India Parliamentary Friendship Association, said Friday her group hopes to “form a delegation to visit India’s parliament when the COVID-19 pandemic subsides.”