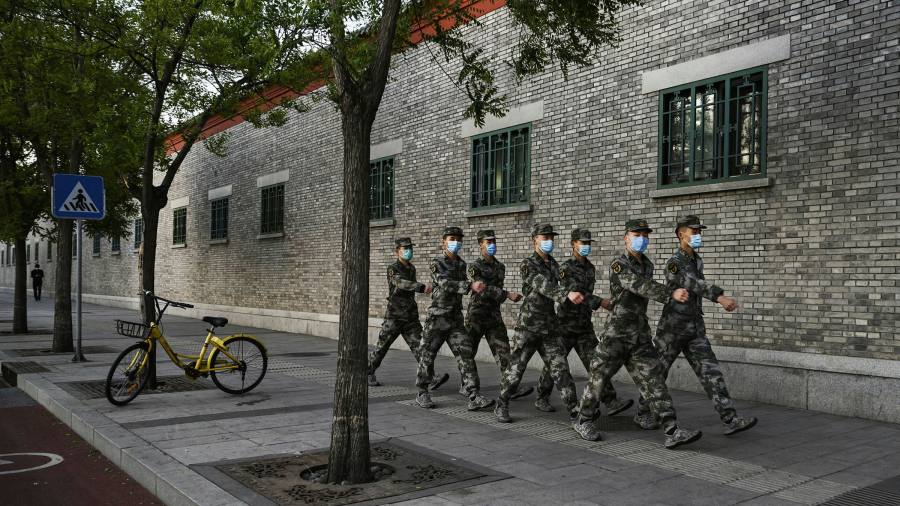 China complained to the EU at least three times and warned bilateral relations would be hit should the bloc publicly accuse it of spreading coronavirus crisis propaganda, according to European officials.

The Communist government made the protests last week after details emerged of an internal EU report that pointed to evidence of Beijing using “both overt and covert tactics” in a “global disinformation campaign” to avoid blame for the pandemic.

The diplomatic pressure highlights China’s strong pushback against accusations from Europe that it is attempting to use the health emergency to sow division and make strategic gains. The EU published some elements of the internal disinformation report in a toned-down form late on Friday, after a behind-the-scenes row between officials over what to include.

The warnings from Beijing came after the news organisation Politico reported excerpts from the EU disinformation report on Tuesday. One complaint was made at political counsellor level to the EU diplomatic service’s headquarters in Brussels and two by the Chinese foreign ministry in Beijing, European officials said.

Wang Lutong, the Chinese foreign ministry director-general for Europe, called Nicolas Chapuis, EU ambassador in Beijing, European officials briefed on the matter said. Mr Wang denied China was spreading disinformation and said he was alarmed by reports that the European bloc was about to issue a statement criticising his country. He said that if the EU were to follow the US in publicly attacking China, it would be pushed back as the US had been, adding that this would be unfortunate.

Mr Chapuis responded that it was the EU’s duty to document disinformation from China and other countries, adding that such activity should be countered and stopped, the European officials said.

Yang Xiaoguang, a Europe specialist at the Chinese foreign ministry, had earlier warned the EU embassy in Beijing against publication of the disinformation document’s conclusions, according to a bloc diplomatic note first reported by Reuters. Mr Yang said publication would severely harm EU-China co-operation and make Beijing “very disappointed” and “very angry”, European officials familiar with the note’s contents said.

The Chinese foreign ministry didn’t respond to a request for comment. The EU said it never commented on internal diplomatic contacts and communications with partners from other countries.

Mikko Huotari, executive director of the Mercator Institute for Chinese Studies think-tank, said the episode showed how the pandemic had prompted Beijing to intensify its efforts to shut down international censure.

“They have been all in on this for months and years and they are pushing it harder now,” he said. “They don’t tolerate any criticism and they don’t seem to recognise that doing this externally will have repercussions for them and their credibility.”

The Chinese pressure sparked a dispute in Brussels during the editing process of a public bulletin based on the internal disinformation report, according to internal emails first reported in the New York Times and seen by the FT. One disinformation analyst raised concerns that changes being made showed the EU’s “apparent willingness to self-censor in response to Beijing’s threats”.

The bulletin published on Friday included allegations of “covert Chinese operations on social media” and attempts by Chinese officials and state media to curb mentions of the city of Wuhan as the origin of Covid-19. The reference in the internal report to a “global disinformation campaign” by China did not appear in the public version.

The EU insisted it had not bowed to political pressure to soften the contents of the published document. It said the bulletin was the product of a normal editing process, adding that it devoted “particular attention” to ensure phraseology in public reports was “unassailable”.