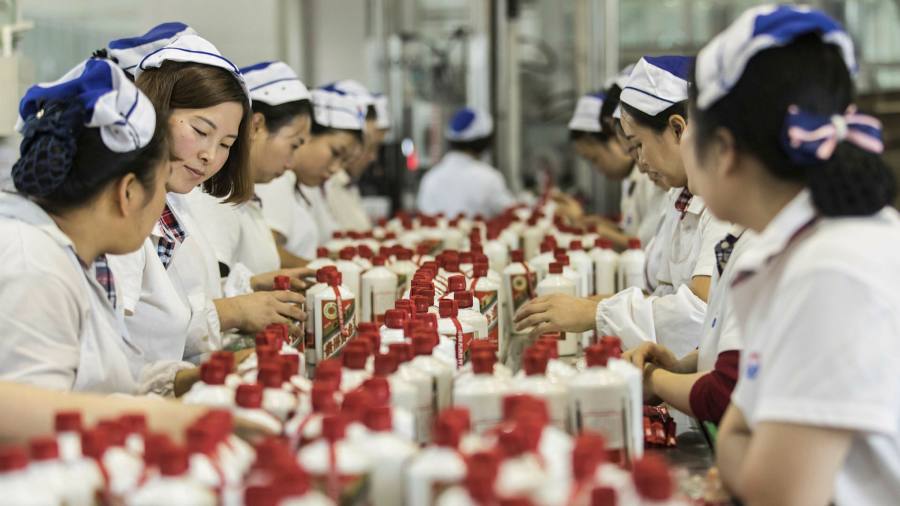 Diageo, the maker of Johnnie Walker whisky and Smirnoff vodka, has said trade in Chinese bars and restaurants has resumed in parts of the country as it cautiously emerges from lockdown.

Global distillers and brewers have been looking to the world’s largest drinks market, where the coronavirus pandemic started, for signs of a return to normality after dozens of countries imposed strict social distancing measures to fight the virus. These measures have all but ended the profitable trade in alcoholic drinks through bars and restaurants.

“In mainland China, we are beginning to see a very slow return of on-trade consumption, as restaurants and bars have started to gradually reopen,” said Diageo, which majority-owns the maker of Shui Jing Fang, a popular brand of baijiu, China’s national spirit, distilled from grain or rice.

Diageo on Thursday withdrew its previous guidance for the 2020 financial year because of coronavirus, after bars and restaurants were mostly closed in Europe, where drinking outside the home accounts for about half of Diageo’s trade, and the US, where it accounts for 20 per cent of its spirits business.

In China, lockdown was formally lifted for the 11m people living in Wuhan, where the pandemic began, this week after two-and-a-half months.

Rival distiller Pernod Ricard said last month it had seen “very limited business” in China in February and March, and expected a “slow recovery from April”.

The apparently vibrant restaurant trade bodes well for the recovery of beer, wine and baijiu consumption

Drinks sector analysts at Bernstein this week said restaurants across China were reopening: they surveyed a sample of 240 restaurants across big cities including Beijing and Shanghai, and found 90 per cent were open — up from 63 per cent on March 16.

“During the Friday and Saturday dinner peak hour (6pm-7pm) most restaurants we surveyed were full to capacity and there were, on average, 25 groups waiting for tables,” the analysts said. “The apparently vibrant restaurant trade bodes well for the recovery of beer, wine and baijiu consumption, in our view.”

Travel restrictions have, however, been reimposed in parts of China on fears of a second wave of infection.

Diageo said on Thursday it had halted share buybacks and was cutting costs as a result of the global impact from coronavirus.

The first phase of a share buyback programme ended in January after £1.25bn of purchases, and the company said it would not carry out further buybacks for the rest of its financial year, ending in June. Interim dividends of 27.41p a share will be paid out this month as planned, however.

The company boosted liquidity by issuing £1.9bn of new bonds last month, and said it would “continue to execute with discipline and invest prudently to ensure we are strongly positioned for a recovery in consumer demand”.