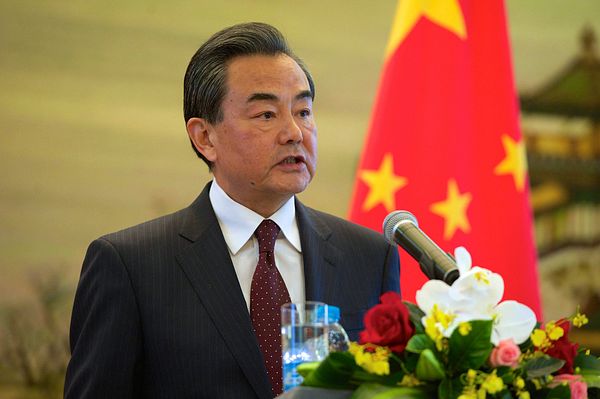 Chinese Foreign Minister Wang Yi urged the United States and China to find ways to peacefully coexist, stating that bilateral relations now face their “most severe challenge” since the establishment of official diplomatic ties in 1979. Wang’s remarks, which framed U.S.-China relations as consequential not only for the two countries but for the world, were delivered on Thursday at the opening of the China-U.S. Think Tanks Media Forum.

Wang’s remarks come against the backdrop of months of tough rhetoric over the global spread of the coronavirus, which first broke out in Wuhan, China; renewed tensions in the South China Sea; mixed international responses to Beijing’s implementation of a new national security law in Hong Kong; and new U.S. sanctions against Chinese officials, including a Politburo member, for Xinjiang policies targeting the Uyghur Muslim minority. The White House also released a revision of the U.S. strategic approach to China in May, which stated that engagement had not been successful, opting instead for a competitive approach that would have greater tolerance for bilateral friction.

Wang’s speech included general comments on the evolution and current state of U.S.-China relations, as well as a set of three suggestions for moving forward. From the outset, Wang hit out against what Beijing views as a growing anti-China consensus in Washington. He blamed “ideological biases,” “ill-informed strategic miscalculation,” and “McCarthyist bigotry” for fueling suspicions and paranoia of all U.S.-China interactions. Wang also spoke out against decoupling, the United States’ approach to restructuring its economic network away from China, as impractical.

Separately, the Chinese foreign minister refuted any Chinese intentions to replace or challenge the United States or export its model of governance. He added “aggression and expansion are never in the genes of the Chinese nation,” and “we never ask other countries to copy what we do.”

Still, Wang touched on a number of recurring themes for China’s development and foreign policy, including the pursuit of “national renewal of the Chinese nation,” “mutual respect,” “win-win cooperation,” and the maintenance of “peace and security of the world.”

In hopes of steering Beijing and Washington back in a better direction, Wang outlined three broad suggestions. First, he urged opening engagement and dialogue across all channels, affirming China’s willingness to restore discussion mechanisms on a wide range of topics and at varying levels. “Only communication can dispel falsehoods. Only dialogue can prevent miscalculation,” he said. Second, Wang called on the two sides to identify and agree upon areas of cooperation, areas that require dialogue mechanisms, and tough issue areas that should be set aside to prevent them from stymieing cooperation. Finally, the foreign minister urged Beijing and Washington to focus on finding ways to cooperatively help the global COVID-19 response.

So how should we view these remarks amid escalating bilateral tensions? Given the venue and the current downward trend in U.S.-China relations, Wang clearly sought to share his message with both domestic and American audiences. However, as Ryan Hass of the Brookings Institution noted on Twitter, Wang was also likely speaking to an international audience in a bid to signal that China is a reasonable global actor, thereby contrasting itself with a United States mired in its ineffective response to the coronavirus and retreating from global leadership.

The general message may be an initial public attempt to scale back the growing mutual animosity. Still, the speech’s contents do little to signal behavioral changes to come on the Chinese side and instead place the onus on Washington to come back to the table.

Although China’s top diplomat Yang Jiechi and U.S. Secretary of State Mike Pompeo pledged to continue communication and engagement last month at their meeting in Hawaii, to date there is little evidence of either Beijing or Washington taking steps in a more positive direction. Whether a U.S.-China détente lies ahead remains a matter of debate. Some analysts claim that the Trump administration’s trade policies have done little to stunt the Chinese economy, and that the COVID-19 pandemic may realign leaders’ interests in favor of post-pandemic recovery thereby creating some opportunities for bilateral cooperation. Others argue that the U.S. domestic political climate will continue to be dominated by “tough on China” positions, preventing any easing in diplomatic tensions. For the time being though, the most pressing question is: who will heed Wang’s message and what response might it receive in Washington or elsewhere?

Why TikTok owner ByteDance is no Huawei for Beijing

The US-China Relationship Is a Shakespearean Tragedy