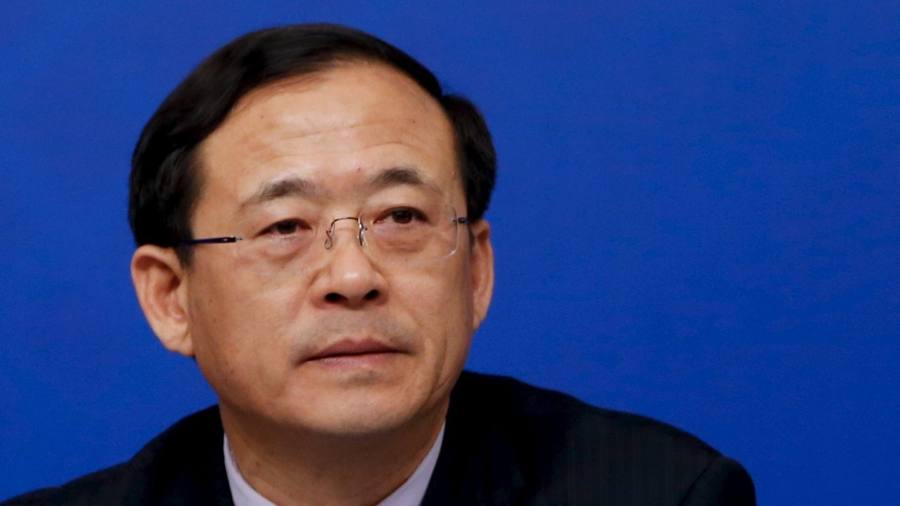 China’s former top securities regulator is being investigated by the country’s corruption watchdog just months after leaving the job.

The Central Commission for Discipline Inspection said late on Sunday that Liu Shiyu, head of China’s securities regulator until January, was suspected of “violating laws and regulations”, a phrase often used in corruption probes in China.

The 57-year-old turned himself in, the CCDI said in a short note on its website, and was co-operating with the investigation. It did not give other details related to the case.

Mr Liu led the China Securities Regulatory Commission from early 2016 to January this year, ending his tenure with one the worst market performances in several years. Negative sentiment and a tightening of liquidity made China’s stock market the world’s poorest-performing big market in 2018.

A former banker, Mr Liu was known as an outspoken critic of unruly players in the market, at one point referring to companies engaged in hostile takeover activity as barbarians. When groups such as Anbang Insurance were spending billions of dollars on overseas acquisitions, Mr Liu publicly accused some companies of borrowing and investing recklessly, without naming specific insurers.

He also once publicly criticised listed firms that refused to pay dividends to investors.

Maintaining stability in China’s markets is one of the top priorities of the country’s leadership. Those who threaten market stability have often faced harsh punishment.

The CCDI, China’s top corruption watchdog, has been at the forefront of a years-long anti-corruption campaign that has seen many of Chinese president Xi Jinping’s rivals investigated and often penalised.

Mr Xi has vowed to rid the Communist party of both high- and low-ranking corrupt officials — in his words, “tigers and flies” — although the campaign has slowed over the past year.

Officials formally investigated by the CCDI tend to vanish from the public eye for six to 12 months before being expelled from the party and handed over to state prosecutors for a summary trial and conviction. It is also possible for CCDI suspects to be later released without charge.

The previous regulatory head to be taken down in a corruption probe was Xiang Junbo, head of the insurance regulator and a technocrat whose policies at times clashed with those of Mr Liu’s. Mr Xiang was detained in April 2017 and expelled from the party later that year.

Mr Liu’s most recent position was as deputy party secretary for the All-China Federation of Supply and Marketing Co-operatives.

He could not be reached for comment on the matter on Sunday.