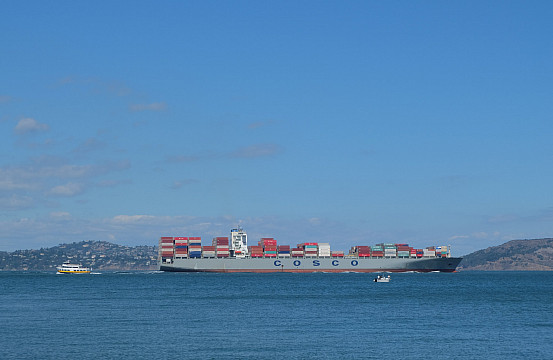 Last month, Hong Kong-based Orient Overseas International Ltd. (OOIL) announced the $1.8 billion sale of its holdings in the Port of Long Beach, California’s container terminal. The sale came amid pressure from U.S. regulators for the Chinese firm to divest from one of the United States’ largest commercial ports citing national security concerns. While OOIL operated the Long Beach port for years, the firm was taken over in July 2017 in a $6.3 billion buyout by the mainland state-owned shipping and logistic giant China Ocean Shipping (Group) Company known as COSCO.

The Long Beach news came and went, but it reveals that China’s port building plans are more complex than conventional wisdom suggests. Most of the world’s focus concentrates on Chinese ports in the developing world, like that of Sri Lanka’s Hambantota or Pakistan’s Gwadar, but the reality is that Beijing is investing in the development and operation of commercial ports worldwide, not just in Asia and Africa, but in more far flung parts of Europe and the Americas.

The beginning of Chinese investments in extraregional ports started before the formal announcement of President Xi Jinping’s flagship Belt and Road Initiative (BRI), but the country’s maritime reach has certainly grown since. Among the major players in China’s outreach are two key state-owned enterprises: China Merchants Port Holdings and COSCO Shipping. In 2013, China Merchants Group purchased a 49 percent stake in the commercial container terminal operator TERMINAL LINK — the other 51 percent is held by CMA CGM, a French firm based out of Marseille; the minority stake indirectly includes port operations in France’s Le Havre and Dunkirk, Belgium’s Antwerp and Bruges, and Miami and Houston ports in the United States. More recently in 2018, China Merchants Port Holdings acquired a 90 percent stake in what is Brazil’s most lucrative terminal, TCP Participações SA.

Separately, COSCO Shipping has been on its own buying-spree. The magnet, formed in a merger of COSCO and China Shipping in 2016, has one of the world’s largest container fleets and operates dozens of container terminals globally. COSCO started buying shares of Greece’s Piraeus port not far from Athens in the late 2000s, and by 2016, it held a majority stake. Chinese investments helped revive Greece’s major port terminal, making it the second largest in the Mediterranean after Valencia in 2018. COSCO Shipping also holds sizeable shares in other European terminals near Belgium’s Bruges, Italy’s Genoa, Spain’s Valencia, and the Netherlands’ Rotterdam. Elsewhere, outside of Europe, COSCO signed a deal in 2018 to invest $2 billion to construct and operate a port on Peru’s Pacific coast.

Still, Western countries retain means to constrain China’s expanding maritime power. For example, the Committee on Foreign Investment in the United States (CFIUS) is an inter-agency body dedicated to reviewing and evaluating national security implications of foreign investments. In recent years, Chinese investments have become subject to heightened scrutiny by CFIUS, including new restrictions on technology transfers. For its part, the European Union agreed to a new framework that entered into force in April 2019 to review inbound foreign direct investment. However, the European mechanism applies to projects or programs of interest to the entire EU, with member states maintaining national agency over foreign investment decisions in their respective territories. There has also been push back in Israel where the government opted to review Chinese investments in the Mediterranean port of Haifa.

Nevertheless, the balance of power between members of the European Union or the United States vis-à-vis China is on more equal footing than the larger power asymmetries that characterize China’s relations with Peru, and potential destinations in Latin American, the Caribbean, or less developed parts of Europe.

Investment in a number of these ports have been wise commercial moves for both investor and recipient. For example, China began delivering much needed funding to the Piraeus port amid Greece’s sovereign debt crisis, rejuvenating the commercial terminal. As for China, trade accounted for 37 percent of its GDP in 2017. Given the importance of trade, port access is indispensable to the Chinese economy with the majority of its exports delivered by sea, rather than by air or by train. Developing terminals and logistics centers helps China boost its control over the supply line of its goods, diversifies trade sea routes, and enhances its self-reliance.

Concerns about the ports are not purely driven by economic factors. Ports by their very nature have the potential to be dual use facilities, docking commercial ships or military vessels. China is modernizing its navy and seeks to demonstrate maritime prowess, though the likelihood of Chinese naval displays of power in Europe or the Americas is far less than in parts of the world closer to Beijing. That being said, a Chinese naval fleet made a friendly four-day visit to Piraeus in summer 2017. Beijing set up its first overseas military base in Djibouti two years ago, and while there has been talk of a potential expansion to Pakistan’s coast, no such plans are in the works for the Mediterranean, Atlantic, or American Pacific coasts.

More questions can be raised about funding. China’s shipping SOEs are profitable, but they have not expanded globally just on their own and instead get support from Beijing, receiving billions of dollars from the likes of the China Development Bank to back BRI projects. As with all things money, there is always the potential for funders to exert leverage. Whether, where, and when Beijing chooses to pull on those strings for political or economic gains still remains unclear.

Let me make it clear more about a METODOLOGIA

Discover Atlantis Resorts. Atlantis ended up being initial all vacation that is gay to charter an all-inclusive resort in 1991.