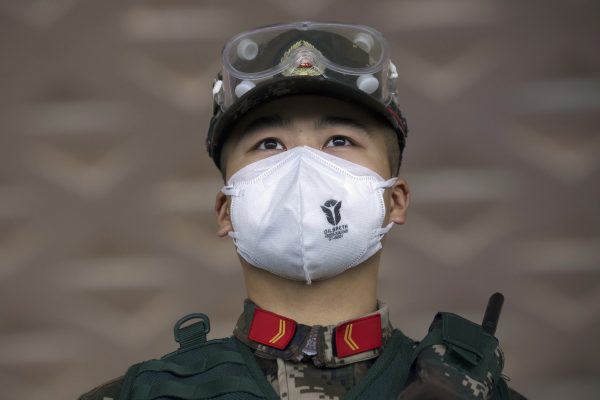 At least according to official announcements, China has emerged from the most critical stage of its battle against COVID-19 and the country is on the road to recovery. In the foreign policy realm, China is eager to change its image, aspiring to be seen as the international community’s leading contributor in the fight against COVID-19, rather than as the source of the pandemic. This initiative is being greeted with widespread skepticism. Meanwhile, the data Beijing releases is being questioned. For China, there is a significant gap between propaganda and fact, making it difficult to know what is truly happening.

However, looking at areas not currently subject to government propaganda, we can see some glimpses of Chinese reality. For example, to tackle COVID-19, Chinese authorities locked down a number of cities and blocked human movement. This unprecedented action has offered some insight into the kind of organizations that function in a state of emergency. Specifically, when the cities were locked down, the activities of China’s Militia, which are normally invisible, became much more public. Residential communities and their community committees, together with workplaces (which used to be called “work units,” or danwei), played a significant role in controlling individuals. It became clear that these organizations still function as tools for keeping tabs on individuals, especially in urban areas. While China’s methods are often described with a focus on digital surveillance, in some ways the country relied on more traditional means of control.

Among these traditional means, regional Militia attracted particular attention because their activities are usually opaque for foreign researchers. The Militia is China’s fourth armed force, usually mentioned together with the active and reserve forces of the Chinese People’s Liberation Army and the Chinese People’s Armed Police Force in the Law of the People’s Republic of China on National Defense. While the Militia is formed by military veterans and party members, its tasks are described as “(making) preparations for war and defense operations and assisting in maintaining public order.” It is believed that its role during the lockdown involved duties related to “maintaining public order.”

The Militia came to the attention of the international community when its members boarded fishing boats in the East and South China Seas. One of the concerns about China’s maritime expansion is that it is being driven not by the military but by people operating in the grey area between military and civilian status. However, the Militia’s activities extend beyond the maritime sphere.

In fact, it was long believed that the Militia numbered in the tens of millions, although today the number is thought to be an order of magnitude less than that. In Hubei Province, where the coronavirus first appeared, around 10,000 members of the Militia were apparently mobilized, fulfilling duties for the local Epidemic Command Centers (ECC), such as shutting down traffic, transporting daily necessities, disinfecting public spaces, and explaining government policies. They also used social media to distribute public health information, in a role that goes beyond relaying information to encompass a promotional aspect in which they seek to symbolize citizens proactively contributing to the government effort. The media has also offered extensive coverage of the Militia, in stories that encourage the public to unite in the fight against COVID-19.

It is important to understand that the activities of the Militia are not really part of the military chain of command. The Militia was mobilized and organized in units that form the basic layer of society, such as residential communities and villages, and fulfilled its ECC duties together with party members. Of course, their activities are likely not limited to the ECC, but have arguably conveyed the impression that the government, party and military – the three pillars of Chinese governance that have been driven into that basic layer of society, including residential communities – are still alive and well. Militia organizations also exist in the business world: Companies have their own Militia organizations in addition to their party organizations. Press reports suggest that these organizations were also involved in efforts to tackle COVID-19.

China is not a country where there is a clear distinction between the state and the community. Instead, the state has driven the three wedges of government, party, and military into Chinese communities to ensure thorough governance. These wedges form the core of the country’s authoritarian system. Of course, problems with the Militia, such as a lack of capability and the aging of its members, have been noted. It is also possible that media coverage of the Militia’s active role is itself evidence that the Militia is not functioning effectively. But there is no doubt that in dealing with the COVID-19 crisis, China offered some insights into its system of governance, and glimpses of the way that system works, and its issues.

Shin Kawashima is a professor at the University of Tokyo.