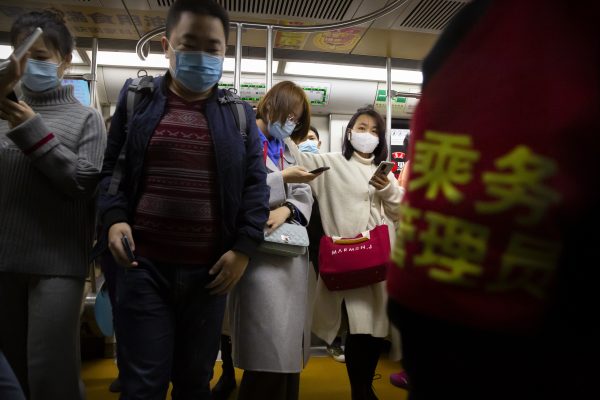 China enjoyed the international spotlight recently because more than 630 million people traveled during the Golden Week holiday surrounding National Day, October 1. The Chinese government pitched the resumption of travel as the apex of China’s victory against the COVID-19 pandemic. Many specialists in China attribute the effective management of the pandemic to the nationwide lockdown, and the “secret weapon” of this successful lockdown was mobilization. Despite successful mobilization in enforcing the lockdown, however, the Chinese government has encountered difficulties in the post-pandemic economic recovery phase. The government has tried to harness mobilization efforts to boost consumption and reduce unemployment, but both attempts have ended in failure.

The lockdown was first instituted in Wuhan on January 23, 2020. As the pandemic spread across China, the Chinese government ordered a nationwide lockdown. During this lockdown, mass mobilization played a vital role in organizing first-line responders and providing medical supplies.

The Communist Party is the only organization that reaches down to the grassroots level in China; even the government stops at townships and subdistricts. Moreover, the Party incorporated rural villagers’ committees and urban residents’ committees into its mobilization effort. As a result, local Communist Party cells could recruit and organize first-line responders from a pool of CCP members and social workers.

First responders played crucial roles in providing necessary services during the lockdown. They delivered supplies such as foods and masks, made regular home visits to distribute information, and patrolled streets to prevent mass gatherings. In rural areas, they even harvested fruits and vegetables amid the labor shortage caused by the lockdown.

Because of the lockdown, China transformed itself from the first COVID-19 epicenter to one of the first countries to bring the pandemic under control. As China slowly lifted the lockdown, the government switched its emphasis to economic recovery. Premier Li Keqiang announced the plan of “production recovery” in the 2020 Government Work Report in May. To address the economic challenges, the Chinese government tried to repeat the success of its COVID-19 management experience and launched two mobilization efforts. However, the two mobilization efforts, aimed at boosting consumption and reducing unemployment, have failed to recreate the success of the CCP’s COVID-19 containment measures.

The first mobilization failure occurred when the government tried to increase domestic consumption. The Chinese leadership identified boosting consumption as vital for economic recovery. Therefore, the government attempted to mobilize people to spend money by offering vouchers. This policy started as a local effort in more than 80 cities and became nationalized after receiving an endorsement from the National Development and Reform Committee, China’s highest economic planning agency. Under the program, consumers receive a price reduction if they spend money on a particular product. For example, a consumer with a voucher can receive 100 RMB off if they spend over 150 RMB in restaurants.

However, the vouchers did not have a significant impact in boosting consumption. Many observers in China anticipated a consumption peak after the lockdown, but this peak had a minuscule impact on the Chinese economy as the service sector failed to bounce back. Restaurant income decreased by 23.9 percent and retail income decreased by 5.1 percent. Overall, the consumption growth rate decreased 20 percent in the first half of 2020; the weak consumption dragged China’s GDP down by 2.3 percent.

During the lockdown, most people lived on their savings to pay for urgent needs such as daily supplies, mortgages and loans. The lockdown drained savings; thus, Chinese families have little extra money to spend. Distributing vouchers does not solve this problem. Vouchers might provide discounts, but Chinese families who struggle through this economic crisis are determined to reduce unnecessary spending regardless of whether there is a price decrease.

The second failed mobilization aimed to put Chinese people back to work. Because of the pandemic, China’s unemployment rate rose to a historic high of 6 percent. The unemployment rate for university graduates reached 19.3 percent. In addition, more than 2.7 percent of migrant workers and 10.7 percent of service sector workers lost their jobs.

The mobilization started when Li endorsed a night market in Shandong. After Li’s endorsement, a national drive to open night markets took place. JD, a Chinese internet giant, developed software applications for micro-lending. In some cities, Urban Administration Bureaus (chengguan) set up vendor recruitment targets. In other cities, the governments published “night market maps” to attract both vendors and consumers.

However, the street vendor mobilization met resistance from China’s megacities. The mouthpiece newspaper of the Beijing Government, Beijing Daily, criticized street vendors as “unhygienic and uncivilized.” Other first-tier cities such as Shenzhen and Shanghai followed Beijing in opposing loosened restrictions on street vendors. Soon, the Propaganda Department censored the “street vendor economy” from official media. Local governments nationwide quickly reversed their support as they sensed a change in the political winds.

The split between Li and local officials in megacities was a key factor in the failure of this mobilization effort. It is rare for a local government to openly challenge a central government policy through its media mouthpiece. One can conclude that Li might not have consulted with megacities’ leaders prior to initiating this policy. Either way, the mobilization could not sustain its momentum without local support.

Why did mobilization efforts fail in the economic arena? First, mobilization requires top-down command. However, efficient economic growth requires grassroots and bottom-up initiatives. The government failed to boost consumption through mobilization when people decided to reduce spending. Second, mobilization only works well when everyone focuses on the same policy objective. When countering the pandemic, the government had a unified goal. However, as the street vendor movement shows, different governments have different priorities in terms of economic recovery. The lack of a singular objective caused a split of leadership and contributed to mobilization failure.

These failures should not surprise China. Managing a pandemic is like fighting a war, and mobilization is effective during wartime. Managing the economy is completely different. The Mao era taught the CCP that running a war-time economy in peacetime inevitably leads to disaster. One lesson the Chinese government should learn from these failed economic mobilizations is that there is no short-cut when it comes to economic development. Its mobilization system is superb at managing emergencies. However, China still needs to pursue economic reform in order to reinvigorate its economy after the pandemic.

Zhuoran Li is a MA candidate in International Relations at the School of Advanced International Studies (SAIS), Johns Hopkins University.