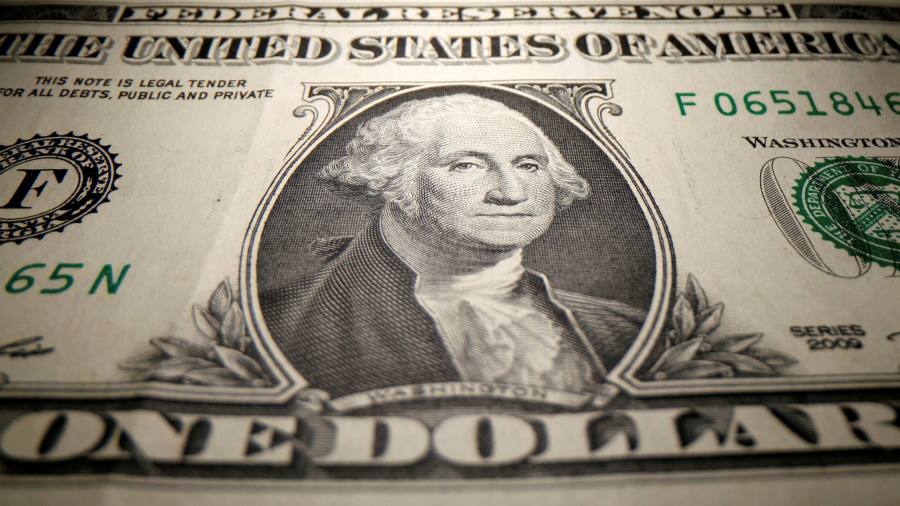 When things cannot go on forever, they stop. And so it is with China’s support of the US dollar. Foreigners sold more than $500bn of US government bonds during the second quarter, and perhaps one-third of that was unloaded by Chinese entities. The trend is worth watching.

Ever since 2001, when China was allowed unfettered entry into the World Trade Organization, the country has played a huge behind-the-scenes role in pushing up the value of the US currency and suppressing US bond yields.

In barely two decades, China’s share of the $140tn pool of global liquidity — defined as total savings plus credit — leapt from about 6 per cent to well over 25 per cent. China invoices goods in US dollars, invests in US dollars and provides timely countercyclical boosts of fiscal and monetary policy for its dollar-hungry economy.

Flows from China were most obvious in 2015-16, when an anti-corruption drive from President Xi — forcing capital out of the country — resulted in a spike in the dollar and a collapse in Treasury yields.

But it goes well beyond this. We estimate that the bulk of the near-30 per cent rise in the US currency since the mid-2000s and about three-quarters of the drop in US bond yields can be attributed to China effects.

These gains are fragile, though. Looking ahead, they could quickly reverse, with the US dollar losing a quarter of its value and long-dated US Treasury yields again testing 2 per cent, almost triple current levels. In that event, European markets could gain what America loses.

If China is going to maximise its potential over the long run, it needs to get off the dollar hook and become a major exporter of its own currency. But the country’s key problem is that its domestic financial markets are too under-developed to intermediate cross-border capital flows. Foreigners still have limited access to China’s bonds; there is no sizeable renminbi-based trade credit market for the nation’s banks; and the currency itself is not widely traded outside China.

What is more, China’s domestic institutions are reluctant to take on foreign exchange risk, given their predominantly renminbi-denominated liabilities. This forces the Chinese government to collectively manage international reserves through the State Administration of Foreign Exchange, which now holds at least $1tn of politically-sensitive US Treasuries.

Yet, faced by the West’s latest threats of economic containment and a potentially long struggle over trade, capital and technology, China has the power to disrupt markets.

Even a partial switch away from the US dollar should help the euro, the number-two world currency. Bear in mind that a newly assertive European Central Bank is prepared to match the US Federal Reserve in balance sheet expansion through its pandemic relief programme. In that context, a clear catalyst to pull these disillusioned Chinese assets toward Europe could be the EU’s plans to issue €750bn of so-called eurobonds.

On top of that, France could be set to boost its fiscal spending by 25 per cent of GDP through tax cuts and state aid, while Germany is looking at an increase of about 45 per cent, financed by bond sales. In other words, US Treasuries are no longer the only safe assets in town.

Safe assets are vital to the health of the financial system. Despite a major push by regulators to force financial institutions to hold more prudent portfolios after the 2008-09 financial crisis, the supply of such assets in the years since then has increased by a meagre 38 per cent, by our reckoning.

Much of that supply has been gobbled up by central banks to facilitate their own QE policies, leaving the private sector bereft. Europe has been particularly starved. Ratings downgrades following the 2010 banking crisis and lower government debt issuance, significantly reduced new supply.

The result was that Europe’s available stock of triple A rated debt securities halved from around 40 per cent of eurozone GDP in 2008 to barely 20 per cent last year.

Not surprisingly, many eurozone bonds fell to negative yields, while fast-moving cross-border capital eagerly sought out American alternatives. We estimate that since the 08-09 crisis, the US debt markets satisfied global safe-asset demands totalling nearly 50 per cent of US GDP.

But markets follow money. The coming flood of ECB liquidity and eurozone safe assets, alongside the pressing need for China to diversify, could cause a radical change in capital flows.

If we are correct that China and the eurozone team up, then investors should knuckle down for a weaker US dollar, a stronger than expected eurozone recovery and further gains in the stock market.

The writer is chief executive of CrossBorder Capital and author of the new book, Capital Wars: The Rise of Global Liquidity