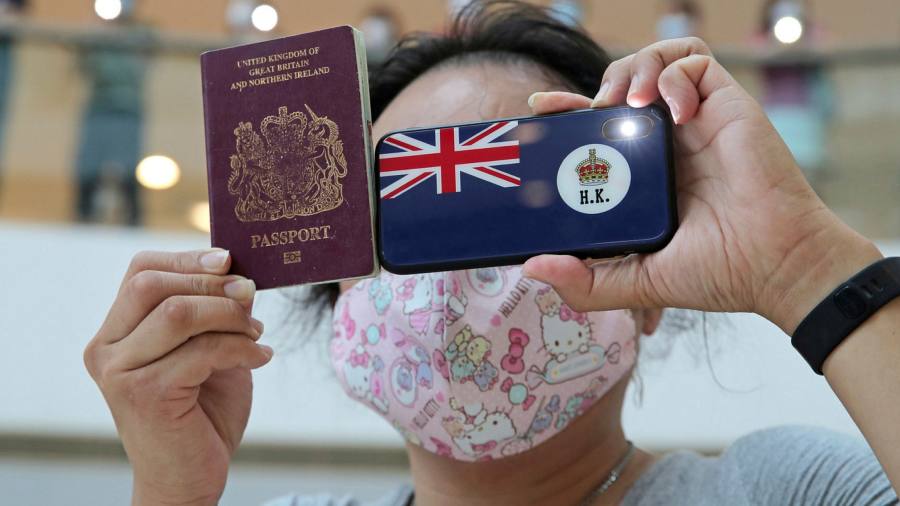 The writer is author of ‘Red Flags: Why Xi’s China is in Jeopardy’, and an associate at Oxford university’s China Centre

The UK is now firmly in China’s diplomatic crosshairs. The British government’s position regarding Hong Kong in the wake of the national security law, and its expected decision to reject Huawei in the 5G rollout have unquestionably ruffled feathers in Beijing. Britain may soon join a list of several countries sanctioned commercially for not complying with China’s wishes. The UK and China will both have to exercise great care as their brief golden era tryst becomes much more fractious.

It fell to China’s ambassador to the UK, Liu Xiaoming, to warn this week that there would be “countermeasures” if the UK government were to “interfere” in Chinese internal affairs by offering up to 3m British National (Overseas) passport holders in Hong Kong a path to UK citizenship. In a spirited defence of Huawei as if it were a state enterprise, moreover, he warned of “consequences” if the UK’s shifting attitude to China became hostile.

Such threats have been common in the past 10 years against countries which have not done China’s bidding, or otherwise offended its narratives. They have typically entailed commercial sanctions intended to deny opportunities for foreign businesses to trade with China or operate there.

In 2010, a Nobel Prize award to the Chinese dissident Liu Xiaobo resulted in sanctions against Norwegian salmon and other imports. A row with Japan in 2012 over disputed islands in the East China Sea led to anti-Japan demonstrations, and a campaign against Japanese businesses in China. Commodity companies in Mongolia were penalised in 2014 over a visit there by the Dalai Lama. In the same year, the Philippines was targeted over the disputed Scarborough Shoal in the South China Sea. South Korean tourism and companies were hit by a campaign in 2016 to protest against the installation by Seoul of a controversial US missile shield system.

Leaving aside the more recent trade war with the US, China also incarcerated without cause in 2019 two Canadians as retaliation for the arrest in Vancouver of Huawei’s chief financial officer, whose extradition case to the US is still being heard. This year, it announced trade sanctions against Australia over the latter’s call for an independent inquiry into the origins of the coronavirus pandemic.

If the UK were to be hit by Chinese commercial sanctions, leading non-financial and banking groups could be affected. In the past, these measures ended up as bluster, or, as the Chinese saying goes, “loud thunder, little rain”. The hit to trade volumes or business in China was temporary and the recovery swift.

But with geopolitical relations now in a period of mistrust, and intense rivalry over global governance standards, we cannot be sure what China might consider, or of the consequences. At the very least, UK companies might find the operating environment in China much tougher.

The UK should tread carefully, given it is a fifth as large as China. But it also has some potential leverage. China has its hands full already with domestic economic travails, multiple conflicts with the US, and broadening pushback among developed, key emerging, and Belt and Road countries.

The UK has certainly been the favoured destination for Chinese direct investment in Europe, with significant engagement in technology, energy, transport, and research and development. For China, this investment remains strategically significant.

London, moreover, holds significant interest. The City is the biggest centre for renminbi-denominated trading and bond issuance outside Asia. With the threat growing that the US might restrict access to US dollar funding to individuals and banks over the treatment of Uighurs in Xinjiang and the new law for Hong Kong, Chinese officials are again, after a long hiatus, talking up internationalisation of the renminbi. Significant barriers to realising this goal have not changed but the City can certainly feed some of the expectations Beijing may harbour.

The UK has to reboot its relationship with a China that is simultaneously a commercial partner and rival, and political adversary. Britain has aligned interests with China in climate change, public health and sustainable development, but also important security concerns involving technology and data, and very different views about governance, values and standards.

For the UK government, difficult decisions lie ahead. Somehow it has to embrace both support for engagement with China, and the right to oppose. The risks of overplaying on either side are considerable.