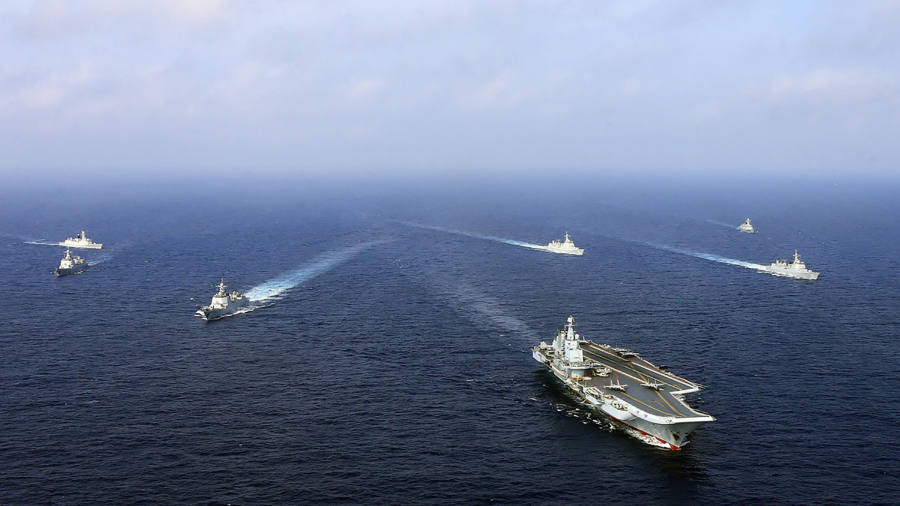 As Asia’s premier security forum, commonly known as the Shangri-La Dialogue, starts this week, a central question looms over the gathering: how will the US Navy deal with its strengthening Chinese counterpart.

Between 2014 and 2018, China built more submarines, warships, amphibious vessels and auxiliaries than the combined active navies of Germany, India, Spain and the UK, says the International Institute for Strategic Studies. China’s navy has the means to develop into a formidable sea power: sustained investment, a self-sufficient defence industry and a government committed to building the People’s Liberation Army into a world-class military.

Less combat-tested than the army or air force, China’s navy has come into focus as its sense of vulnerability at sea has grown. The US Navy regularly sends warships through the South China Sea in Freedom of Navigation Operations that challenge what China sees as its sovereign territory and the US considers militarisation. China, as the largest trading and exporting nation, is also growing more concerned about the security of international sea lanes. At least five Chinese merchant vessels were hijacked in the Gulf of Aden and the Gulf of Guinea between 2009 and 2013.

Beginning in 2008, counter-piracy efforts gave the PLA Navy its first chance to conduct “military operations other than war” beyond Chinese waters. Since then its ships have spread far and wide, and China set up a naval logistic supply station in Djibouti in 2017.

China aspires to be admired rather than feared by the outside world. Since 2010, the Chinese naval hospital ship Peace Ark has visited 43 developing countries to provide free medical services. More than half of the 6,631 ships escorted by Chinese task forces in the Gulf of Aden are foreign-owned. When violence spread in Libya and Yemen, the PLA Navy evacuated foreigners along with Chinese citizens.

I predict that the Chinese navy will not seek to dominate maritime “choke points” and fears that it is creating a “string of pearls” system of military bases for power projection in the Indian Ocean are overblown. Instead the Chinese navy has to co-operate with its neighbours to share information and rules of engagement, improve interoperability and enhance joint operational capabilities. That’s why the Chinese task forces participate in joint naval operations with other countries and in the Bahrain-based Shared Awareness and Deconfliction platform that combats piracy in the Indian Ocean.

The more the Chinese naval ships sail around the globe, the more likely they are to encounter US naval ships. This could mean either contention or co-operation. Some in China worry that the US could block the Strait of Malacca, which supplies more than 80 per cent of China’s oil imports. Meanwhile some Americans fear China is trying to drive the US out of the Indo-Pacific.

Both China and the US have nuclear weapons, so the chances of a decisive sea battle between them are slim. But dangers lie in the South China Sea, where tense encounters between the US and Chinese navies have become common. John Richardson, who heads the US Navy, recently announced that the US will react to provocations from the Chinese coast guard and fishing boats as it would from the Chinese navy. Although it is fair to say neither the Chinese nor the American side wants a fight, the challenge is to ensure the encounters do not spark bigger conflicts.

It would be far better for the two navies to co-operate rather than remaining at loggerheads. The first step would be to agree on a flexible interpretation of freedom of navigation. They could then co-operate elsewhere in international waters. Counter-piracy, which once united 20 navies in the Gulf of Aden, is a brilliant example of how common interests may bind unlikely partners. It is also a good place to start.