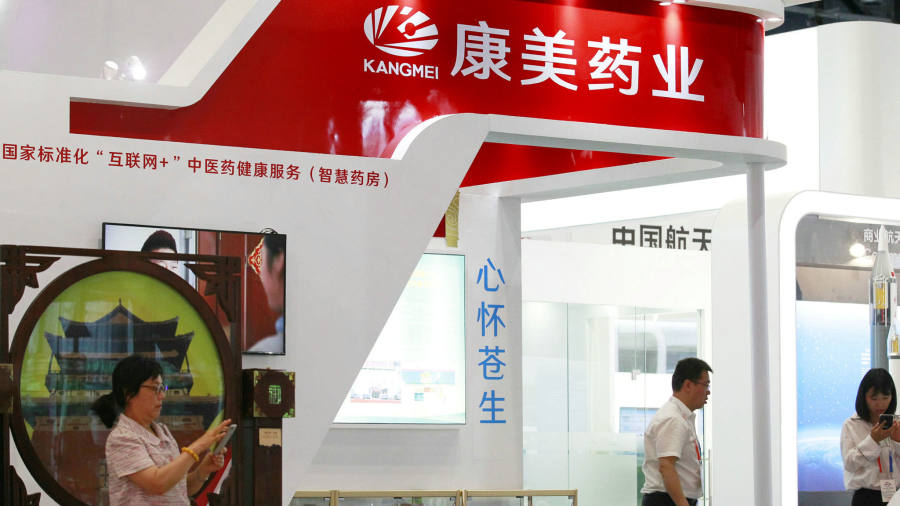 A Chinese pharmaceutical company that overstated its cash balance by Rmb30bn ($4.4bn) said on Wednesday that it did so by using false documents — an admission that sent it shares down 5 per cent.

Guangzhou-based Kangmei Pharmaceutical became embroiled in one of China’s biggest accounting scandals in recent memory when it in April disclosed several huge errors in its 2017 annual report, which resulted in it revising down its operating revenue for that year by Rmb8.9bn.

The incident attracted global attention because the company is included in MSCI’s Emerging Markets index, which is tracked by about $1.9tn in funds. The scandal has underscored concerns that global investors could face greater-than-anticipated risk when allocating investment to China via the MSCI index.

Kangmei said in a filing on Wednesday that the $4.4bn overstatement was connected to false documentation and transaction records, and noted that “major shortcomings existed in [its] internal controls”.

The company has been under investigation in China for several months and the securities regulator has already accused it of wrongdoing. In April Kangmei blamed an accounting error for the cash balances overstatement.

Wednesday’s filing to the Shanghai Stock Exchange was the first official disclosure from the company that false transaction records were connected to its misreporting.

Kangmei shares fell by their daily allowed maximum of 5 per cent on Wednesday. The stock has lost more than 60 per cent of its market value since late April when the accounting irregularities were revealed.

Despite the steep decline, trading in the company’s shares has not been frozen by Chinese regulators. Prior to MSCI’S maiden inclusion last year of several hundred Chinese shares in its index, long freezes on trading in troubled companies — trapping shareholders — was a top complaint of global investors in China’s stock market.

By the end of this year MSCI’s China weighting will rise to 3.3 per cent of the EMs index, up from less than 1 per cent at the start of the year. The reshuffle of the benchmark is expected to result in an inflow of more than $100bn as investors are obliged to allocate more to China.

Kangmei is not the only Chinese company tracked by the indices to run into trouble.

In March, Hong Kong’s securities regulator froze the shares of China Ding Yi Feng after they rocketed more than 5,000 per cent — a rally that earned them inclusion in MSCI’s EMs index in 2018. The Shenzhen-based company, in which BlackRock holds 2.29 per cent, according to the latest listing of shareholders from Bloomberg, was later accused by the regulator of market manipulation.