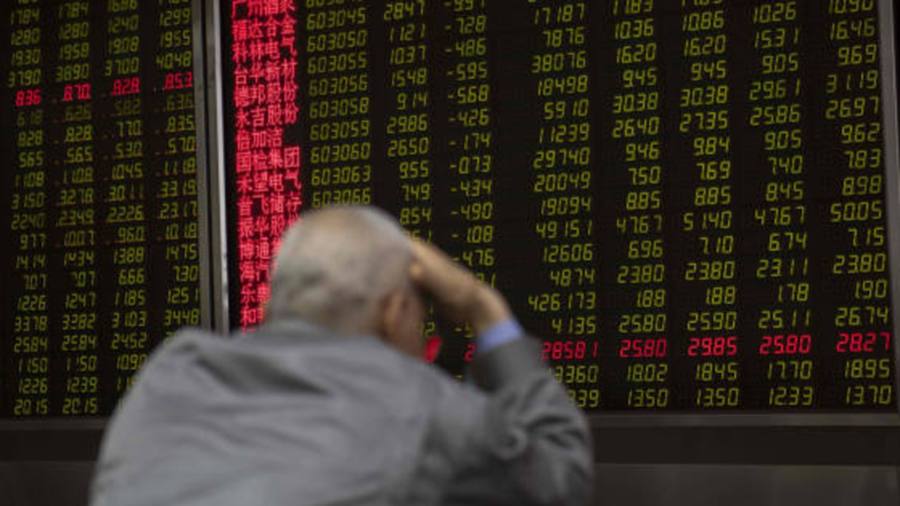 Chinese stocks ended Friday sharply higher after a frenetic few hours that saw the local benchmark whipsaw between gains and losses amid the latest developments in the US-China trade war.

The key CSI 300 index eventually closed up more than 3.6 per cent on a day that saw trade tensions between the US and China escalate markedly as negotiations in Washington failed to produce a breakthrough.

Chinese stocks initially rose early in the trading day on optimistic comments made by US President Donald Trump regarding trade talks. They then slipped into negative territory following the lunch break as the deadline to halt the imposition of new tariffs passed without resolution.

Finishing off a rollercoaster day, the CSI 300 then rallied strongly in the final two hours of afternoon trading. The move was mirrored by Hong Kong’s Hang Seng index, which was up 1 per cent after a similarly brief fall in the afternoon.

The wild moves in Chinese equities left some fund managers speculating over the involvement of the so-called “national team”, or funds that buy local shares at the behest of the Chinese government.

“Whether this has been boosted by non-commercial buying support is unknown,” said Khiem Do, head of Greater China investments, global markets, at Barings.

Whatever the cause, Friday’s performance marks the CSI 300’s best one-day gain since late March and ends a difficult week for Asian equities on an upbeat note.