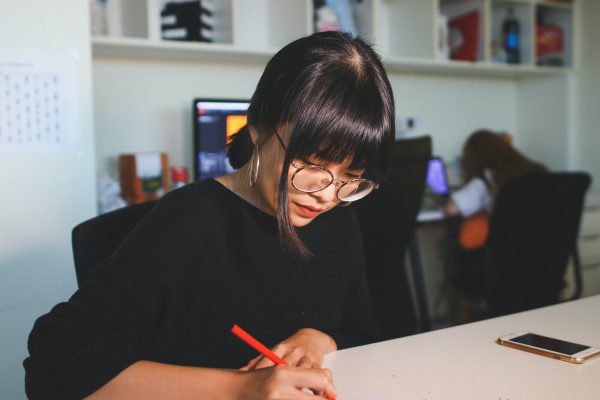 Chinese women have been lauded as being resilient, intelligent, resourceful and hard-working. Based on the Huran Report’s wealthiest self-made women in 2020, it’s easy to see why. Chinese women account for 61 percent of the world’s self-made female billionaires. Among the top 10 alone, a staggering nine are from China. Women in China are receiving greater higher education, more extensive international experience and more fruitful career prospects than their predecessors – with intriguing consequences for Chinese feminism.

In February this year, a panel discussion was held at the University of Cambridge on female Chinese representation in elite institutions. From backgrounds in bioengineering, banking and business, the four speakers were: Cindy Lo, Global Head of Liquidity Solutions at HSBC; Ting Zhang, founder of Crayfish.io; Qun Yang, co-founder of biotechnology company Biorbyt; and Yan Yan Shery Huang, university lecturer and associate professor in Bioengineering.

Each woman had a unique perspective on their position as a Chinese-identifying woman in Cambridge. The panel speeches included tales of cultural integration, confidence, career expectations, strong women in previous generations, the retention of Chinese values when abroad, the economic opportunities available to women, Chinese men’s domestic role as well as the “double burden” faced by women. The discussion opened a Pandora’s box and the breadth and depth of issues addressed offered personal yet practical insights.

“Chinese feminism” imbeds more subtle undertones than the feminism I’ve come to know as a white British woman, and it is arguably a movement in its own right. That is not to say that global feminist and gender equality movements should be independent bodies. The challenges faced by Chinese women are underpinned with historical and cultural meaning.

“The Birth of Chinese Feminism” is a collection of eight essays, six of which are written by the anarchist feminist He-Yin Zhen, and the remaining two by her male affiliates, Liang Qichao and Jin Tianhe. Considered a catalyst for Chinese feminist theory at the turn of the 20th century, in fact in his piece  “Women’s Bell” (nüjie zhong), Jin Tianhe didn’t imagine himself in Beijing, but Paris. There is reason to believe that he and his male peers were attempting to reinvent an image of Chinese women according to how they perceived Western women to be.

The more we hear impressive tales of Chinese women settling into academic fellowships and establishing their own multi-million enterprises, the more we see contradictions emerge. In 2019, the elite Tsinghua University’s gender ratio stood at 34 percent female, 66 percent male. Political representation is also unequal; since 1949, only six female members have stood on the 25-member Politburo.

Nevertheless, Chinese women are flourishing in entrepreneurship. Successful female role models are more likely to be found in industries that create and connect, such as technology (Zhong Huijuan, – personal wealth of $15.1 billion – founder of Jiangsu Hansoh Pharmaceutical Group) or manufacturing (Wang Laichun — net worth of $8.3 billion — founder of Luxshare Precision) as opposed to real estate, which is a popular option among their male counterparts.

Nearly all the panel speakers joked of their “tiger mother” predisposition, reinforcing the longstanding tradition of education as the sole route for social mobility in China. Yet they found that intermarriage with European men had “softened” their parenting approach. A male student questioned why all the panel speakers had married non-Chinese men and pondered (in his opinion) how Chinese men could reflect on their desire for obedient, quiet women as opposed to those with a more independent flare.

The historic appreciation of “little women” (xiao xi fu) who align with Confucian values that “men are superior to women” was laughed at by each panel speaker in turn. The attributes of a “little woman” are: shy, someone who is very suitable to take care of a husband, a petite woman who embroiders, a quiet and gentle woman. Yet for the successful, setting a new standard for how Chinese women conduct themselves in male-dominated industries, raise children and maintain a Chinese identity is as intertwined with the past as it is the present. Chinese women are swimming against the current of systemic gender inequality both in China and overseas to create their own space and value.

Olivia Halsall is an MPhil Education candidate at the University of Cambridge. She holds a 1st Class BA in Modern Languages with Business Management from the University of Birmingham, during which she attended Tsinghua University as a recipient of the CIS Confucius Language Scholarship.

Purchase now, spend as time passes with PayPal Credit. No Interest if paid in full in half a year on purchases of $99+.